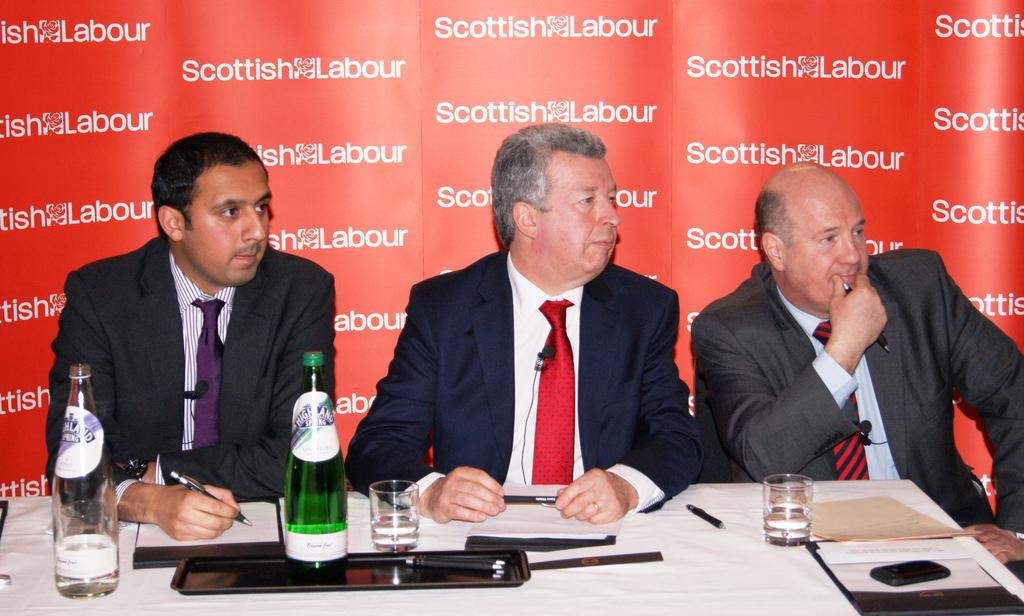 ED Miliband will visit Edinburgh tomorrow [Saturday 7 March] to address the dispirited Labour party faithful in Scotland. This follows a number of recent set backs that suggest Labour is heading to its worst Scottish General Election performance in living memory.

What is happening to Labour in Scotland? We take a look at some of the main points.

1. Polls by Lord Ashcroft predicted a Labour wipe out

On Wednesday, new polls from Lord Ashcroft showed that the SNP is still on track to win a majority of seats in Scotland. Great news for the SNP, but signs that even the intervention of Jim Murphy as Labour’s leader in Scotland is failing to reverse the party’s decline post-referendum.

Out of the total 24 polls of Scottish constituencies, the SNP was ahead in 21 areas, Labour in two seats and one seat was tied between the SNP and the Conservatives.

Some of Labour’s safest seats were predicted to fall to the SNP, including seats currently held by former prime minister Gordon Brown and former chancellor Alistair Darling.

This boosted confidence in Labour’s political opponents, the SNP, which says it will seize a balance of power at Westminster in May’s election. (Click here to read more)

2. Labour MPs demanded Ed Miliband rule out any deal with the SNP

In another development on Wednesday, Scottish Labour MPs – frightened that a huge election defeat may be on the cards – asked Ed Miliband to step in and rule out a deal with the SNP after the General Election.

The SNP supports a ‘confidence and supply’ agreement with Labour after the election, meaning that Labour can count on the SNP’s support to stay in government as long as further powers are delivered to Scotland, budgets are delivered which ‘end austerity’ and trident nuclear weapons renewal is rejected.

But Scottish Labour MPs want this possibility ruled out before the election to encourage Scottish voters to return to the Labour Party.

An unnamed source close to Labour’s Scotland leader, Jim Murphy, told the Scotsman newspaper: “It will be a cold day in hell before Scottish Labour agrees to deal with the SNP.”

But if Labour refuses to work with the SNP, that could lead the Conservatives to rule as a minority government – a risk that was attacked by SNP campaign leader Angus Robertson MP: “People in Scotland would not forgive Labour if they refused to work with the SNP and ushered in another five years of Tory government,” he said.

On Thursday, the day after scary polls for Labour and pleas from Scottish MPs for a London intervention ruling out working with the SNP, Lord Andrew Adonis, a senior Labour advisor who is touted to be involved in any negotiations after the election, promptly refused to do so.

When asked several times on the Daily Politics show as to whether he supported the position of Scottish Labour MPs, Adonis refused to answer.

The interviewer asked: “Would you advise Ed Miliband at this point to rule out doing a deal with the SNP in the event of a hung parliament?”

Adonis, dodging the question, replied: “What we need now is the largest possible number of Labour MPs. It’s what we’re going to be campaigning for in Scotland, with Jim Murphy, with Ed Miliband. And, as I say, opinion polls 63 days out – it’s very clear opinion is volatile.”

The following day, former Tory prime minister John Major waded into the debate and gave Scottish MPs some words to cling on to. He backed Scottish Labour, and said Ed Miliband should rule out a deal with the SNP.

4. A Labour MP suggested ‘abandoning Glasgow’ in a fight over election resources

Reports in The Scotsman on Friday revealed tensions across Labour’s parliamentary group in Scotland.

The report stated that “several MPs have demanded that the party forgets trying to save the west of Scotland while one said that they should abandon Glasgow”.

The demands are dramatic – Glasgow has traditionally been a strong Labour area. However, Glasgow voted Yes for Scottish independence and Labour now fears voters have ditched it over its relationship with the Tories in recent years.

An internal email spat attacked new Labour leader Jim Murphy for focusing resources on Glasgow and the West of Scotland when the party was facing electoral challenges across every one of its seats in Scotland.

One MP told the paper: “We really should forget about anywhere west of the Lothians and concentrate on areas which voted strongly No.”

That would mean that Labour abandoned its seven seats in Glasgow, four seats in North Lanarkshire, and one seat in Dundee.

Another senior party source told The Scotsman: “We really need to forget about places like Airdrie and Shotts or Margaret Curran’s seat [Glasgow East]. We have probably lost those… At this rate he will be the next Scottish secretary because there will be nobody else left standing.”

5. Labour in London is split on the trident debate

Reports in The Daily Mail suggested that the Labour leadership in London faces its own divisions over the decision on whether to renew trident nuclear weapons.

The paper reported that shadow cabinet member Lord Wood was pushing Miliband to ditch weapons of mass destruction. It claimed Wood “would be a key figure in any coalition talks, raising the possibility of a Labour U-turn.” The news will be welcome to the SNP, which wants to get rid of trident.

Also this week, a survey conducted by the Campaign for Nuclear Disarmament (CND) found strong support among Labour’s prospective parliamentary candidates in opposition to the renewal of the trident weapons system. (Click here to read more.)

However, the proposals for renewing trident nuclear weapons are still expected to be included in Labour’s manifesto, and the issue could be key in determining how any future negotiations between Labour and the SNP work out.

All of these issues, and more, will confront Ed Miliband on his visit to Scotland.