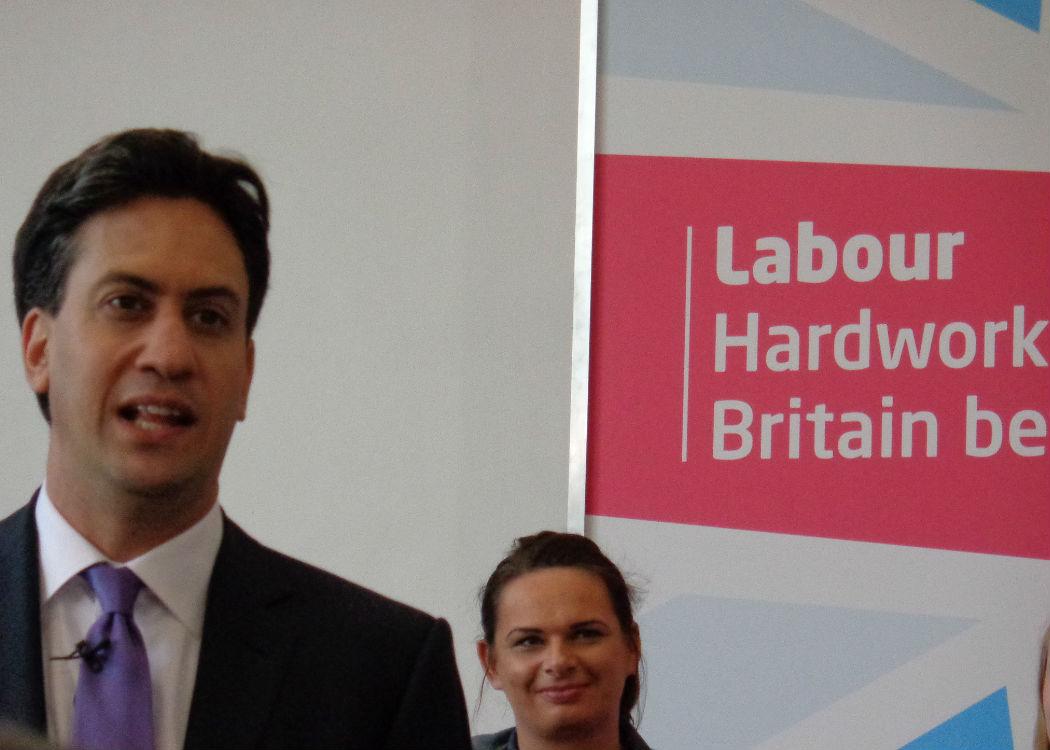 SNP may hold balance of power but Labour remain noncommittal

LABOUR leader Ed Miliband has insisted that he is concentrating on winning a majority at the general election and not thinking about doing a deal with the SNP.

During a visit to Glasgow, Miliband told media that that the General Election was a straight fight between his party and David Cameron’s Conservatives.
According to pre-election statistics, another hung parliament is a strong possibility at May’s election and there has been persitent talk of a potential deal between Labour and the SNP.

Polls currently show that almost all of Labour’s 41 seats in Scotland could be in jeopardy as the SNP lead the party by around 20 percentage points
.
“If you want change and you want this Tory government out, the only way to make that happen is to vote Labour.” Miliband said. “A vote for any other party is a risk you don’t see the end of a Tory government. I do want to make that absolutely clear to people, because the Scottish people have shown time after time their desire to get rid of David Cameron and his government, and there is only one way to do it.”

Miliband was speaking while on a visit to City Building training centre in the East End of Glasgow, alongside Jim Murphy and Margaret Curran.

“I have only one focus, which is a majority Labour government.”

However, refusing to rule out a deal, the Labour leader said: “I have only one focus, which is a majority Labour government. I couldn’t be clearer – I think Jim (Murphy) has said we don’t need, we don’t want and we’re not planning for that, and that is my position too.”

If the SNP hold the balance of power they will demand full fiscal autonomy for Scotland, an end to Britain’s nuclear deterrent and a reversal of austerity measures, in return for any such deal. The SNP has already ruled out doing a deal with the Conservatives under any circumstances.

In a party political broadcast last night, the SNP sought to portray Labour and the Conservatives as two sides of the same coin.

“The fact is, only the SNP will force Westminster to listen to the people of Scotland.”

“Never has it been more vital to make Scotland’s voice heard loudly and clearly in Westminster,” said leader Nicola Sturgeon. “Time was Labour used to stand up to the Tories, but now it seems they’re joined at the hip. They campaigned together in Scotland’s referendum. The fact is, only the SNP will force Westminster to listen to the people of Scotland.”

This year’s General Election will take place on Thursday 7 May.