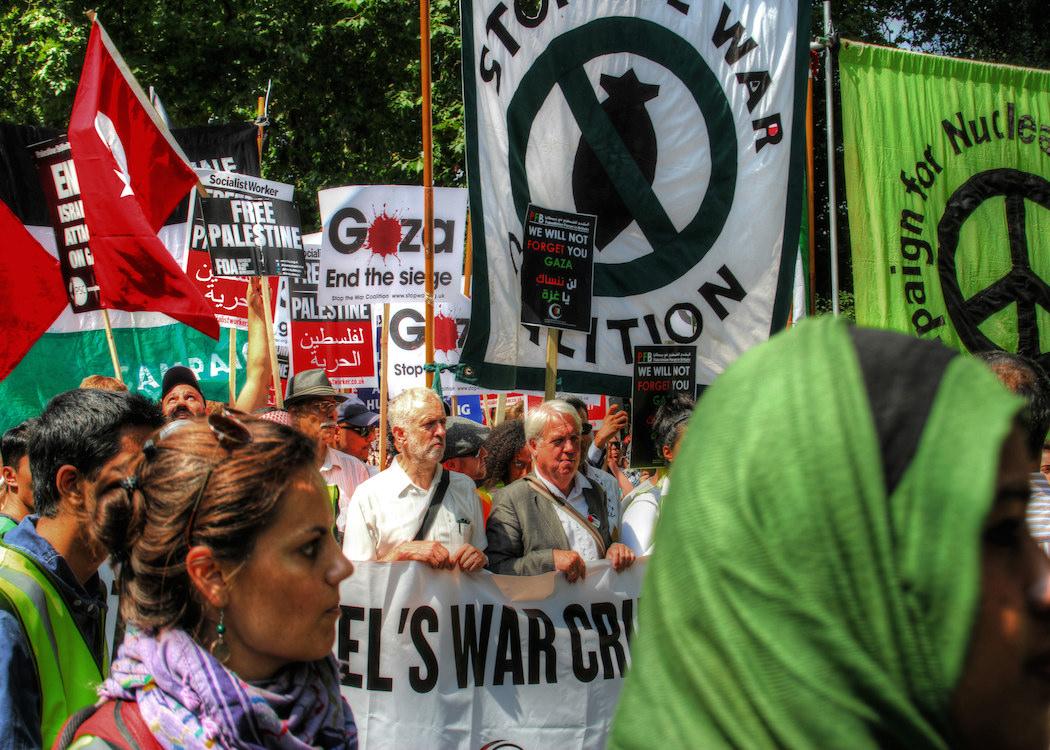 THE LABOUR PARTY will have a ‘free vote’ on any decision to bomb Syria, Jeremy Corbyn has confirmed.

The decision increases the likelihood that the UK Government will find a “clear majority” for airstrikes on Daesh targets currently fighting in the Syrian civil war.

Corbyn faced intense pressure from the pro-war faction of his party, with some senior figures threatening to resign if the leader tried to impose opposition to military action on his top team.

At today’s [Monday 30 November] meeting of the Labour shadow cabinet, Corbyn presented a compromise including a free vote alongside the proposal that Labour’s official policy is anti-airstrikes.

Corbyn has also written to prime minister David Cameron requesting a two day debate before any bombing campaign, which if agreed would effectively delay any vote for a further week.

Writing to Downing Street, Corbyn said: “As of this morning we have not had a clear proposal from the government on when you plan to bring forward a motion to the house on air strikes in Syria or on arrangements for the debate.

“In the view of the opposition on a matter of such critical importance there must be full and adequate time for any debate in the house and only a full two day debate would ensure time for all members who wish to participate to be able to do so.

“As has happened previously a one day debate would inevitably lead to important contributions being curtailed. It is incumbent on us all to ensure the country feels there has been the fullest parliamentary discussion of what you have rightly described as a highly complex situation. In addition the debate would be much better informed by views from the Foreign Affairs and Defence Select Committees following your recent statements.

“Please can you provide an assurance that any proposal the government brings forward will be on the basis that there will be a two day debate in the House of Commons.”

The prospect of delaying the vote would provide Corbyn and grassroots Labour supporters more time to persuade party colleagues to oppose the airstrikes.

A poll sized sample of respondents to a Labour consultation over the past few days found 75 per cent of members opposed to war in Syria with only 13 per cent in favour.

However, Corbyn’s compromise has been criticised for opening the way for the military action to go ahead.

SNP leader Nicola Sturgeon responded on Twitter, stating: “So a party that says it is anti-airstrikes has just made a vote for airstrikes more likely?! Go figure.”

Former Respect MP George Galloway criticised the decision: “I am sorry to say Jeremy Corbyn has made a fateful tactical strategical and moral error of grave magnitude. It will alas mean that the bombs falling on Syria will be Labour-Tory bombs. Cameron’s war made possible via a “free vote” of Labour MPs.”

Andrew Scott Crines, a lecturer at Liverpool University, added: “A free vote, but Corbyn’s position as party policy [opposition to airstrikes] renders ‘free’ redundant. It opens the way to accusation of disloyalty and deselection.”

Campaign group Momentum, which supports Corbyn and has been targeting Labour MPs to oppose any bombing campaign, has been seen as a possible vehicle for right-wing MPs in the party to be replaced ahead of any future election.

The next stage of proposed military action in Syria requires the government to release the date and motion of a debate in parliament.

Cameron, who faces opposition from his own MPs , was defeated in parliament on a proposal to bomb the Syrian Government in 2013.

Rallies are taking place in Glasgow and Edinburgh tonight [Monday 30 November] against bombing.