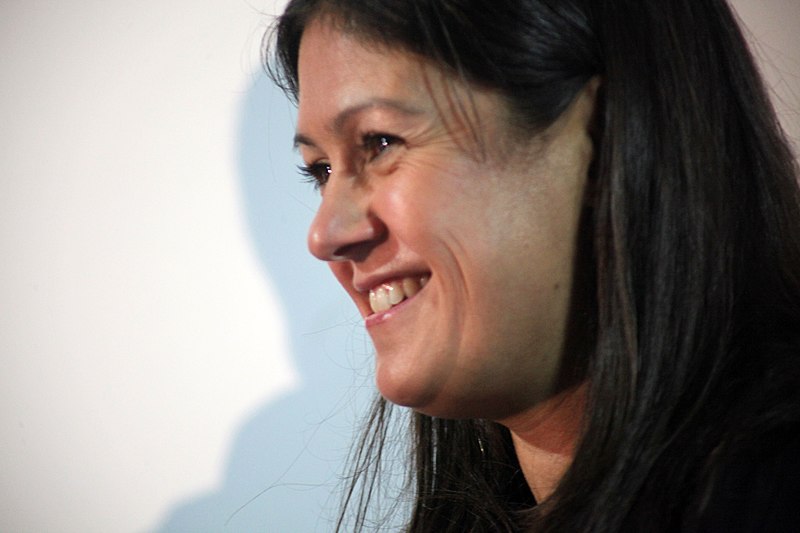 In a BBC interview, Wigan MP Lisa Nandy said Scotland should “look to Catalonia” for lessons on dealing with nationalism

LABOUR LEADERSHIP HOPEFUL Lisa Nandy is facing calls to apologise after comments she made in an interview suggesting that Catalonia was a model in dealing “divisive nationalism”, despite internationally recognised political repression by the Spanish state.

Nandy, who is widely perceived as coming from the right of the Labour party, told the BBC’s Andrew Neil that we should “look outwards” for lessons from other parts of the world where they have had to deal with “divisive nationalism”.

The MP then cited Quebec and Catalonia as examples to learn from, despite Spain receiving condemnation from around the world following their violent response to the 2017 independence referendum organised by the Catalan Government.

Wannabe leader Labour MP Lisa Nandy says “We should look ..to other countries where they’ve had to deal with divisive nationalism…in places like like Catalonia” i.e political prisoners, exiles, police violence to deal with Scotland?
pic.twitter.com/qIJiNH6ELk

“We should look outwards to other parts of the world where they’ve had to deal with divisive nationalism,” Nandy said, adding: “We should seek to discover the lessons from when, in brief moments in history in places like Catalonia and Quebec, we have managed to go and beat narrow, divisive nationalism with a social justice agenda.”

During the 2017 referendum in Catalonia, officers of the Spanish Civil Guard were documented violently attacking voters as they attempted to cast their votes. while polling station staff were forced to barricade doors as they tried in vain to prevent police officers seizing ballot boxes.

The actions of the Spanish Government were criticised by the independent human rights watchdog Human Rights Watch, who argued police used excessive force against largely peaceful protestors. According to Catalonia’s health department, some 893 people were injured in the chaos.

Nandy’s comments were also ridiculed online by independence supporters as well as some who are members of Scottish Labour.

SNP MP Tommy Sheppard, formerly an assistant general secretary of Scottish Labour in 1994, said: “There is a running anti-democratic theme dominating the Labour leadership contest and it only confirms why the Labour party is in a state of utter disarray in Westminster, in its Scottish branch office, and why it is hopelessly out of touch with the people of Scotland.

“With Lisa Nandy even lurching so far to the extremes by condoning violence and imprisonment as a way to oppose independence, it suggests there is a deeper problem rotting at the core of the Labour party.

“With the SNP winning more than eighty per cent of seats in Scotland on a mandate to hold an independence referendum, all Labour leadership candidates must make clear whether they respect democracy or if they will instead follow the lead of Tory leader Boris Johnson in denying democracy.