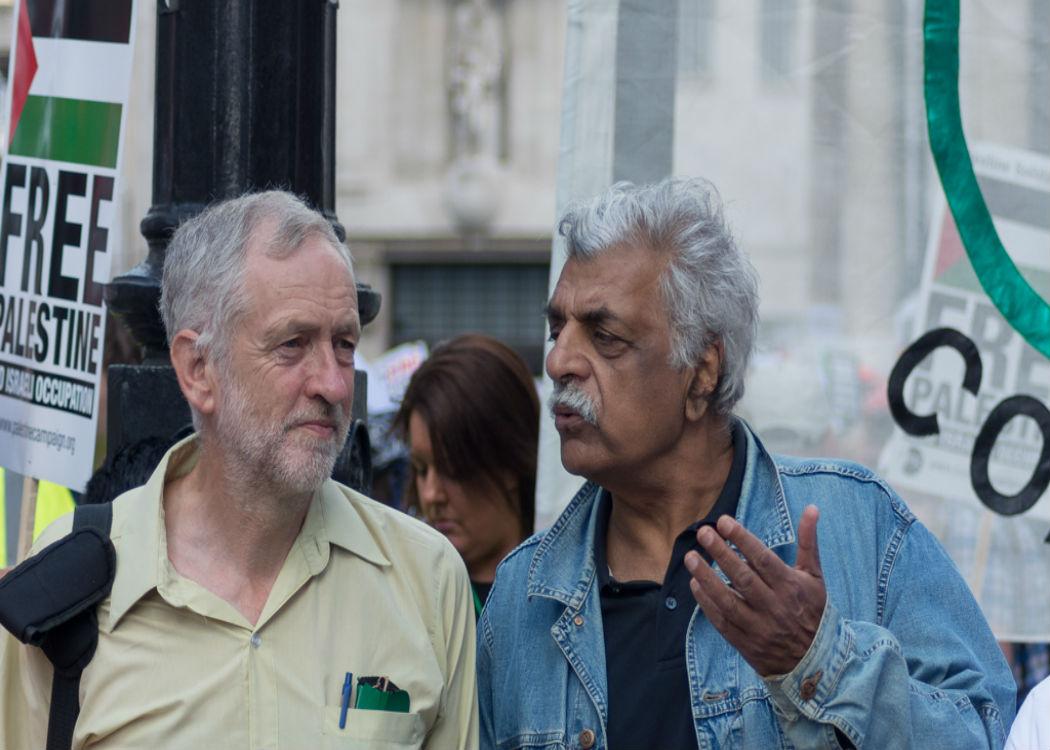 SEVERAL Labour MPs have called for the Labour leadership elections to be suspended over fears that members of other political parties have infiltrated Labour to affect the outcome of the decision.

Their comments come as the total Labour membership rockets to over 610,000, against the backdrop of Jeremy Corbyn’s unprecedented runaway campaign success.

CommonSpace takes a look at the Labour membership controversy.

Why do people think the contest should be suspended?

Barry Sheerman has said he thinks the leadership election should be “paused” because the party is being infiltrated by “the Socialist Workers Party” and others: “I’m what they call a veteran member of parliament. I’ve stood up to people who have tried to enter our party over the years and take it over.

“We’ve always been successful in keeping those out because we are democratic socialists, we are not revolutionary socialists. The fact of the matter is, this process is in real trouble,” he added.

Additional claims have been made by Labour MPs that Scottish and Welsh nationalists have infiltrated Labour.

In response to the calls for suspension, a supporter of Jeremy Corbyn’s campaign, Diane Abbot, said: “It’s coming from people who think their side is going to lose.

“It would be absurd if you halted an election because you were worried your side were going to lose. This election is being fought under rules that were agreed by the whole party last year.”

1,200 members of the party have been banned from voting in the leadership election so far, including 214 who are also members of the Green party, 37 from the Trade Unionist and Socialist Coalition, 13 members of the Conservative party and seven members of Ukip.

Latest figures show that 610,000 people are eligible to vote in the contest.

How does the vote actually work?

The way in which Labour leaders are chosen by party members has changed in recent years.

At the Labour spring conference in April 2014 the party adopted many of the proposals of the Collins Review , including ‘One Member One Vote’ (OMOV) which would replace Labour’s traditional voting system.

Under the old ‘block’ system, the party was essentially split into three bits: elected representatives like MPs and MEPs, trade union members and normal party members. To cut a long story short, the vote would be concluded by taking into account who each block had voted for.

The new system has done away with all of that, and now every party member, whether an MP or a supporter who has signed up for PS3, has one, equally valuable, vote.

Who exactly is allowed to vote?

There are three categories of people who can vote for the Labour leader, members, affiliated supporters and registered supporters.

Members: These fully signed-up members of the party numbered around 200,000 before the leadership election period, according to the party website.

There are now almost 300,000 members, entitled to full involvement in party life from constituency party to national conference level.

Affiliated Supporters: The Labour party began as the parliamentary expression of the trade union movement, and its affiliated supporters are testament to the legacy of the trade unionists and small socialist group which originally cohered to form the party in 1900.

Unions that support Labour range from the very large, such as Unite and Unison, to very small unions like the bakers union BFAWU.

Socialist societies include think tanks like The Fabian Society, which helped to found the party, and also groups that work for the inclusivity of the party like Chinese for Labour and Labour Disabled Members Group.

Registered Supporters: This is the new group of Labour adherents created by the Collins Review, and it is around this group of leadership voters that the latest controversy over entryism has arisen.

According to the Labour party website, “Labour supporters are people who support Labour’s aims and values and want to make it official that they back us”.

The only role that the website stipulates for registered supporters is their ability to vote in the Labour party leadership and deputy leadership elections and, if they live in London, Labour mayoral candidate selection.

Supporters agree to the following statement when they join as a supporter: “I support the aims and values of the Labour Party, and I am not a supporter of any organisation opposed to it.”

Around 120,000 new supporters have joined as registered supporters, and although only 1,200 have been banned from voting in the leadership race the Labour party has said there will be more to come.

There are, according to Labour’s press team , 299,755 members, 189,703 affiliated supporters and 121,295 registered supporters – adding up to a total of 610,753 voters. This figure, however, is subject to review by what Labour is calling the “verification process”.

This process is charged with rooting out supposed infiltrators who have joined as supporters. But the difficulty in identifying who is and who is not entitled to join as a supporter is related to the vagueness of the loyalty required by the party.

Ken Loach, the socialist film director has been banned from voting in the leadership election because of his membership of a small left wing party he helped to found. Leftist comedian Mark Steel has also been banned , but he is a member of no party opposed to Labour and campaigned for Labour in the last election.

So what happens now?

MP’s on the right of the party are already saying they will not accept Jeremy Corbyn as leader if he is elected on the wave of new members and supporters.

Danczuk has said : “Am I going to put up with some crazy left wing policies that he is putting forward and traipse through the voting lobby to support him? It’s not going to happen is it? So I would give him about 12 months if he does become leader.”

But even before Corbyn faces the threat of a ‘coup’ there is still a possibility the leadership election will be suspended. Andy Burnham, Yvette Cooper and Liz Kendall’s campaigns have sent a letter to Labour Party HQ claiming that the Corbyn campaign has priveleged access to trade unionist affiliated supporter’s details.

Corbyn has denied this allegation, but it marks a significant escalation in claims that the election process is flawed.

In any case, the huge increase in participation in Labour means a substantive change for the party. Should the election be suspended or in anyway seen to be interfered with, the repercussions could be immense.

If Corbyn wins the leadership election but then finds he cannot control the parliamentary party, then the new membership will have to reconsider its options.