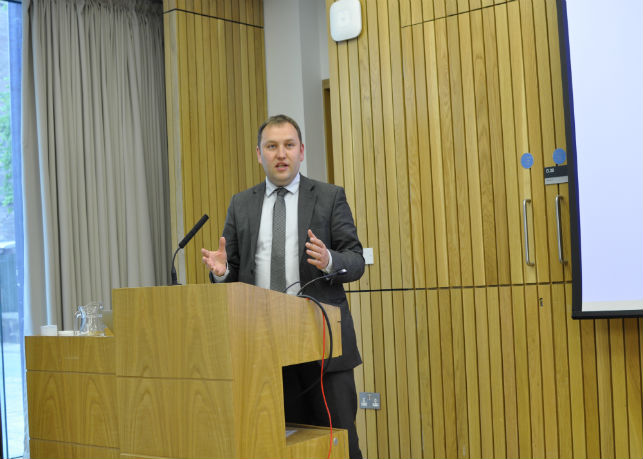 IAN MURRAY MP has been caught up in a storm of protest by fellow Scottish Labour members following his resignation from his position as shadow Scottish secretary in protest at Jeremy Corbyn’s party leadership.

The Edinburgh South MP – Labour’s only remaining Scottish MP after a collapse in votes in Scotland at the 2015 General Election – has also been the focus of anger by from some party activists after he referred to protestors outside his Edinburgh office concerned over attempts to eject Corbyn as “dogs”.

An open letter from 80 Scottish Labour activists including Elaine Smith, MSP for Central Scotlandm and several councillors, accused Murray of providing a “gift” to the SNP and Conservatives when he helped to destabilise the UK party by resigning with other shadow ministers on Sunday (26 June).

The letter reads: “As Scottish Labour members, we write to express our deep disappointment at your decision to resign from the shadow cabinet live on television.

“Following the referendum result to leave the European Union, now more than ever it is important Scottish Labour, and most importantly Scottish voters, have representation in the Shadow Cabinet to inform Labour's actions in the coming weeks and months.

“Call off the dogs”: Ian Murray MP has called for an end to Samba protests 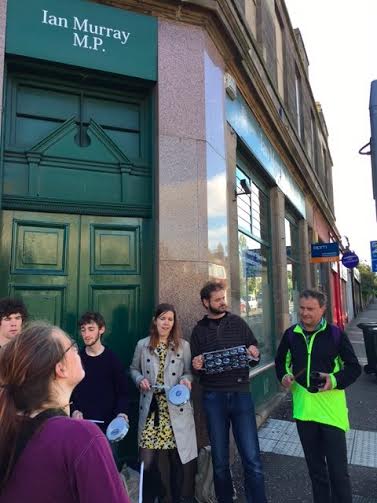 “We are absolutely astonished that you have chosen this moment to put factional party politics over getting the best outcome for the people of Scotland.

“Your actions are a gift to the Scottish National Party and the Tories, both of whom wish to portray our party as divided and unfit to represent the working class, at a time when the SNP are pushing for independence and the Tories are in crisis.”

The attempt to remove Corbyn from leadership of the UK party on the pretext of his performance during the referendum on EU membership has thrown the Scottish party into confusion.

Scottish party leader Kezia Dugdale criticised the leftist leader for holding on in the face of vote of no confidence from 172 of his own MPs on Tuesday.

Exclusive: Scottish Young Labour call on Kezia Dugdale to back Corbyn against “coup”

However, Scottish Labour deputy leader Alex Rowley criticised attempts to remove Corbyn, arguing they were inappropriate at a time of national crisis.

One member of the group, Benjamin Black, said “It just shows how out of touch the leaders of the Labour coup are.

“Only Corbyn recognises the deep anger felt by Brexit voters, and the real reasons – austerity and a politics that offers no alternative.”

The criticisms from Labour members and supporters follow a letter sent to Dugdale demanding she stand by Corbyn.

The full list of Scottish Labour signatories to the letter condemning Murray is as follows: