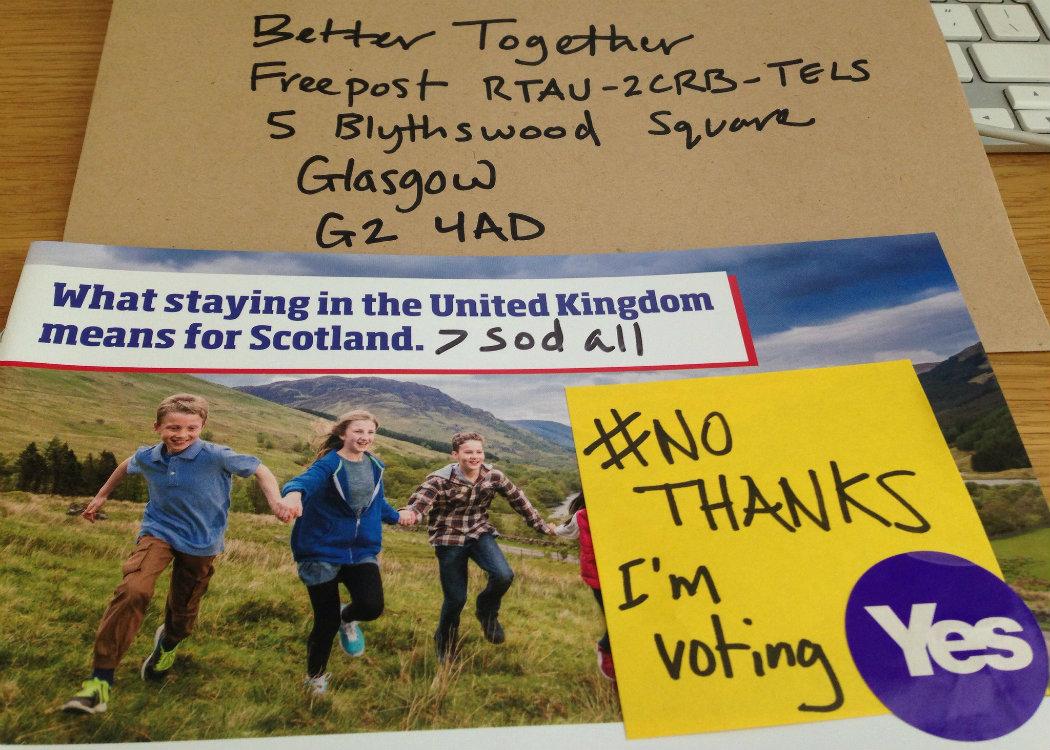 THE LABOUR PARTY “fucked up” the independence referendum by getting into bed with the Tories and some of its MPs hadn’t bothered to deliver leaflets for decades, according to the vice-chair of the party Michael Dugher MP.

Speaking to the New Statesman, Dugher described Labour’s “unmitigated disaster” which led to the party losing 40 Labour MPs in Scotland and receiving its worst share of the vote since 1918.

Dugher said: “Scotland and our approach to it was an unmitigated disaster. We totally fucked up that referendum campaign – and that would almost be a generous and kind interpretation.”

He continued: “We shouldn’t have been in bed with the Tories. It was a complete strategic disaster. It killed us. It should have been a contest between two competing alternative visions for a changed Scotland.” (Click here to read more)

Dugher’s comments come as no surprise to Labour critics, who opposed the joint Labour-Tory campaign pact back in 2012.

Local Labour campaign groups separated from the official ‘Better Together’ campaign due to animosity over working with the Conservative party.

Other left-wing campaigners, such as Labour for Independence and Radical Independence, opposed the Labour leadership position during the independence debate.

Pro-independence campaigners then targeted Labour after the referendum result, describing the party as ‘Red Tories’.

Former Labour Party strategist Andrew McFadyen told CommonSpace that the anti-independence campaign placed Labour on “the wrong side of the national and class divide” due to the Labour leadership’s alliance with the Tories.

Dugher’s comments also opened up tensions between Labour in England and what remains of the party in Scotland.

“We also had a number of people who had not delivered a leaflet in decades…’Leave Scotland to us,’ they used to say. Well, that worked out well, didn’t it?”, he added.

Jim Murphy’s leadership of the party in Scotland has been in question since the election result, with two trade unions calling on him to resign and two MSPs standing down from their cabinet positions and telling Murphy that he should step down as leader.