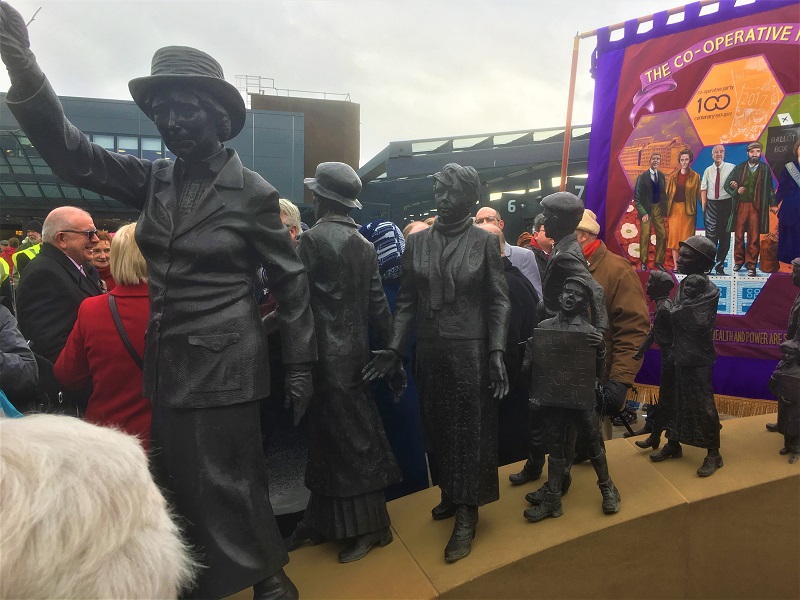 AFTER a statue of Scot rent strike legend Mary Barbour was unveiled in Govan this week, Richard Leonard will use his keynote speech in Dundee to outline a law aiming to tackle the housing crisis named after the woman whose name is synonymous with housing justice.

Speaking to party faithful in Dundee later today (Saturday 10 March), Leonard will announce his plan to bring legislation forward at Holyrood which would “reform the private rented sector”.

He is expected to say that “social ills”, such as the housing crisis, dealt with in previous fights have returned under Tory austerity.

The Scottish Government previously gave local authorities the ability to introduce limited caps on rent increases through “rent pressure zones”, but critics of this policy say that it could be subverted by landlords who could artificially raise rents to increase the cap – which would be set according to the average for the rent pressure zone.

The points-based system would link rents to housing standards, and the rent control would also be tied to the average income of Scotland’s tenants.

In their policy paper, Living Rent argued that linking a package of rent controls to housing quality would force landlords to drive up housing standards in the private rental market.

Unveiling the policy; Leonard will also set out a plan for increased investment in social house building, arguing that local authority pension funds should be invested in a social home building fund.

“It is a government’s obligation to the people to guarantee that everyone can exercise this right to live in security, peace, and dignity.” Scottish Labour leader Richard Leonard

In his hour-long address, Leonard will say: “I can announce today that in Parliament we have begun the work to introduce a new Rent Restrictions Act – a Mary Barbour law to protect tenants and to control rents exactly as I pledged to do in my leadership campaign.

“The Mary Barbour law will regulate the private rented sector to ensure that no one is forced to rent a home that pushes them into poverty or falls below the standards needed to protect their physical and mental health and well-being.

“I passionately believe a home is a basic fundamental human right. That’s why a Scottish Labour government would ensure access to a safe, secure, habitable, and affordable home.

“It is a government’s obligation to the people to guarantee that everyone can exercise this right to live in security, peace, and dignity.”

Elsewhere at Scottish Labour’s 2018 conference, tensions are expected to be high as the campaign for the single market co-chaired by Kezia Dugdale hosts a fringe meeting in Dundee after

The party’s powerful executive ruled out a vote on the single market designed to change the party’s policy, instead, delegates will vote on a motion which argues to align the Scottish party’s Brexit policies with the UK party.

The SNP described the proposed move by Scottish Labour with cut support for the single market as “shameful”.