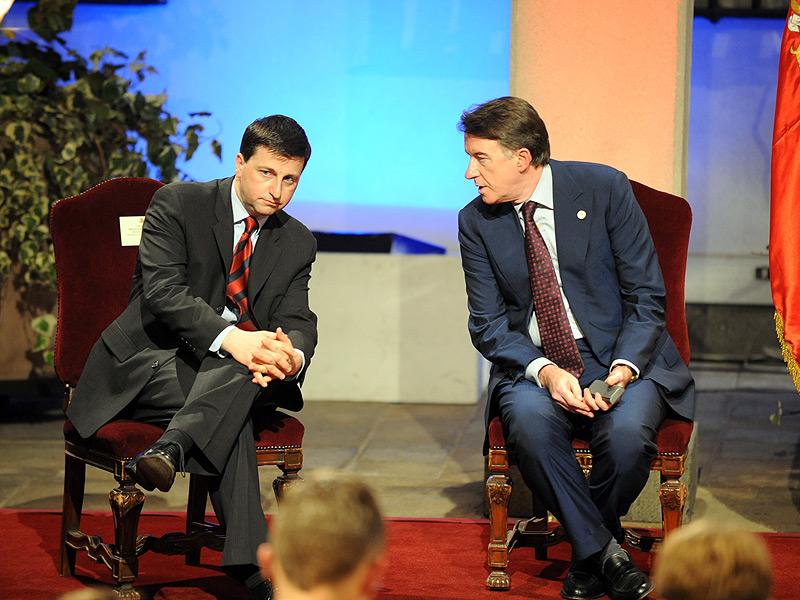 LORD Mandelson, who played a leading role in the New Labour government, has conceded that Labour is “almost certainly” going to fail to secure a majority in the General Election.

Mandelson dodged questions over whether Labour will require a deal with the Scottish National Party to form a government.

Speaking at a retail conference in London, Mandelson said: “People basically are unhappy with what is on offer. They are therefore shopping around in politics in a way that the large parties are ill-equipped to deal with and which will almost certainly deliver us a stalemate hung parliament in two months time.”

Peter Mandelson, now in the House of Lords, was a member of parliament for 12 years and was a leading figure in Tony Blair and Gordon Brown’s cabinets.

Daily Mirror journalist Owen Bennett asked Mandelson about Labour’s position on a deal with the SNP. Mandelson replied “What a brilliant question” and then walked away.

The Conservatives jumped on the remarks as evidence that the SNP is set to hold a balance of power over a Labour minority government.

Tory chair Grant Shapps said the comments confirmed that “the only way Miliband will get into Downing Street is if he’s carried there in Alex Salmond’s pocket”.

Salmond hit back, stating: “Nicola Sturgeon would eat him [Cameron] for breakfast in a debate.”