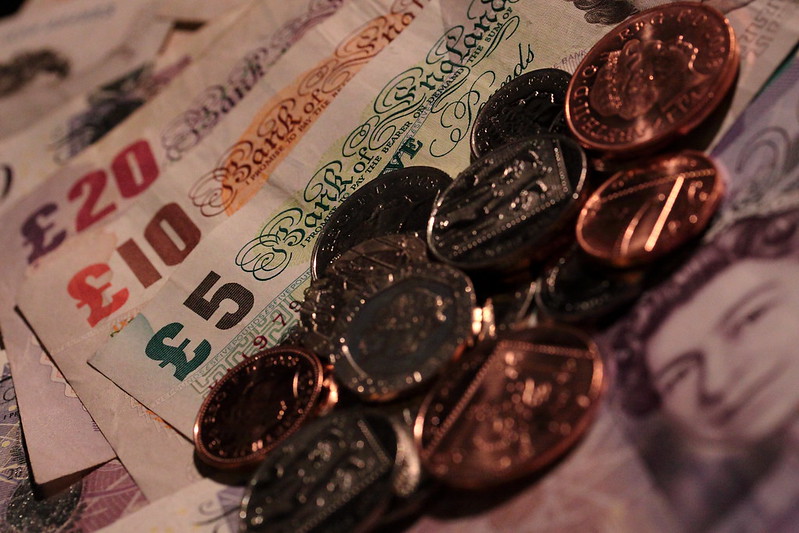 THERE is “currently no clear feasible option” for delivering a Citizen’s Basic Income pilot in Scotland, due in part to the lack of necessary powers devolved to Scotland and “no evidence of UK Government appetite” to back such a scheme, according to a new report.

Today [4 November], the group set up by the Scottish Government to explore the possibility of a basic income – composed of Fife, North Ayrshire, City of Edinburgh and Glasgow City councils, as well as NHS Health Scotland – published its interim report on the feasibility of conducting experiments in basic income in Scotland.

The Scottish Government’s exploration of a CBI scheme began in September 2017, when it announced in that year’s Programme for Government that it would support local authority areas in assessing the feasibility of such a pilot. This followed the SNP’s backing of a universal income in principle at their 2016 party conference, and Scotland’s subsequent addition to the list of ‘places to watch’ on the understanding and implementation of CBI by the Basic Income Earth Network.

The Scottish Government subsequently devoted £250,000 over two years to support this exploratory work, in the hopes of testing whether a Citizen’s Basic Income (CBI) could reduce poverty and help produce a fairer, simpler welfare system.

Today’s report offers an overview of the group’s work thus far and has now been presented to the Scottish Government for feedback, as well as being discussed at a future meeting of the Basic Income Scotland Steering Group, which will include stakeholders from the public and voluntary sectors.

The Steering Group’s project manager Wendy Hearty commented: “Although there are many different models of citizen’s basic income schemes, it aims to create a fairer and simpler welfare system, providing people with a basic income they can use whether they want to earn, learn, care, or set up a business.

“The Steering Group has been looking at the feasibility of a CBI pilot in terms of how these would work financially, ethically, politically and how they could be evaluated. A number of pilot models are outlined in the report which also provides gross estimates of costs for certain pilot models. These estimates do not yet factor benefits and potential savings so are very preliminary and subject to change.

“The group do not want to propose models of CBI for piloting that will lead to direct financial detriment for participants. The challenge is that the current social security system is designed to identify financial need and pay people accordingly, while a CBI is designed to be universal. To achieve a balance, certain benefits would need to be continued alongside a CBI.”

Hearty added: “It is important to stress that this is an interim report and that no firm recommendations are being made at this stage. However, this interim report represents substantial progress in our work to consider how CBI might contribute to reducing poverty and improving the lives of the population.

READ MORE: Ben Simmons: Why a Basic Income could be the answer to the big pension problem

“Piloting a CBI will need the full co-operation of a range of institutions including the Scottish Government, the DWP and HMRC. We’ll continue to work with these organisations to see what would be possible, including considering the legal and institutional barriers that would need to be overcome to pilot CBI.

“We are looking forward to feedback from the Scottish Government and others on the work we’ve done so far. We are now working hard to deliver a final feasibility report with fewer uncertainties and clear recommendations on appropriate next steps.”

The Steering Group’s research has so far aimed to assess the feasibility of various forms of CBI pilot in terms of their political and financial feasibility, as well as ethical considerations.

According to the report: “Apart from the financial costs, the most substantial barriers identified thus far to a pilot are political, in particular the institutional and legal barriers. Specifically, there is a need to engage more fully with the DWP and HMRC to clarify whether, and in what circumstances, introducing a CBI to pilot communities in Scotland would be possible. If co-operation for a pilot and a legal basis for facilitating payment is not found, this would severely constrain the ability of the Scottish Government to pilot CBI under current circumstances.”

The report notes that “very substantial aspects of social security and tax policy are reserved to Westminster and thus the introduction of a CBI, or the piloting of CBI, requires much more facilitation than is currently the case”.

Social security in Scotland is currently administered across three levels of government – at the UK, Scottish and local level – but only the UK Government has all the necessary power to undertake a CBI pilot alone or on behalf of the Scottish Government. While this could potentially be delivered via the DWP or HMRC, the report argues there have been “no indications of appetite” at the UK Government level to embark on such a scheme.

In light of this, the report concludes: “There is currently no clear feasible option to deliver a pilot of CBI at this time. It seems unlikely that there is sufficient appetite at UK Government to facilitate a CBI pilot and it is anticipated that all other options would require substantial engagement and negotiation with UK, Scottish and local governments to avoid unintended consequences for pilot participants. This may take the form of time-consuming primary legislation to amend regulations to enable delivery of a satisfactory CBI pilot.”

While there have been various endorsements and expressions of interests in CBI across the political spectrum, from its incorporation into the Scottish Green Party manifesto to its adoption at conferences by the SNP and positive engagement from Labour, the report argues “there is no coherence around a view of the correct model and capacities and features of a basic income or its relationship with the existing welfare state”.

Jamie Cooke, head of the RSA Scotland charity – which has advocated a basic annual income of £2,400, rising to £4,800 for every adult in Scotland, with £1,500 going to children – commented on the report’s release: “The pressures and opportunities which are driving interest in basic income – automation, AI, and a welfare system and labour market failing to deliver economic security – are not going to dissipate anytime soon, and so it is great that we are trying to have a conversation in Scotland about how best to respond to them.

“Today’s report is a valuable contribution to that debate and addresses many concerns some may have on basic income, including funding this in a sensible manner which is sustainable for the taxpayer and won’t leave the most vulnerable out-of-pocket.

“Fundamentally, a basic income is about creating an income floor no citizen can fall below – a world away from Westminster’s means-tested, sanctions-led Universal Credit.

“While the Scottish Government and HM Opposition are exploring the ideas for larger scale experiments, we also need to ensure that local communities are supported in developing smaller scale work that will contribute to take the concept of basic income forward.”