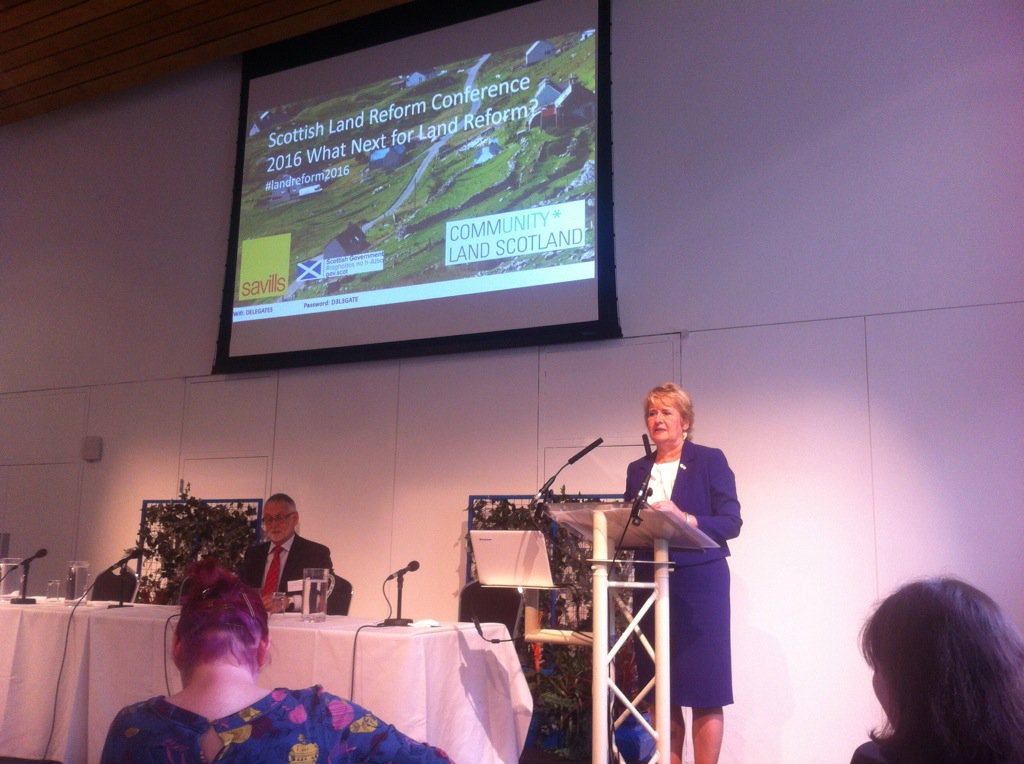 Cunningham addressed up to 100 delegates at the Community Land Scotland conference in Edinburgh today [Friday 23 September] on the progress of the Land Reform Act 2016.

She set out the timeline for establishing a Land Commission next year, as part of the act, and marked the half-way point in reaching the nationwide target of 1 million acres in community ownership by 2020.

"I do think land ownership in Scotland has been and continues to be too concentrated." Roseanna Cunningham

Cunningham described land reform as a route to tackle "an endemic lack of confidence" across centuries, linked to the dispossession of land rights.

CommonSpace asked the secretary about public confidence and the commission, as well as the challenges of overcoming the wealthy, secretive interests of tax haven ownership, and the future question of land taxation.

The conference took place as the Land Reform Act 2016 enters its implementation phase. The act was hotly contested – with campaign groups and MSPs challenging the government to go much further to tackle inequalities in land.

The Land Reform Review Group’s report in 2014 set out a host of substantial reforms, many of which were missing from the final act.

The new cabinet secretary inherited the portfolio from ex-MSP Aileen McLeod, who lost her seat in the May election.

Cunningham addressed the landowners’ lobbying group Scottish Land and Estate in May. She told the group: "I do think land ownership in Scotland has been and continues to be too concentrated."

The community land movement has grown quickly over the past decade, with over 500,000 acres now owned by community bodies.