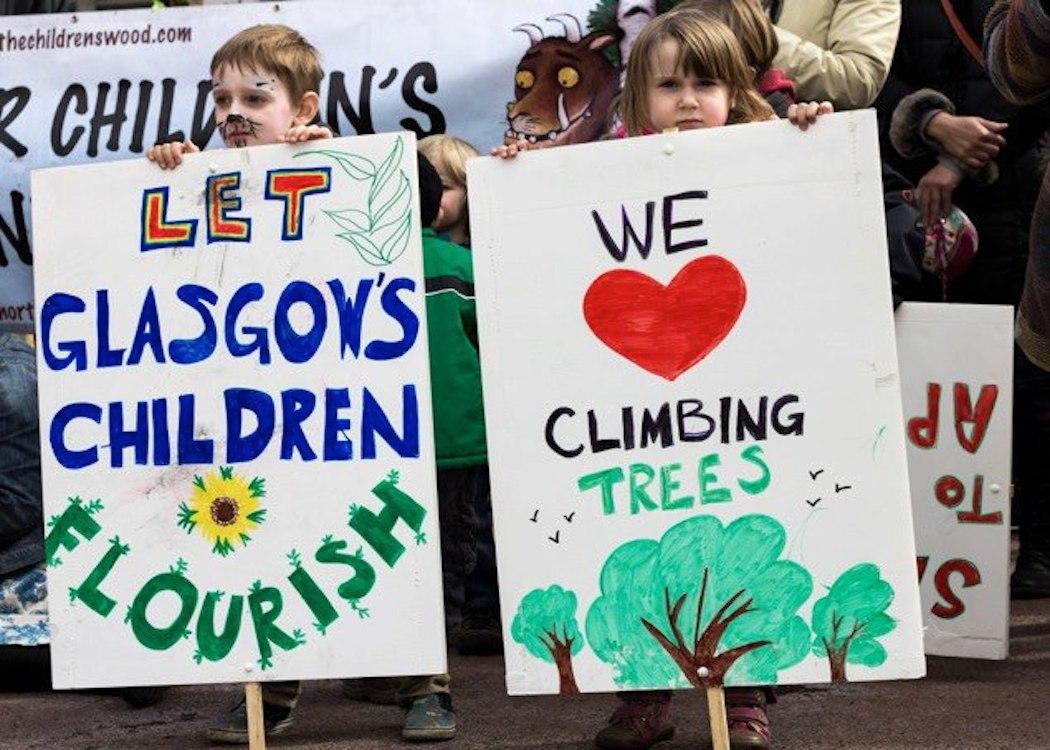 IT HAS BEEN FIERCELY contested since 2014 and built upon a generation of political activism: the Land Reform Act 2016 will represent an important step in Scotland’s land reform journey.

Passed by parliament last week , there was a variety of responses welcoming and criticising the legislation.

CommonSpace spoke to some of those who had worked hardest for reform.

“The Scottish Government today introduced ground-breaking new measures to bring land ownership into the open, in a move strongly welcomed by Global Witness. These efforts will make it much easier for people in Scotland to know who is really behind ownership of land and hold those people to account.

“A small number of individuals control of vast tracts of Scotland’s land and have been able to hide their identities behind anonymously owned shell companies. Today 432 land owner’s account for half of all Scotland’s privately owned land, 750,000 acres of which is owned by companies registered in secrecy jurisdictions. The anonymity of who is truly behind land ownership has meant there is little scrutiny of decisions over how land is used, or who benefits from those decisions, leaving families who live on the land open to exploitation by unscrupulous landlords.

“Today’s announcement is designed to reverse that trend by creating a publicly accessible register of the real owners of land.”

“This is a significant next step, but is not the end of our land reform journey – I want to do even more to help future generations benefit from our land. Going forward we will establish the Scottish Land Commission, publish a Land Rights and Responsibilities Statement and continue our work towards our one million acre target to community ownership by 2020.”

“As an SNP member this was a policy that we thought we would be making headway on. It’s bitterly disappointing to hear that instead of making progression on Land Reform, especially on tax haven ownership, that we appear to be becoming stagnated on the issue.

“Public transparency on land ownership is vital for us to make any improvements into land reform. In the current financial climate we need to make our land pay fairly, not to have what would be tax receipts smuggled away to Cayman Island Tax havens that could be used to many areas that need this money within Scotland.”

On the debate he added: “This isn’t what SNP members voted for at conference.”

“With one week to go until the fourth session of the Scottish Parliament ends, the Land Reform Bill was agreed to yesterday. This Bill is important and marks a watershed in land relations in Scotland. Although no one measure is of itself very radical, taken together, this is a significant piece of legislation.”

He added: “Land reform is back and the opportunities and challenges for the next Parliament are to enact the voluminous secondary legislation to make the Bill work and to bring forward further reform on the wide range of land reform topics not captured in this Bill such as inheritance law land taxation, land information, housing, compulsory purchase and Crown land governance.

The level of engagement with the legislative process has been encouraging and MSPs such as Sarah Boyack, Patrick Harvie and Mike Russell have all worked hard to strengthen what started as a much-less-ambitious Bill. Land reform is a generational project.”

“Tenants will also be heartened that this bill is taking a hard line with the behaviour of land agents who are frequently the cause of breakdowns in landlord/tenant relationships. One of the first tasks of the new Tenant Farming Commissioner will be to conduct a review of the way in which land agents operate and make recommendations where necessary. This will build on the work already started by the interim commissioner, Andrew Thin, and will go a long way to regulate the bad behaviour which has been a blight on the sector.

“This bill was very much unfinished business from 2003 and STFA is pleased that some of our key objectives since then have been achieved.”

“The Bill that is completing its parliamentary scrutiny is far stronger than the Bill that entered Parliament, because of hard work and sound scrutiny in which we have been pleased to play a part. The new register of the people who really own or control land in Scotland will lift a veil of secrecy which has allowed all too many owners to hide behind shell companies registered overseas. Our right to roam Scotland’s land will soon be matched by the right to know who owns Scotland’s land.

“The Land Commission and the Land Rights and Responsibilities Statement create the foundations for continuing reform of land policy and land laws. Importantly, in framing the land statement future government ministers will be under duties to consider the realisation of the human rights of ordinary Scots at the heart of future policy.

“Those are people’s rights to decent housing, to economic development and jobs, to a safe and sustainable environment, and to secure food – all matters affected by how our land is owned and used.
The journey of land reform is far from over, but today represents another important staging post along the road.”

“Who possesses this landscape? –
The man who bought it or
I who am possessed by it?
False questions, for
this landscape is
Masterless
and intractable in any terms
that are human.”

“It is very important that we are able to hold to account people who have land. That is the practical aim of the bill. I hope that, eventually, when the land register is map-based, we will be able to tax those people.”

“That is disappointing but I suppose not unexpected. It is equally disappointing that Scottish Government’s legal advice is private depriving therefore restricting people’s ability to have an informed debate.

“Myself and others I speak to within the SNP from every part of Scotland will see this as unfinished business.”

“This was a massively rushed Bill – mostly because a rethink was needed when the hot air of lawyers’ objections hit the cold front of public opinion.

“Now though, campaigners can look forwards and the focus of the second #OurLand festival in August will be workshops to show communities how they can use the new powers in the Land Reform and Community Empowerment Acts to revitalize Scotland.

“Just this week, my colleague Andy Wightman, who has been working with CommonSpace and The National, has exposed the activities of Buccleuch Estates , with its incorporated vehicle in the Cayman Islands. There is avoidance of the level of transparency to which we should hold landowners in Scotland.

“That is simply not acceptable, and I welcome the Labour Party’s support. I think that there are also many in the SNP who want what is proposed to be done. The idea is not new. It was strongly supported in the consultation on the bill and by the land reform review group, and we should press ahead with it.”

“With regard to Patrick Harvie’s reference to Andy Wightman’s recent blog and the article in The National about the company structures that lie behind ownership of Buccleuch Estates, it is not appropriate for the Government to comment on the individual circumstances of landowners or the tax affairs of individuals.”

“I want to comment on the process with regard to the bill’s passage through Parliament. I do not think that it has been good enough. The process matters to the quality of the legislation that we will pass, and I feel that it was extremely rushed at the end and that it was not as transparent as it might have been.

“If the government had responded to our committee’s report, the work of the land reform review group, which reported in July 2014, and the work of the agricultural holdings legislation review group, certain issues in the bill that were brought to us pretty late on in the day could have been raised much earlier.

“I thank the campaigners from across the interested parties who have written to us and contacted us on social media. We will be able to read Twitter later, but there has been a running commentary today. Those people have helped to make the bill stronger,” Boyack added.

“The tenant of Patrick Sellar’s farm is in the public gallery. A line connects us to the events of April 1816, when Patrick Sellar went on trial for practices that are now infamous. That led to an awful amount of suffering in Scotland. We are in the process of undoing some of those things and righting some of those wrongs. We are modernising our relationship to the land, and what a wonderful task that is.”

A spokesperson for the big landowners, Scottish Land and Estates , threatened legal action to stall the bill.

“Most importantly, the measures brought forward by the Scottish Government to enable tenant farmers on secure tenancies to assign their tenancies for cash is a heavy blow to tenant farming.

“The supply of let land will dry up, the legislation will not achieve its stated objectives and we are now facing a very real prospect of legal challenge to this part of the legislation – something no one wants to see.”

Picture courtesy of Save Kelvin Meadow