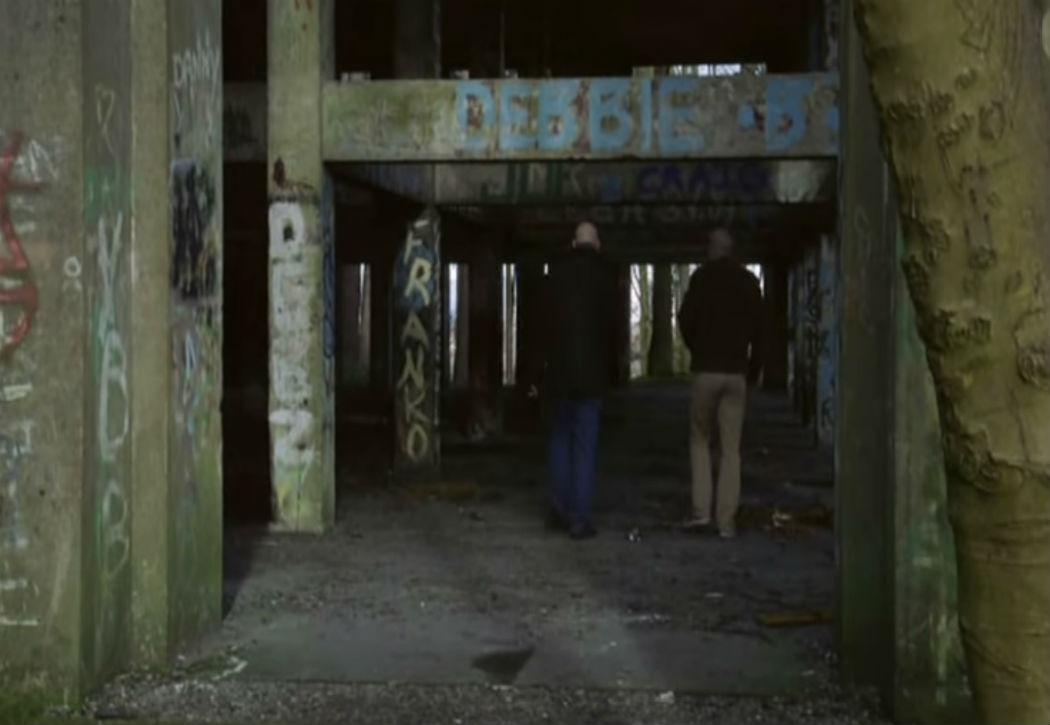 COMMONSPACE caught up with Liam Young, Glasgow-based film-maker who, along with Jack Archer, directed new documentary ‘Landscape of Fear’, which situates the environmental crisis in the economic system, and looks in particular at how it affects working class communities in Scotland, and what community-based solutions could be.

What made you want to make this documentary?

A lot of stuff out there about the environment is doom and gloom, so we wanted to do something that was looking for solutions rather than just scaring people.

What we wanted to ask is: what is the environmental crisis? It’s not just about global warming; it’s about biodiversity, species extinction, acidification of the oceans, deforestation, and how these issues and more affect the built environment all around us.

Tackling the issue from that perspective, we think you get beyond this idea that a big fix can be found within the current economic system and that all we need is technological solutions. You start tackling the real issue, which is that the system works to both exploit people and the environment for the benefit of the few. Once you get to the point, of understanding that the capitalist system is the environmental crisis, you can start looking to solutions.

The documentary is largely focused on how the environmental crisis affects working class communities and how communities have responded to those issues. Why is that important?

The environmental debate has been focused mostly on the middle class and dominated by middle class politics of finding individual solutions to societal problems. Really, the environment was originally very much a working class issue, because it’s so closely related to public health; clean water, health and safety, regulating food controls, air and land pollution, these are all environmental problems.

We wanted to focus on communities because it has to be about collective solutions and democratisation – it’s about who controls your environment, and how they use it. There’s lots of small scale examples in Glasgow of working class communities taking over land, setting-up community gardens, and people in urban spaces re-engaging with nature and realising they are part of nature.

In the southern hemisphere working class people know how bad the environmental crisis is because they are still in contact with nature, whereas we don’t because we’re at a distance from it. We’re very much alienated from our own environment.

The documentary proposes local control of resources as a strategy for a more sustainable ecology – in a world that is increasingly global, never mind national, is that a realistic agenda for change?

Local solutions are the most realistic. In the third world the better charities and NGO’s are now focusing on teaching local people how to build and use solar power to provide electricity for their own community.

The idea that a big international solution can be found and rolled out won’t work. The problem with the big corporate capitalist solutions is that it’s always one short-term profitable solution to exploit resources after another. So the answer is to go from oil to nuclear power, but that doesn’t work because it doesn’t think first about how to use the resources of the environment sustainably – it just tries to displace one problem with another, not tackle the root cause.

There is really inspiring examples in Scotland of local community solutions. The Isle of Eigg is a well-known one of how people participating collectively can find solutions to the problems in their own environment, and how that creativity can take them to places they didn’t know they would ever get to in terms of finding innovative answers that helps the whole community.

An urban example is a housing estate in Maryhill which has its own in-built energy system, which makes it cheaper than on the national grid and much more efficient.

When you do it nationally on the grid most of the energy is lost from waste, whereas when it’s done locally it’s much more efficient. Obviously companies make a profit from running it nationally, whereas locally it has to be a community non-profit solution.

Some of the tone of radical ecological arguments can come across as primitivist – like it would have been better if the industrial revolution never happened – is that an unfair assessment?

There can be a romanticism in the environment movement that there was a mythical past where we lived hand in hand with nature. Of course, before capitalism, society still exploited natural resources. North Africa was the bread basket of the Roman empire, for example.

The difference between then and now is that everything is now monetised, and I mean everything – there’s hardly a corner of the world that doesn’t put a monetary value on natural resources above use value.

So it’s not to uninvent things that have already happened, but to understand that we’re pushing the environment beyond certain limits that it can cope with. It’s not anti-modernist to say we have to live within our environmental limits.

There’s some traditions that existed when I was young that could be rediscovered. So for example, the idea of re-using things. I remember when I was a kid, when you grew out of your clothes they’d be passed on to a smaller kid. When your telly was broke you’d get it fixed. When you’d finished your milk you’d leave the bottle on the doorstep for the milkman to collect and re-use. We don’t do that now only for one reason: because it doesn’t make money. We need to challenge the idea that everything has a monetary value. Things have a use value beyond money.

The documentary looks at the issue of land reform, which is another issue that is often characterised as a strictly rural issue, and not important to the urban working class. Your documentary challenges that notion.

It’s really simple. People owning the land matters because if you don’t own something you don’t look after it. If you do own it you’ll take care of it, you’ll see it as part of your future and you’ll come up with sustainable solutions. That’s as important for cities as for rural areas.

If land is held in collective responsibility, decided upon democratically, it allows for much more inventiveness and creativeness, and means we can come up with solutions for all sorts of issues way beyond directly environmental questions: traffic control, where we build our schools, how we plan our housing, where we need open space, all of these issues are about the environment, ultimately.

Picture courtesy of Landscape of Fear