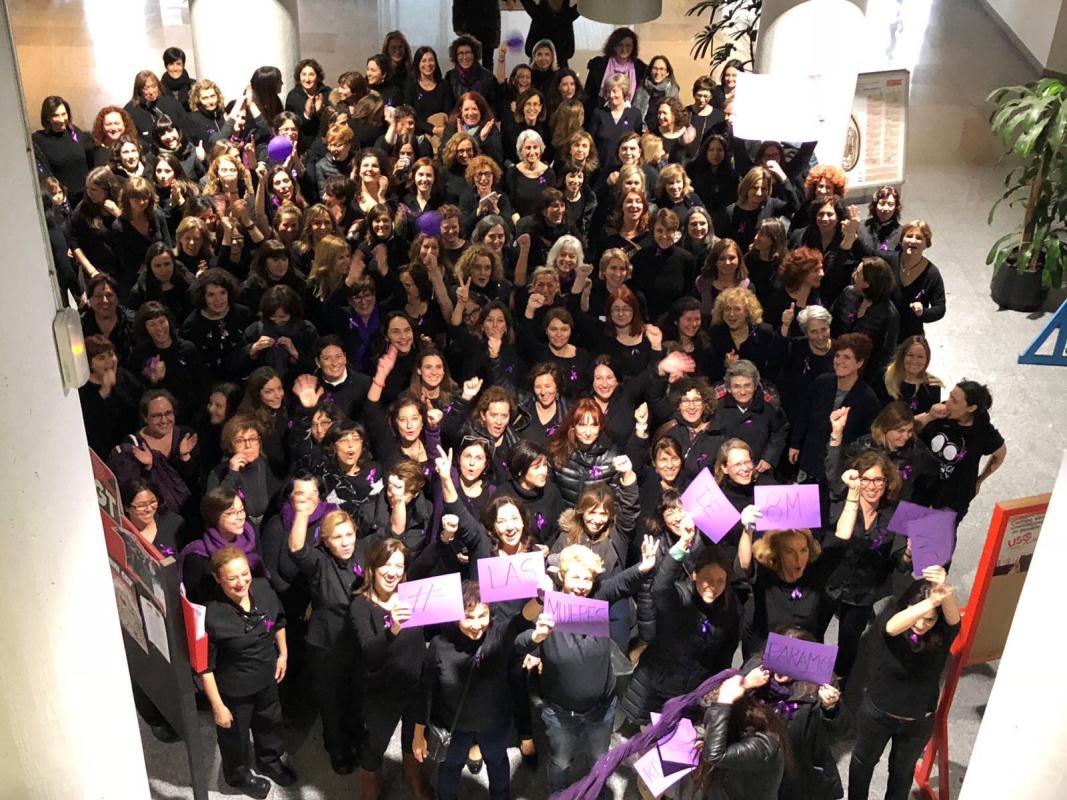 A GENERAL STRIKE and demonstration for International Women’s Day on 8 March has been organised by a group of women working in the media industry in Spain to call attention to inequality in the industry and rally support for their manifesto for progress.

Over 7,000 women have signed up to the manifesto within a week of its launch and the campaigners are calling for women in journalism around the world to support the general strike and to produce their own manifestos for change.

This forms part of a call by 8M on women around the world to participate in a general strike inside and outside of the home in protest against wider inequalities.

Speaking to CommonSpace, Las Periodistas Paramos campaign organiser Marilin Gonzalo explained: “We want to show that we, the journalists and the women in the media, suffer the same sexism and violence as in other areas of the labour market: precariousness, job insecurity, wage inequality, the glass ceiling, sexual harassment and professional disparagement.

“This is important not only because of us, we are aware of the social relevance of our work. We are responsible for the news and the stories that we tell about our reality, and we want to voice our concern about the limited view of reality that is frequently offered by the media, which often lacks the presence and contribution of women.

“About two thirds of the directors who decide about contents are men, and three quarters of the general managers of the media industry are men in our country. We understand that feminism is also necessary to improve journalism.”

The coordinated strike of women in media will be the first of its kind in Spain and the first major action to call attention to the group’s manifesto calls, which will be read aloud at Plaza de Callao in Madrid at 12.30 and in other locations across the country.

The manifesto argues that the mass media must work to address seven key areas of inequality: the wage gap, the glass ceiling, job insecurity, sharing care responsibilities, harassment, male-dominated talk shows and editorials, and concerns over the one-sided focus of news.

Gonzalo said that the manifesto was initially drawn up last week by a group of about 40 journalists in Madrid, and after sharing it they found that over 2,500 people had signed up within a few days.

She said: “In these days we have been having incredibly respectful and amazing debates there, about wage gap, about caretaking and our jobs. What really amazes many people is that we hadn’t talked about our own issues in public.

“We never thought that #wagegap #corresponsability or #disparage would be trending topics. We have 7,000 signatures today in our manifesto, and going up.”

The campaigners have translated the document into English and are working to have it translated into other languages so that the movement can be shared around the world.

Thursday’s strike of women in the media has the backing of several unions, including the Workers’ Commissions and General Union of Workers, which are two of Spain’s largest unions.

Women journalists are expected to join in demonstrations across Spain as part of the International Women’s Day strike.

In Scotland, an organisation called Women in Journalism Scotland was set up to provide networking and training opportunities for women in media and to campaign for women’s equality in the industry.