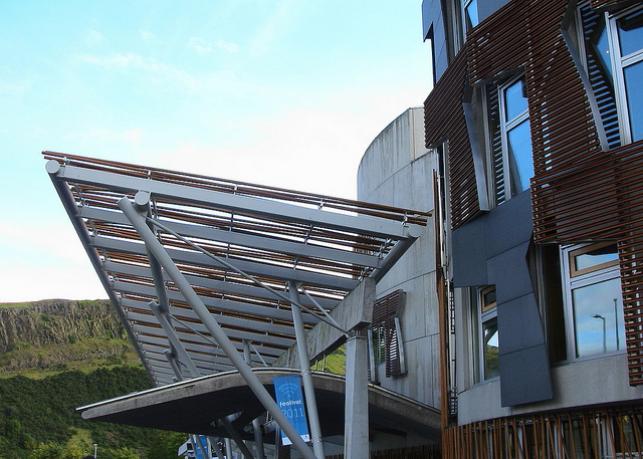 ANNOUNCED with minutes to spare before the debate preceding the first key vote of the Scottish budget, a deal between the SNP and the Scottish Greens has secured the budget’s passage.

At 2.17pm, ahead of the 2.30pm beginning of the Stage 1 budget debate, Finance Secretary Derek Mackay tweeted that he was “pleased to have reached agreement with the Scottish Green Party to deliver a Scottish Budget that invests in health, education, our economy and supports local services.”

The announcement ended widespread speculation that the budget announced last December by the minority SNP government might be derailed by the Scottish Greens over their demands for local tax reform and greater funding for local authorities.

The new deal includes an increased level of core funding for councils, extra powers for them to levy local parking and tourist taxes, and a commitment to advance the replacement of the Council Tax through cross-party talks ahead of legislation to be published by the end of the current session of parliament.

Scottish Greens co-convener Patrick Harvie commented on the deal: “It’s welcome that after consistent Green pressure the SNP government have seen sense and committed to immediate action and longer-term reform.

“Scottish Greens will always be firm but constructive in these situations. Scrapping the Tories’ Council Tax and giving Councils more powers is a historic victory. All parties now have an opportunity to help bring about a fairer system of funding essential local services.”

Beyond a £90 million increase for the core local government settlement and cross-party talks on a Council Tax replacement, further details of the deal include increasing the cap on Council Tax rises to 4.79 per cent, a transition to three-year local authority budgets, and legislation to allow the setting up of local tourism taxes and levies on workplace car parking spaces.

However, uncertainty remains over the degree to which this will address the gap in local government funding. While a report from the Scottish Parliament Information Centre (SPICe) said that local government funding would, prior to the deal, be falling by 3.4 per cent, or £319 million, the Scottish Government claim that the changes to the budget will increase funding by £180 million. Following the announcement of their deal, the Scottish Greens stated that, when combined with existing local revenue powers, a £237 million gap in funding identified by COSLA will now be closed by the combination of “new funding and new flexibility”.

The draft budget unveiled in December included extra funding for education, the health service and infrastructure, as well as a widening of the tax gap for higher earners between Scotland the rest of the UK, which was greeted with fury by the Scottish Conservatives.

Both the Tories and the Scottish Liberal Democrats refused to enter into budget negotiations with the Scottish Government unless the SNP ruled out calling a second referendum on independence.

Meanwhile, Labour was left embarrassed earlier today after it emerged during First Minister’s Questions that only Labour MSP Alex Rowley had offered any Labour proposals for an alternative budget, but did so apparently without the authorisation of Scottish Labour leader Richard Leonard.

First Minister Nicola Sturgeon said: “Credit to Alex Rowley, at least he brought forward a proposal. Given he’s a front-bencher, we assumed it was an official Labour proposal, but they can’t even get their act together to agree with each other on the Budget, let alone agree with anyone else.”

Opening today’s debate, Derek Mackay condemned what he defined as the Tories’ “‘raise less, spend more’ hypocrisy,” accused the Liberal Democrats of abandon new spending on education, mental health and childcare for their “constitutional obsession”, and said of Labour: “Sources predicted their party would deliver incompetence instead of an alternative budget, and that’s what we got.”

In light of Brexit, Mackay said: “The UK Government cannot be trusted to act in Scotland’s interest. The Scottish Government will.”

Mackay reiterated that the budget may be revisited in the event of a ‘no deal’ Brexit.

“Those thinking of voting against the budget tonight will be voting against an increase in our direct investment in mental health,” said Mackay. “No opposition politician can claim ownership of policies in this budget if they vote against the means to pay for them at Decision Time tonight.”

Speaking on behalf of the Scottish Conservatives, Murdo Fraser asked if anyone “seriously doubted” whether a deal would be struck between the Greens and the SNP, despite their “annual charade.”

“No deal was just about as likely as Ross Greer winning Politician of the Year from the Churchill Appreciation Society,” said Fraser, in a reference to the controversy that has greeted the Green MSP for pointing out the former prime minister’s historical affiliation with white supremacy.

Fraser raised the Greens’ previous demands for local tax reform, and said the party had been greeted with a “fudge,” and said that Green MSP Andy Wightman had been “let down.”

READ MORE: Robin McAlpine: This is a chance for Holyrood to be better than Westminster – so why isn’t it happening?

Fraser failed to respond to Wightman’s challenge, instead – making reference to Wightman’s book Who Owns Scotland? – asking “Who owns Andy Wightman? And the answer to that is, it’s Derek Mackay.”

Fraser responded that the SFC had attributed the figures to “a lack of productivity”, apparently ignoring Fiscal Commission chair Dame Susan Rice’s statement in December 2018 that Brexit is “a major uncertainty” in their economic forecast.

In his contribution, Labour MSP James Kelly said: “Scottish Labour will oppose this dreadful budget, which is weak response to the crisis facing public services. It’s a cuts budget that threatens the jobs of council workers, fails to tackle rising levels of poverty and hands tax cuts to high earners.”

Questioning Scottish Labour’s effectiveness in securing change in previous Scottish budget negotiations, Patrick Harvie asked: “How many cuts have been prevented, how many local services have been saved” by Scottish Labour over the past three years. As jeers filled the chamber, Green MSPs gestured derisively that the answer was ‘zero’.

Kelly replied with emotion: “Labour will never sign up to a budget that has cuts to local services in it.”

In his statement, Harvie argued that last year, the Scottish Greens had made it clear that they regarded the issue of local tax reform as urgent, arguing that it would only become more so. “The package of local tax reform measures that we have seen announced today will make real progress. We have for the first time a clear, definitive timescale for publishing legislation to abolish and replace Council Tax during this session of parliament.”

Harvie continued: “The budget process as we have it at the moment is not what it should be. We have a down-to-the-wire approach from the Scottish Government, and we have a refusal to engage from most of the other political parties. The Conservatives want a proposal that no other party will support. Labour produce an uncosted wish-list, and no meaningful ideas about how to fund it. Just because the budget is published in December doesn’t mean this process is about writing letters to Santa.”

Meanwhile, Scottish Liberal Democrat leader Willie Rennie refused to apologise for making the ruling out of a second independence referendum central to the Liberal Democrats’ willingness to negotiate the budget.

“It’s not some distant threat many years hence. The First Minister is already ramping up the rhetoric in her usual obsession.”

“We will not support a Scottish Government that will use this budget as a stepping stone to independence.” Scottish Lib Dem leader Willie Rennie

“We will not support a Scottish Government that will use this budget as a stepping stone to independence, and the economic damage that would certainly bring.”

Beyond the parliament’s walls, today’s budget drama was preceding by a demonstration outside Holyrood – unattended by any MSPs – by the Scottish Unemployed Workers Network, who have been lobbying for the budget to include more money for the mitigation of UK Government welfare cuts, and whose concerns went largely unaddressed in the ensuing debate.

A statement from the SUWN said: “We have always been very clear that the cuts are the product of Westminster austerity, and we have acknowledged the significant help the Scottish Government already gives – but that doesn’t mean that they should not help further. If they abandon the poorest members of our society to destitution, they have no right to our respect. 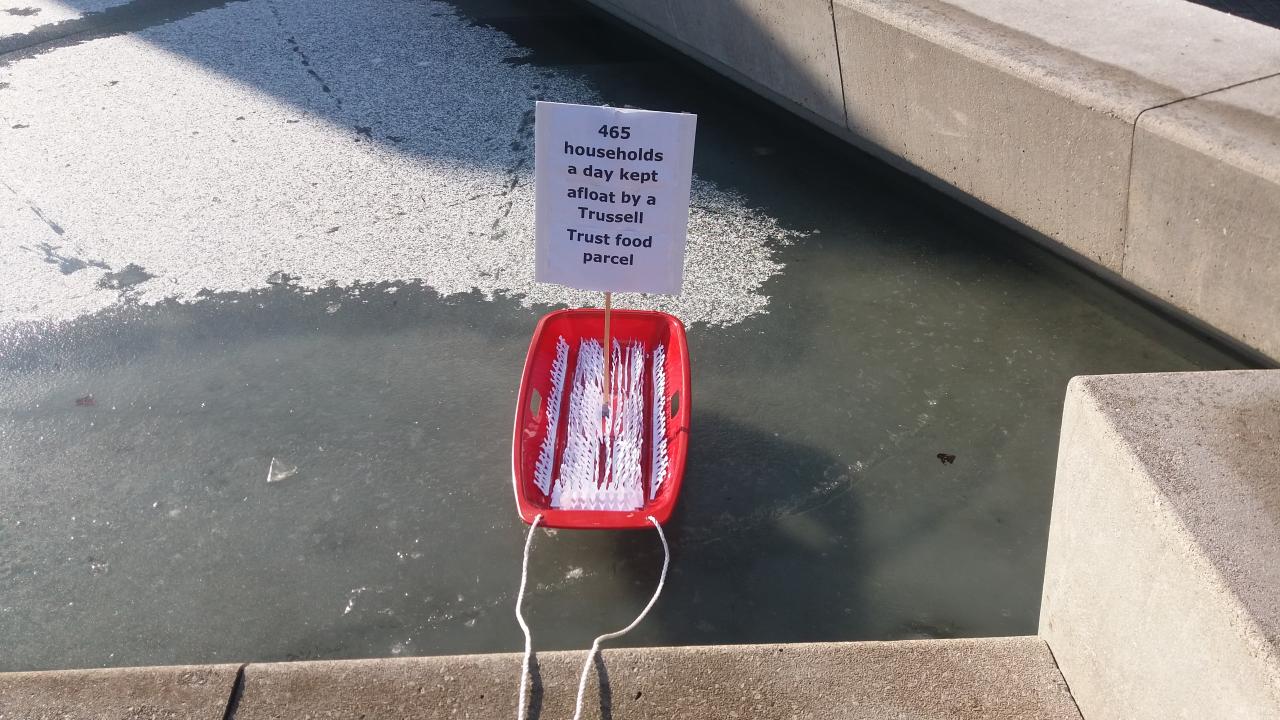 “We are far from alone in our call for further help. A coalition of third sector organisations has been campaigning hard for an increase in child benefit as the best way to reduce further child poverty. The Scottish Government’s own Social Security Committee recommended an increase in the Scottish Welfare fund as Universal Credit piles on the pressure, and desperate homeless families have demanded that the funding for Discretionary Housing Payments is increased to make up for the financial devastation brought on by the Benefit Cap.

“Every time we raise these issues we are met with knee-jerk responses defending the SNP and suggesting that because the cuts originate in Westminster it is not the Scottish Government’s job to take action. Last time we even had someone tell us that we shouldn’t demand more off their 48,000 a year salary. If anyone – including MSPs – is tempted to make such arguments, perhaps they should first imagine themselves saying this to one of the 465 Scottish households a day who are only kept afloat thanks to a Trussel Trust food parcel.”