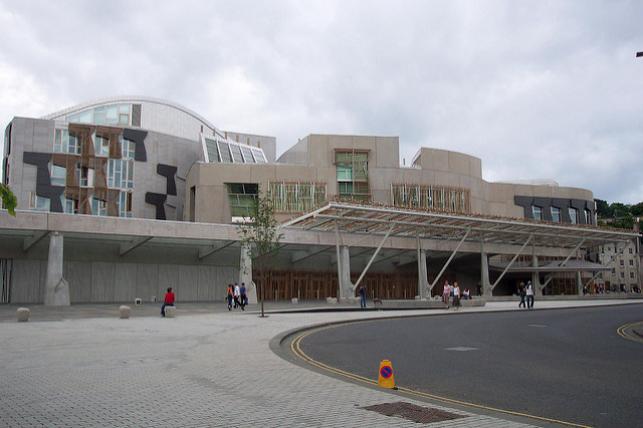 AHEAD of the second reading of the EU Withdrawal Bill, the Law Society of Scotland has criticised the bill for its removal of legislative competence of the Scottish Parliament and exclusion of the Charter of Fundamental Human Rights.

The EU Withdrawal Bill will be debated on Thursday (7 September) and Monday (11 September), before coming to a vote in the House of Commons, and the Law Society of Scotland has joined opposition parties, the House of Lords, and human rights organisations in condemning major aspects of the bill.

The Law Society has also raised concerns that the bill as drafted could remove the Scottish Parliament’s ability to create its own laws around areas that should be devolved to the parliament, but which are currently bundled up with EU law.

“The effect of the bill would be to remove the legislative competence of the Scottish Parliament.” Graham Matthews, Law Society

Graham Matthews, President of the Law Society of Scotland said: “We believe there needs to be a whole of governance approach to the UK withdrawal from the EU, which takes into account the devolved administrations and other key organisations and representative groups to ensure this complex bill works properly.

“The effect of the bill would be to remove the legislative competence of the Scottish Parliament in relation to any matter in retained EU law. This would be the case even if it related to areas of law not reserved to the UK under the Scotland Act, such as agriculture or fisheries.

“We have suggested a number of alternatives to the provisions in the bill for dealing with the complexities of retained EU law and the competence of the devolved jurisdictions, which we encourage MPs to consider.”

Nicola Sturgeon addressed this issue in First Minister Questions on Thursday (7 September), when she said the bill would “re-reserve powers” to the UK Government, and that no consultation had been made with the Scottish Parliament on any policy papers around the exit from the EU.

This criticism has been echoed by the Welsh First Minister Carwyn Jones, who has said he will not recommend that the Welsh Assembly votes for the bill in its current form for this reason.

The Law Society has also raised concerns over how the bill will impact on human rights, because the bill specifies that the EU Charter of Fundamental Rights will not be part of UK domestic law after withdrawal.

The charter bans torture and slavery, and protects the right to life, privacy, freedom of speech and religion, peaceful protest, a fair trial, fair working conditions, and equality before the law.

“We have particular concerns around plans to exclude the Charter of Fundamental Rights from domestic law.” Graham Matthews, Law Society

Matthews said: “Ensuring that people can continue to exercise their rights once EU law is incorporated into domestic UK law is vital. We have particular concerns around plans to exclude the Charter of Fundamental Rights from domestic law.

“We believe the UK Government should reconsider this because of the possible erosion of human rights if it is removed. The Charter will only apply to EU law retained following the UK’s exit from the EU and it makes sense for it to remain so UK courts can interpret the retained EU law more easily.”

Liberty UK and Amnesty International have similarly expressed concerns over the bill’s potential “erosion of human rights”, and have called for the addition of a clause to “stop ministers stripping away vital rights protections as they rewrite UK laws after Brexit”.

Given the complexity and tight timescales to progress the bill, the Law Society of Scotland has said that “the UK Government should be generous and permissive with suggestions to clarify or make improvements as the bill progresses.

“We have also called for early consultation on the draft secondary legislation that will be required as the bill goes through Parliament, to ensure there is sufficient time for scrutiny.”