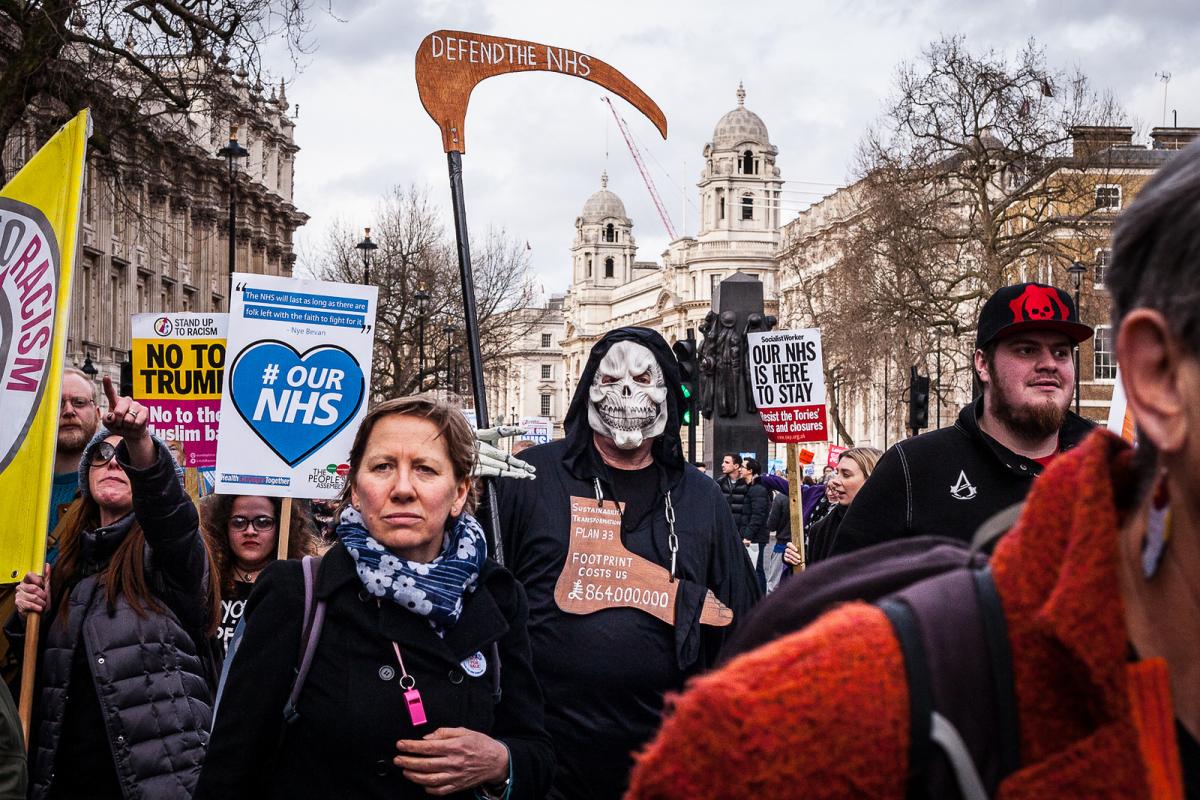 A REPORT by the influencial Nuffield Trust think tank has called on the rest of the UK to learn the lessons of improvements in the Scottish NHS.

A report, compiled by Nuffield Trust public affairs analyst Mark Dayan and chief executive and former policy director of the NHS Confederation Nigel Edwards, points to several ways in which improvements in the Scottish system could be implemented to halt the decline of NHS England and services in Northern Ireland and Wales.

“There is much for the other countries of the UK to learn from this. While comparing performance is very difficult, Scotland has had particular success in some priority areas.” Nuffeild Trust

It comes at a time when NHS England is passing through one of it’s worst crises in it’s history, with last winter’s seasonal beds crisis prompting the Red Cross to announce an emergency situation in January.

The report praises the Scottish NHS for its staff centred approach to improving services.

The authors write: “Scotland has a unique system of improving the quality of health care. It focuses on engaging the altruistic professional motivations of frontline staff to do better, and building their skills to improve. Success is defined based on specific measurements of safety and effectiveness that make sense to clinicians.”

This finding is in stark contrast to NHS England, which is beset by internal strife. Historic strikes by junior doctors brought some services to a standstill earlier in 2016.

The NHS is also facing a staffing crisis due to a sharp drop-off in the numbers of nurses applying to enter the UK. The number of EU nurses applying for work in the NHS has fallen by 96 per cent since last year’s Brexit vote.

NHS England has been subject to repeated top-down reorganisations and privatisation shcemes, including foundation hospitals, which critics in the NHS have warned is disrupting the national system.

The report reads: “There is much for the other countries of the UK to learn from this. While comparing performance is very difficult, Scotland has had particular success in some priority areas like reducing the numbers of stillbirths.

“Scotland’s system provides possible alternatives for an English system with a tendency towards too many short-term, top-down initiatives that often fail to reach the front line.”

The report also warns that Scotland still faces acute funding problems, as well as difficulties in transitioning towards a stronger social care system.