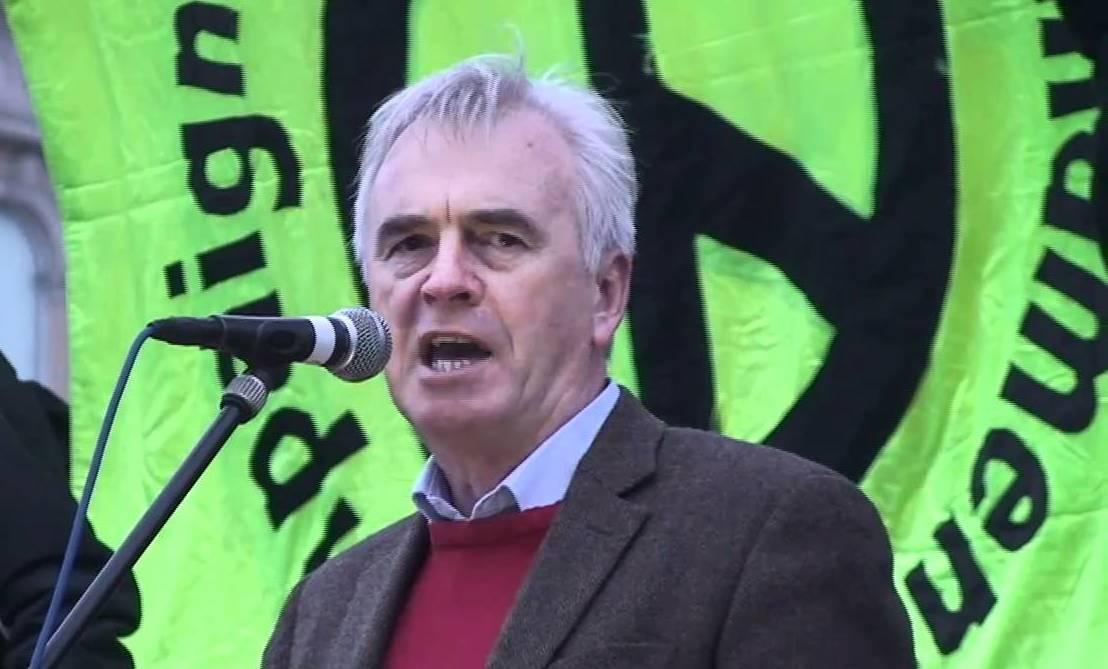 SOCIALIST Labour MPs will use any ‘balance of power’ after the election to pull the party to the left, including joining forces with SNP plans to oppose austerity cuts.

John McDonnell MP, leader of the Campaign for Socialism, a left-wing grouping in the Labour Party, said a bloc of 30-40 MPs will be able to change Labour policy in the event of a close run election.

Speaking to The New Statesman, McDonnell set out two specific demands that would place the left of the Labour Party proposing the same demands as the SNP: an end to austerity and no renewal of Trident nuclear missiles. (Click here to read more)

After the election “the first row will be around austerity unless we get this right”, McDonnell said, adding that Labour’s current policy in favour of austerity “will change, inevitably it will change,” he said.

“I think it will be clear from pressure coming back from constituencies and individual MPs that we need a Labour government quickly making a change,” McDonnell stated.

McDonnell will vote against any budget or spending review that includes cuts.

The SNP has proposed a 0.5 per cent rise in spending during each budget of the parliament, while the Labour leadership has backed “sensible cuts” in public spending.

In a hung parliament any consensus between the SNP and over 30 left wing Labour MPs could carry considerable weight.

McDonnell continued: “You’ve got to offer an alternative; you can’t come in with austerity-lite, it won’t work. Coming in with arguments that you’re going to cut services, not necessarily as much as the Tories, but you will still be cutting services, I think that argument is beginning to creak.”

McDonnell also joined SNP calls for a change in policy on Trident nuclear weapons after the election. Forty-four Labour candidates have stated their public opposition to trident renewal.

Winning a majority with Labour seats appears unlikely, especially as polls predict the SNP will make gains in Scotland.

McDonnell – in a criticism of Scottish Labour leader Jim Murphy – reiterated that Neil Findlay MSP and Katy Clark MP, who stood for leader and deputy leader in Scotland respectively, would have been a better leadership team for Scottish Labour.

In January, a group of Labour MPs called for investment, public ownership and improving trade union rights as an alternative to the party’s leadership. (Click here to read more)