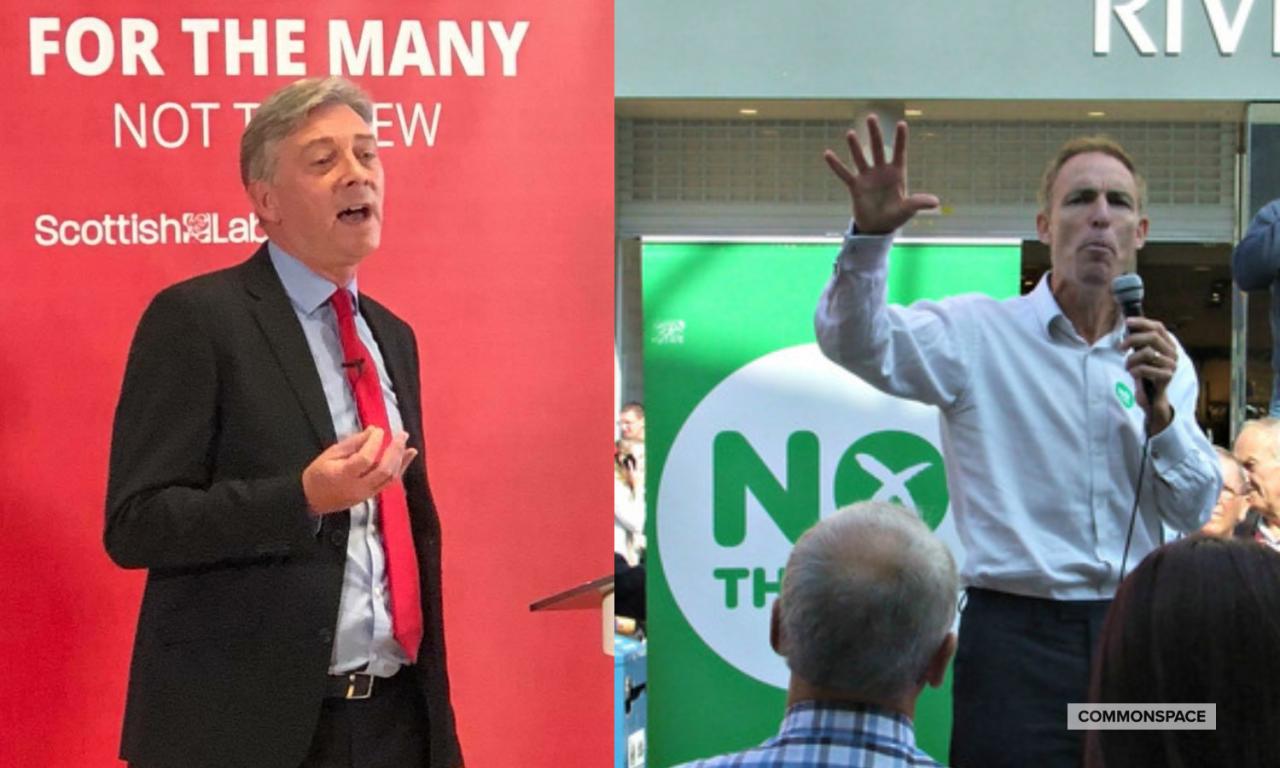 RICHARD LEONARD has been accused by some in his own supporter base of abandoning Labour’s support for Scottish self-determination after an apparent drive to promote his unionist credentials, rhetoric one respected activist said is based on a false assumption.

Jeremy Corbyn told the BBC on Thursday [20 September] that he would not rule out support for a second independence referendum if he becomes prime minister and the Scottish Parliament backed one, instead saying it would be a decision to make at the time.

Scottish leader Leonard was quick to react to the comments after they were briefly welcomed by some on the pro-independence left, stating that he would want a future Labour manifesto to provide for a mandate against a second referendum if Corbyn reaches 10 Downing Street.

Party insiders suggested to CommonSpace that the Scottish party were “surprised” by Corbyn’s comments because Leonard had intended to use the party’s Liverpool conference to bolster his pro-union credentials.

Speaking to the party membership in Liverpool, Leonard said a future Labour manifesto would oppose a referendum in opposition to Corbyn’s position of not ruling an indy vote out.

“And let me say at the very outset: we don’t need another independence referendum to change Scotland, as far as I am concerned– we’ve just had one.

“The majority of people do not want one, and as we meet here this week with the prospect of a General Election, I can make clear today that the next Labour manifesto will oppose another independence referendum.”

“We don’t need a referendum, we need the election of a Scottish Labour Government which is prepared to use its powers, and a confident Labour Party reawakening hope out of despair across these shared islands,” he said.

However, some of his own support base on the Scottish Labour left was sharply critical of his Liverpool remarks, suggesting that they were reactionary and based on “defeatist” electoral arithmetic which sought to win back No voters who backed the Tories at the ballot box in recent elections.

One Edinburgh based Labour activist, a supporter of Leonard, told CommonSpace that Better Together was the “nightmare” that Scottish Labour had failed to wake up from.

“Better Together is the nightmare that Scottish Labour has never woken up from. It is only right that we oppose independence from a socialist, internationalist perspective – we should call for existing borders to be torn down, not new ones erected. Britain as a federal republic would be a step towards social and economic justice – redistribution of wealth and power from the few to the many, and across the nations of the UK too. But as fundamentally flawed as all referenda are, we should also respect the principle of self-determination.

“Nothing will drive people into the arms of the SNP more than the idea that a UK-wide establishment is unfairly denying people a say. And conversely, it’s not our job either to shore up the unionist vote for the Tories. British nationalism is not a substitute for Scottish nationalism – only class politics can lay the foundation for the emancipation of all, but nothing is more toxic to class consciousness than nationalism or patriotism. Scottish Labour should be campaigning on a positive basis, not replaying the same battle as 2014 – lest anyone need reminding, a battle we won at the cost of losing a wider war,” they said.

Writing for the left-wing website Conter, Rory Scothorne, a writer and left-wing Labour activist, was critical of Leonard’s position which he said is fuelled by the party’s inability to deal with the “ traumas” of the first independence referendum and its subsequent electoral defeat in 2015.

Scothorne argued that a UK Government led by Corbyn would be right to respect a Holyrood vote for another referendum: “This would be in keeping with Labour’s most principled and electorally successful position on the right to self-determination, encapsulated in the 1989 Claim of Right by the Scottish Constitutional Convention, in which Labour played a leading role.”

Leonard’s position was also criticised by another influential left-wing member, Dr Ewan Gibbs, an academic who left MSP Neil Findlay listed as an important party thinker in his 2017 book.

Speaking to CommonSpace,  Dr Gibbs said the events in Liverpool showed Scottish Labour to be embedded in a reactive mindset: “Leonard’s rhetoric draws a binary between class consciousness and Scottish nationalism but rests on the unstated assumption that British identity is a natural unifier.

Unlike under Murphy or Dugdale, unionism cannot be dismissed as the sentiments of ‘red Tories’. Its genesis is a strong attachment to the Unitary state and the trauma caused by a decade of SNP advance and Labour decline. Scottish Labour urgently needs to regain the confidence to support Scottish national self-determination, and to contest the mantle of speaking for Scotland rather than futilely juxtaposing it to class.

“UK Labour needs to take a ‘root and branch’ constitutional reform of the British state seriously and cannot treat the matter as a subsidiary matter for Scotland alone, or as divorced from economic reform.”

Other left-wing supporters of Leonard were in agreement with both Scothorne and Gibbs, broadly reflecting their arguments. One member in Glasgow was also critical of the section of Leonard’s speech which laid out his plans for a more federal UK.

“Leonard is uncomfortable with the arguments that he is making and he retreats to vague promises about creating a more decentralised and federal UK as political cover. The reality is that most Scottish voters are fed up of hearing successive Scottish leaders define their own brand of federalism.

“Richard Leonard and Scottish Labour should oppose independence within Scotland, and that could include arguing against a second referendum in Holyrood. However, the party will suffer if our position at an election is to tell voters a Corbyn government will ignore the Scottish Parliament completely on this issue.”

Opposing views within his own faction of Scottish Labour were not the only problem Leonard was left to deal with after the Labour conference, with his speech overshadowed by a sectarian remark made towards a delegate by a senior Labour official.

Left-winger Andy Kerr, from Glasgow, who chairs Labour’s ruling executive, appeared to mock a woman who he had invited to speak from the stage in a debate. As the person walked to the stage, Kerr said:  “Did you cross yourself, there? In that case, I might not.”

Leonard quickly branded the mark unacceptable and said he was glad Kerr had apologised unreservedly, but the incident overshadowed his speech and the conference in general, which senior Labour figures were using as a friendly platform to make a series of major policy announcement, including a ban of cash machine fees.