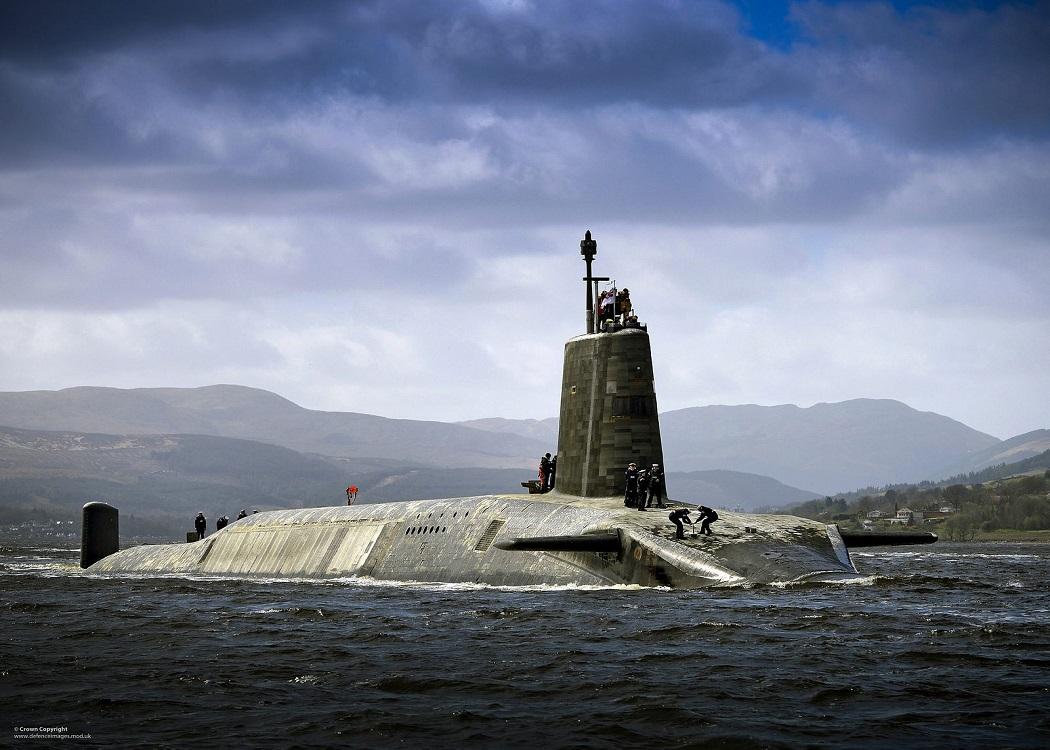 And we all, left and right, knew that Trident missiles would become an issue when Corbyn became leader of the UK Labour party, because both the Conservatives and those Labour MPs who love the idea of having nuclear missiles use his anti-nuclear stance as another stick to hit him with.

But, with another debate on whether Trident should be replaced coming up in parliament sometime this year, and with many Labour MPs in favour, why aren’t Corbyn’s team and the Campaign for Nuclear Disarmament (CND) using the other many good reasons available to make a strong case against replacing Trident nuclear missiles?

Why aren’t Corbyn’s team and the Campaign for Nuclear Disarmament (CND) using the other many good reasons available to make a strong case against replacing Trident nuclear missiles?

Why stick yet again with the cost of replacement, and what the money saved could be spent on?

True, the cost is horrendous because it isn’t just a new missile system that is planned; the ageing nuclear submarines are also being replaced. Each year the cost increases by billions, often because of design faults which should have been foreseen. But the Ministry of Defence procurement system is notorious for its mistakes and has wasted billions of taxpayers’ money.

We have known for years that the military (except the Navy) think Trident is completely useless . It hasn’t stopped the UK from being embroiled in what sometimes seems like non-stop wars. It won’t prevent terrorist attacks.

Nor did it prevent Argentina from moving in on the Falkland Islands. And using it would be judged illegal under international law, not that a succession of UK governments have ever respected such laws.

We have known for years that the first of the new submarines, HMS Astute, was beset with problems and costing a fortune . But then, the new ‘state of the art’ aircraft carrier has a similar history . Quite frankly, the endless catalogue of poor design and engineering has made the UK a laughing stock.

We know that Astute ran aground in familiar waters; that previous nuclear submarines had been involved in the sinking of fishing vessels; that a major nuclear incident involving the submarines at Devonport was only just averted in 2012.

It hasn’t stopped the UK from being embroiled in what sometimes seems like non-stop wars. It won’t prevent terrorist attacks.

We knew that where two nuclear submarines out of four used to be at sea, it is now only one , and that the Navy has for some time struggled to recruit enough submariners . This was highlighted again by the whistle-blower William McNeilly last year. He cast doubts on whether the nuclear missiles could be launched at all, so broken is the whole system.

We also know that submarines will be not just threatened but beaten by modern technology – their ‘secrecy’ under the waves will be located by the rapidly developing technology for underwater drones .

Would anyone, even those who support the UK having nuclear missiles, feel safe trusting such horrendously dangerous weapons to an insane basket-case of a submarine fleet?

For all the reasons above, Corbyn’s recent throw-away remark on the Andrew Marr show that ‘the submarines could go to sea without the missiles’ should have been treated as just that. But no. The media went wild making fun of his ‘nuclear’ policy.

Yet there is one argument that could make Trident and its submarines dead in the water that Labour and CND are not using, nor is it mentioned by the media. It is certainly not brought up by the government, except when voicing objections in the UN General Assembly.

We also know that submarines will be not just threatened but beaten by modern technology – their ‘secrecy’ under the waves will be located by the rapidly developing technology for underwater drones .

An unprecedented series of intergovernmental and civil society conferences has laid the foundation for a political process that could finally ban and eliminate nuclear weapons. It would become illegal not just to use them, but to possess, make, store, transfer, sell or, indeed, to have anything at all to do with or connected to nuclear weapons. All of them.

Following the Oslo Process which successfully brought about the Conventions banning landmines and cluster munitions, and basing their deliberations on the dire humanitarian consequences of even one missile being used, Norway hosted the First Conference on the Humanitarian Impact of Nuclear Weapons (HINW) in March 2013 in Oslo.

It demonstrates the commitment of much of the world towards ending the threat of nuclear weapons that three international conferences should be held in the space of 21 months.

In May 2015, the latest RevCon (Review Conference on nuclear non-proliferation) took place. It was a failure. At the same conference nations were signing up to the Humanitarian Pledge, despite cries of horror and backroom bullying by nuclear states.

Bear in mind that there are 196 countries in the world. By the start of the 2015 RevCon, 159 non-nuclear states had signed up to the Pledge and the endorsing states numbered 76 (read the full story here) . No wonder the permanent five members of the Security Council were getting worried.

Last December the UN General Assembly voted to set up a new UN ‘working group’ which will start the process of writing a treaty making all nuclear weapons illegal.

Last December the UN General Assembly voted to set up a new UN ‘working group’ which will start the process of writing a treaty making all nuclear weapons illegal. In November, prior to that vote, the permanent five (US, UK, France, Russia and China) issued a statement on why they opposed such a move: setting up a ban on nuclear weapons “would undermine the NPT (Non-Proliferation Treaty) regime”.

They would have “preferred a working group bound by strict consensus rules”. Well, of course they would. It would have allowed them to block any progress. Try as they might, they are finding it near impossible to stop this flood of nations moving to rid the world of nuclear weapons.

On 28 January ICAN made this announcement: “Today in Geneva, the ‘Open Ended Working Group’ is meeting to develop ‘legal measures, legal provisions and norms’ for achieving a nuclear-weapon-free world. This new UN body has the backing of 138 nations.

“Beatrice Fihn, executive director of ICAN, said: “It is time to begin the serious practical work of developing the elements for a treaty banning nuclear weapons. The overwhelming majority of nations support this course of action.”

Why replace something that in a year or three could be completely and utterly illegal?

ICAN UK added: “It’s important that this international perspective informs the UK debate on Trident renewal, so please help to share this information.”

Civil society representatives, including people from ICAN, will be assisting the working group. But has Labour thought of sending anyone along? And why aren’t Jeremy Corbyn and his team flagging this up as a major argument against replacing Trident?

After all, why replace something that in a year or three could be completely and utterly illegal?