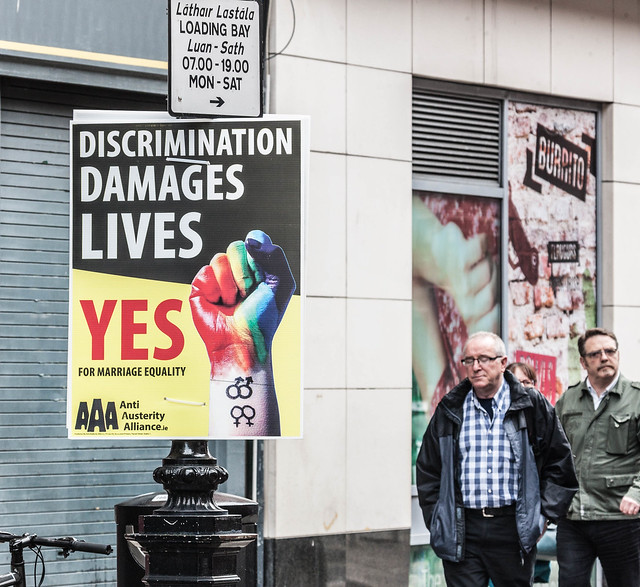 The Republic of Ireland’s Referendums Commission has been useful and trusted in distributing “objective” information to voters, Dr Theresa Reidy told Holyrood’s finance and constitution committee

FUTURE REFERENDUMS in Scotland may require the Electoral Commission to take a more active role in providing “objective” information to voters, if the legislation allows for the possibility of future votes beyond a second Scottish independence referendum, MSPs have been told.

The Scottish Parliament’s finance and constitution committee today [11 September] heard evidence from a number of academic experts, as part of their Stage 1 consideration of the Referendums Bill, which was introduced by the Scottish Government earlier this year in order to provide a clear legislative route to a second plebiscite on independence.

Since the legislation in its current form could allow for any number of future referendums at the behest of the Scottish ministers, concerns were raised about how any potential vote could be conducted effectively, fairly and with adequate and objective information promulgated amongst voters.

Dr Theresa Reidy of University College Cork told the committee: “One thing that might be given a little more thought is what powers or what role the Electoral Commission could play – in particular, looking at providing more impartial information to voters.”

There has already been controversy over the Electoral Commission’s prior interventions in plans to hold another independence referendum before 2021, with the body recommending a gap of at least nine months between the completion of the legislation and polling day.

“One thing that might be given a little more thought is what powers or what role the Electoral Commission could play – In particular, looking at providing more impartial information to voters.” Dr Theresa Reidy

There has also been speculation that the commission might back a change in the wording of such a referendum, as it proposed the Leave/Remain choice in the 2016 referendum. Such speculation this week prompted Scotland’s constitutional relations secretary Mike Russell to argue that there was no need for the Electoral Commission to re-test the ‘Yes/No’ formulation used in 2014, as the question was ‘still current’.

While questions over wording and timing were largely unaddressed at the committee meeting, the possibility of misinformation being spread during referendum campaigns was raised repeatedly, in light of accusations that the Leave campaign made false or misleading claims during the lead-up to the Brexit vote.

Dr Reidy made numerous comparisons with the Republic of Ireland’s independent Referendum Commission, which has played a key role in recent votes on amending the Irish constitution on matters such as same-sex marriage and allowing for the legislation and legislation of abortion.

“But that’s not something that happened overnight – that’s because of cumulative experience of running referendums. We’ve been having about one referendum a year for the past 10 to 15 years.”

Dr Reidy continued: “What the Referendum Commission does in Ireland is provide information that is objective and factual, which is not disputed. Now, there are limits to that, because there are still going to be areas where there are very substantive elements of contention.”

READ MORE: Analysis: How likely is an Irish border poll?

Citing Dr Ready’s submission – which states “as concerns about misinformation grow, it’s likely that the role of independent electoral commissions will become more crucial in providing comprehensive information that can be trusted by voters” – Scottish Greens co-leader Patrick Harvie said: “I’m worried that, if we rely on that kind of argument, we slightly miss the effect of the way that digital campaigning is happening at the moment – in a way that’s not only having the effect, but is designed to achieve the effect of undermining voters’ trust in objective information, and simply offering voters the choice of which source of information they choose to subscribe to, rather than recognising anything that is objective.

“Where is the balance between respecting freedom of speech, and actually holding people to account for telling objective lies?” Harvie asked. “There is a difference between expressing a contentious or contested opinion, and saying for example: ‘Turkey, population 76 million, is joining the EU.’ That is a bare-faced lie, or was during the campaign. ‘Now the EU wants to ban tea kettles’.

“These are objective lies, and once they’re out there in the digital space, they may be being shared by individuals rather than by companies who can be held to a digital imprint. What potential is there to engage with this new area of campaigning, and effectively regulate it?”

“I’m afraid there is no answer to that,” Dr Reidy responded, to laughter from the committee.

Using the example of Cambridge Analytica, Reidy added that such entities “pose challenges because of the nature of the medium, but then there’s also the secondary issue that they’re transnational in their very nature. And this is where the real regulatory challenge emerges: you’re effectively trying to regulate companies and platforms that may exist outside the state.

“One of the ways other countries are getting at this is to come together at a European level, to try and work collaboratively with the companies that are involved. Effectively what was happening in advance of the European Parliament elections was that a code of conduct was agreed between the social media platforms and the European Commission, with the quid quo pro being that if the platforms didn’t engage, ultimately the Commission would legislate… Transnationally, it’s easier to address these kind of issues.”