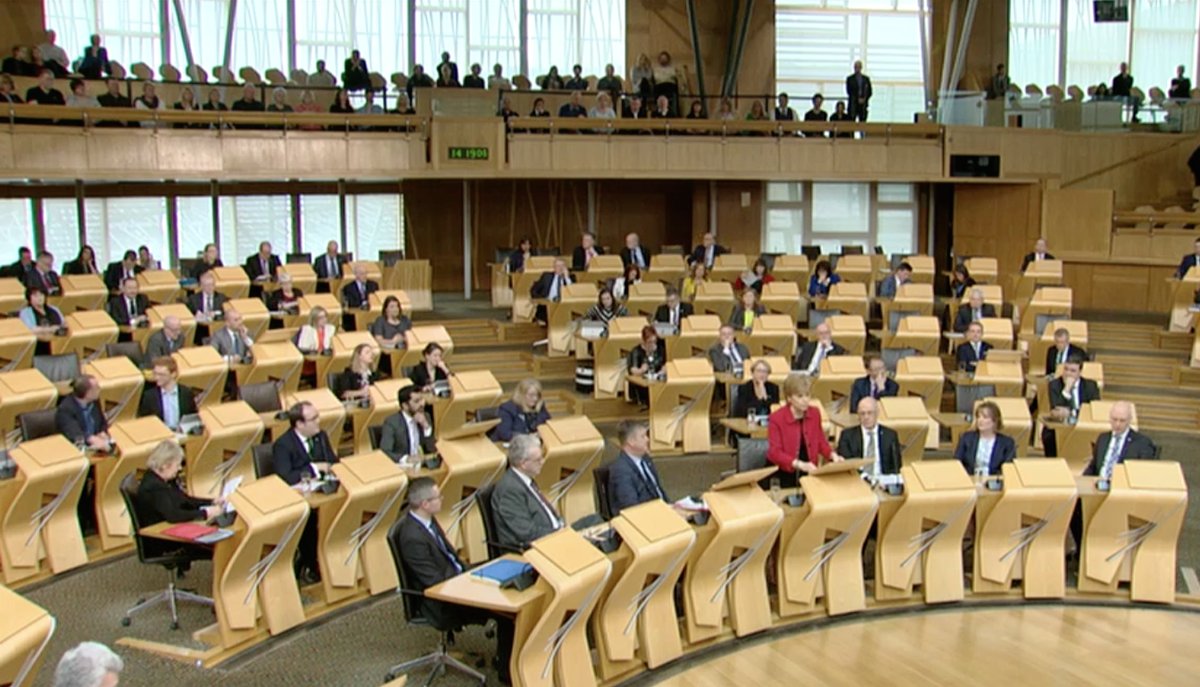 Pressure on Theresa May after Scottish Parliament backs fresh referendum

“LET THE PEOPLE DECIDE,” was the verdict of the Scottish Parliament as it backed the right to hold a fresh referendum on Scottish independence.

The Scottish National Party and the Scottish Greens, based on the growing threat from a Tory Hard Brexit, said it was right that the public have a final say on the country’s future.

The Scottish Parliament voted by 69 votes to 59 to “give the people of Scotland a choice over the future direction and governance of their country at a time, and with a question and franchise, determined by the Scottish Parliament”. That referendum would take place between the Autumn of 2018 and Spring 2019, on the basis that “there is clarity over the outcome of the Brexit negotiations”.

The result intensifies the challenge to Tory leader Theresa May the day before she is due to trigger Article 50 on exiting the European Union. May has so far claimed that “now is not the time” for a fresh vote on independence, while the Scottish Government is now calling for future talks to agree a future timetable for a referendum.

Tory ministers have opted to seek a ‘Hard Brexit’ – including an exit from the Single Market, which experts warn is a threat to the Scottish economy. Agriculture, exporting businesses, education research bases, and EU citizens in Scotland, as well as Scottish citizens in Europe all face restrictions on their rights to work, live and trade as a result of Brexit talks.