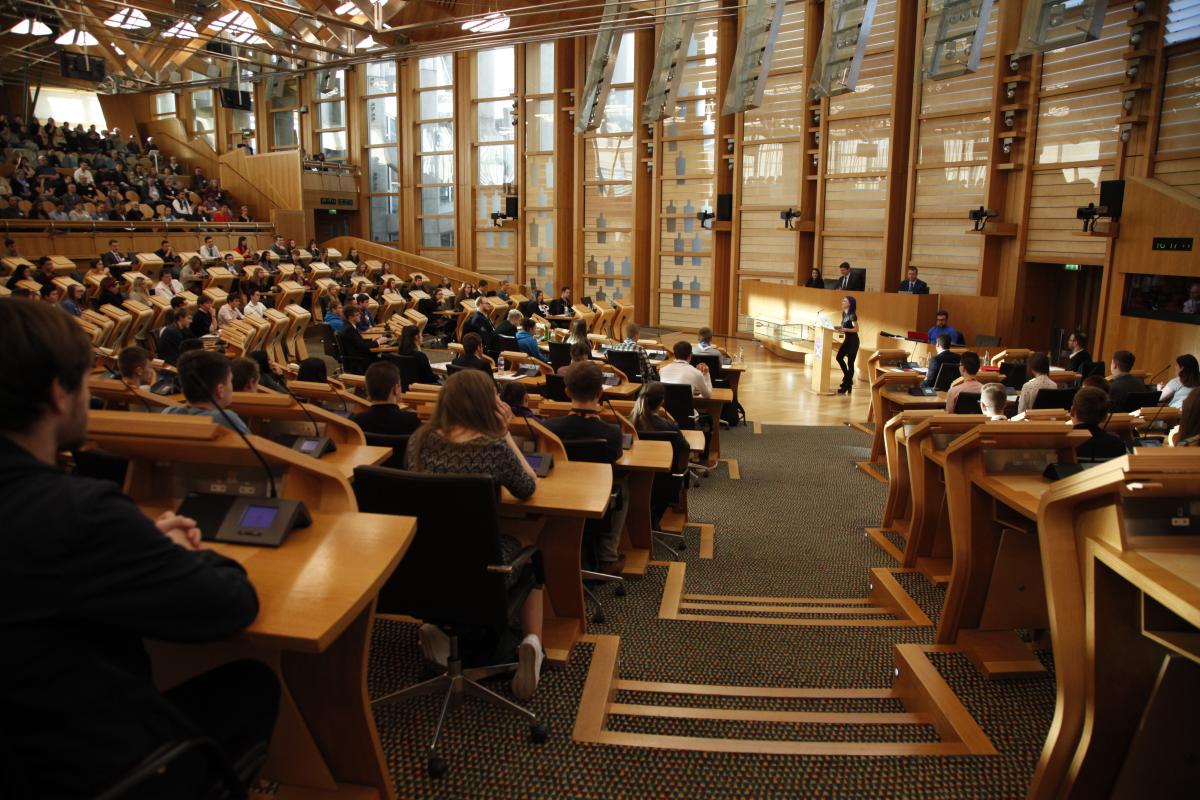 THE SCOTTISH YOUTH PARLIAMENT (SYP), the politically independent elected body representing young people’s interests in Scotland, has strongly reiterated its support for a lower UK voting age, following the announcement that the Welsh Government intends to allow 16- and 17-year-olds to vote in local elections.

If passed by the Welsh Assembly, the Welsh Government’s plans would allow those in Wales aged 16 and 17 to vote in Wales’ next local authority elections in May 2022. However, the proposed changes would not apply to future General Elections – they can only be made by the UK Government – or the 2021 Welsh Assembly elections.

In lowering the voting age, Wales would follow the example of Scotland, where a bill allowing Scottish 16- and 17-year olds to vote in local and Holyrood elections was passed unanimously in the Scottish Parliament in June 2015. Prior to that, 16- and 17-year-olds also voted in the 2014 Scottish independence referendum.

In November 2017, an attempt to lower the voting age to 16 UK-wide at Westminster was blocked when Conservative MPs ‘talked out’ the Representation of the People (Young People’s Enfranchisement) Bill, employing filibusters to shorten the amount of the time MPs had to debate the issue, rendering the bill ineligable for a vote.

The SYP, which has strongly advocated for the ‘Votes at 16’ campaign since 1999, welcomed the Welsh Government’s announcement, with Chair of the SYP Amy Lee Fraioli MSYP telling CommonSpace: “In Scotland, we at the Scottish Youth Parliament have seen first-hand what reducing the voting age to 16 has achieved in terms of empowering our country’s young people to be active participants in society.

“The news that the Welsh government is to extend voting rights to 16- and 17-year-olds is very welcome, and another huge step towards ensuring that all young people in the UK aged 16 and over have the right to choose who represents them.

“However, it is both unjust and confusing that a 17-year-old in Scotland and, now in Wales, can choose who represents them in Cardiff and at Holyrood, yet they are denied that right for Westminster elections. And it is grossly unfair that a 16-year-old living in England gets no say whatsoever on who represents their views.

“Young people across the UK deserve better. We urge the UK Government to urgently tackle this anomaly and ensure that the voting age for all UK elections is reduced to 16, without delay.”

Fraioli’s comments echo those of the Electoral Reform Society (ERS), which lobbied hard for the new voting age in Wales, and are also calling on the UK Government to back similar reforms.

“It is both unjust and confusing that a 17-year-old in Scotland and, now in Wales, can choose who represents them in Cardiff and at Holyrood, yet they are denied that right for Westminster elections.” SYP Chair Amy Lee Fraioli

Commenting on the new developments in the Wales, Darren Hughes, chief executive of the Electoral Reform Society, said: “The Welsh Government are setting a positive example for Westminster – it’s time the UK Government followed suit in backing a franchise fit for the 21st century.

“This generation of school leavers are more clued up on politics than ever. Yet despite being the first to have received citizenship education, they are being denied their full rights as citizens.

“There is a widening gulf between people and politics which we can help reverse. This is about nurturing active and engaged young citizens for the health of our democracy. When young people help build a deep and diverse political debate, we all benefit.

“However, it would be a glaring constitutional injustice if around a million 16 and 17 year olds in England and Northern Ireland continued to be denied a vote in elections. And it remains a political inequality that 16- and 17-year-olds in Scotland and Wales will be unable to vote in Westminster elections.

“This is now in Theresa May’s ballpark – and if she wants to show she is committed to a stronger and less divided country she should get behind the movement for a fairer franchise.” ERS Chief Executive Darren Hughes

“This is now in Theresa May’s ballpark – and if she wants to show she is committed to a stronger and less divided country she should get behind the movement for a fairer franchise. This is about being on the right side of history and we hope the UK government now come forward with proposals for reform in line with Wales and Scotland.

“We know the positive impact that votes at 16 can have in reviving our democracy. 16- and 17-year-olds threw themselves wholeheartedly into the Scottish independence referendum, with 75% voting and 97% saying they would vote in future elections.

“Even those opposed to extending the franchise for the referendum at the time – such as Scottish Conservative leader Ruth Davidson – now back it after seeing the inspiring impact it has.”