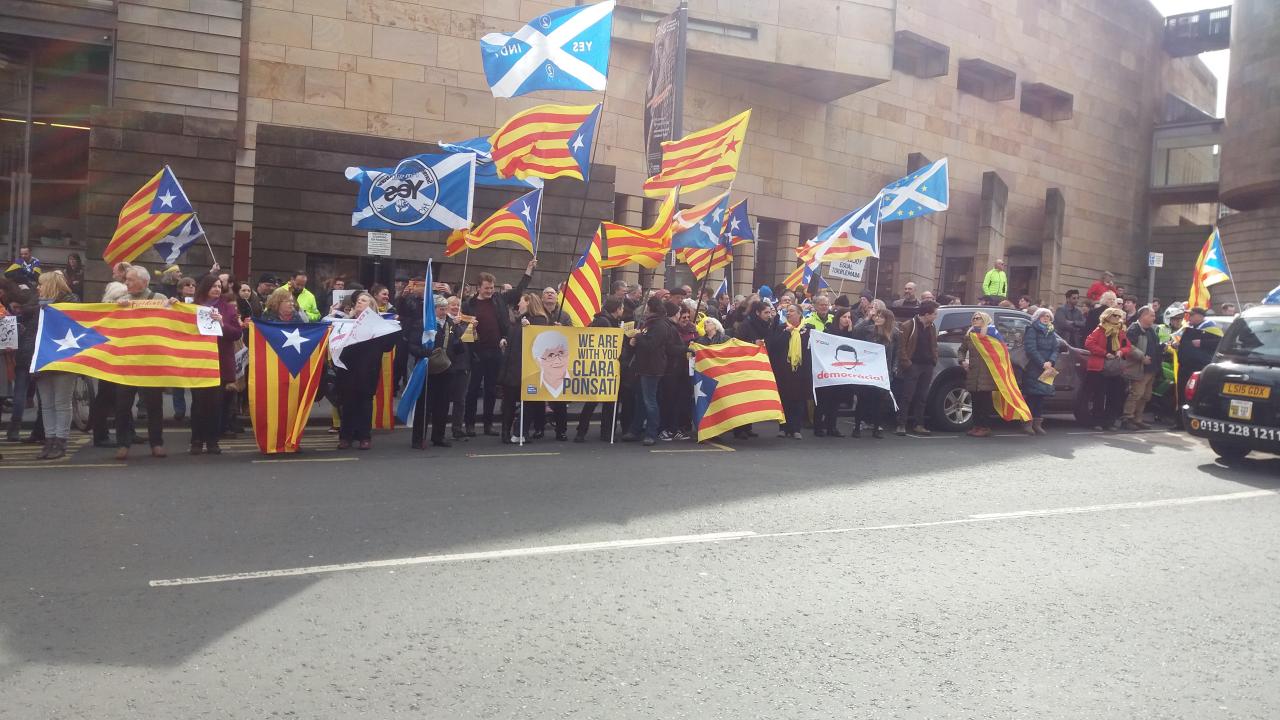 FOLLOWING the withdrawal of the European Arrest Warrants for Clara Ponsati and all other Catalan politicians sought by the Spanish authorities, the grassroots solidarity organisation Catalan National Assembly (ANC) Scotland has announced a series of actions across Edinburgh this weekend to show support for Catalan political prisoners and exiles.

Prior to the official withdrawal of the warrant for Ponsati – the former Catalan education minister and noted St Andrews academic – at Edinburgh’s Sheriff Court on 23 June, demonstrations had previously been planned for 30 July, the original date of her extradition hearing.

Now, in the wake of Ponsati’s lawyer Aamer Anwar’s challenge to the Spanish Government to release all political prisoners and allow the return to Spain of all Catalan exiles without condition, ANC Scotland has planned two central events to reaffirm Scottish solidarity for the Catalan Republic against legal and political repression, on Sunday 29 and Monday 30 of July.

“The aims of these events are to support and show solidarity with Clara Ponsatí, and also to take advantage of this opportunity to weave synergies between Catalonia and Scotland.” ANC Scotland statement

A statement from ANC Scotland explained: “The aims of these events are to support and show solidarity with Clara Ponsatí, and also to take advantage of this opportunity to weave synergies between Catalonia and Scotland, to share experience, to exchange ideas with local people, to inform about everything that has been done and is being done in Scotland.”

On the evening of 29 July from 9pm, a large mosaic of candles, which together will form a yellow bow – a symbol of solidarity with Catalan political prisoners – and a Saltire in Edinburgh’s Stockbridge Market, open to anyone who wishes to place to take part. Speakers at this event will include Ponsati, Anwar and SNP MP Joanna Cherry.

On 30 July, in substitution for the assembly in front of the Sheriff Court that had been earlier planned, a barbecue will be held in Edinburgh’s Meadows as a fundraising event in support of Catalan political prisoners and exiles, with speakers from civil society organisations including the Catalan Defence Committee Scotland, Students of St Andrews in Support of Clara Ponsatí and ANC England.

To maximise the amount of Catalans from throughout the world who can visit Scotland for these events, a campaign has been launched on social networks – centered around the  “Omplim Edinburgh – Let’s Fill Edinburgh” Facebook page – through which Scottish citizens can offer free accommodation to Catalans wanting to take part. A Telegram channel, @OmplimEdinburgh, has also been set up, for news updates related to these events.

On 30 July, Aamer Anwar has been added to the list of speakers at the ‘Where Now for Catalan Independence?’ forum in Edinburgh, jointly held by CommonSpace, Bella Caledonia and ANC Scotland. Other participants include former SNP MP George Kerevan and writer Chris Bambery, co-authors of the newly published Catalonia Reborn, as well as Joanna Cherry and Catalan National Assembly president Elisenda Paluzie.

This weekend may prove even more significant for Catalan affairs, as Catalonia’s former president Carles Puigdemont has said that he will return to Belgium on Saturday, now that the arrest warrant which prompted his arrest by German authorities in March has been lifted.

Puigdemont told press in Berlin that he intends to continue his work to fulfil “the people’s mandate” and support those Catalan politicians who remain imprisoned by Spanish authorities.

Puigdemont argued that the Spanish state’s legal efforts against the organisers of Catalonia’s 2017 independence referendum are “no longer a Spanish domestic affair”, noting that while European governments have offered little direct support, “we have plenty of support from European citizens”.

“Catalans will never give up on the right to self-determination.” Catalan President Quim Torra

Later next week on 1 August, the Catalan and Spanish governments will convene in Barcelona for the first official meeting of their bilateral commission in seven years.

At the summit, the Catalan Government intends to debate “rights and freedoms” and “ways for Catalan citizens to democratically participate in the decisions concerning their future.”

Speaking to consular groups on 24 July, Puigdemont’s successor, Catalan President Quim Torra said: “Catalans will never give up on the right to self-determination.” 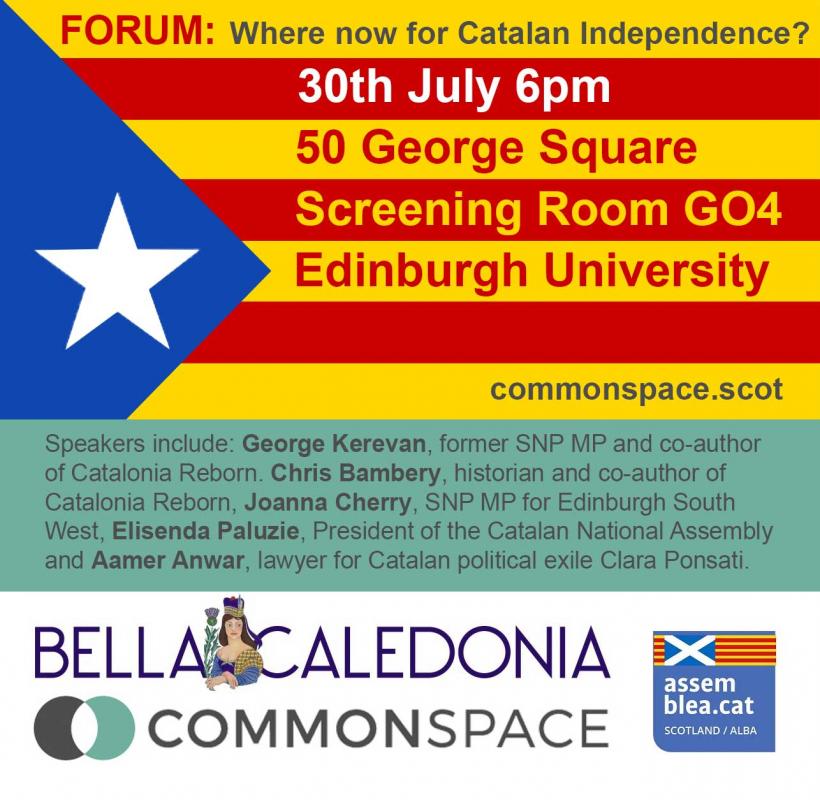