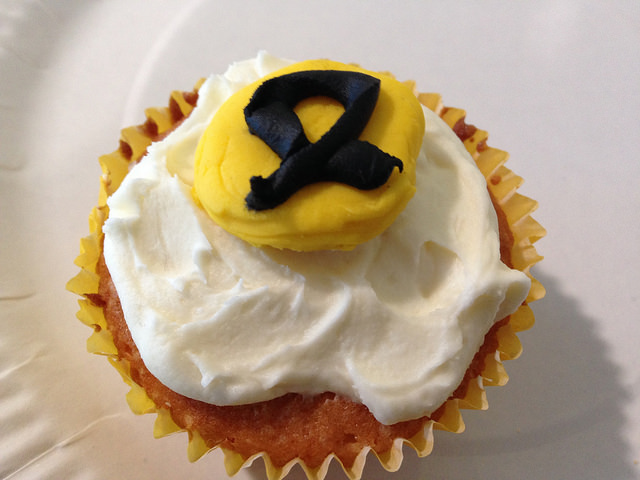 Social media political commentator @Indy_MissK says voting SNP will not only make a Labour government more likely, but it could pull it even further left

I’M NO fan of Jeremy Corbyn. As a supporter of Scottish independence I think his ignorance and characterisation of the cause of the Scottish left can be ignored to a point, but what is indefensible is the fact that he follows Scottish Labour’s lead and deploys a thoroughly Tory argument for why Scotland shouldn’t be independent.

Corbyn, who is currently campaigning on a manifesto of borrowing and tax raising in order to invest, raise public spending and grow out of a deficit, says that an independent Scotland couldn’t do the same – apparently we are inept by virtue of being Scots – and that we would have to implement “turbo-charged austerity cuts”.

It’s hard to understand how any person of integrity who has any real sense of solidarity with the people of these islands would ever encourage a narrative that has caused so much damage to our country. It is perfectly possible to make a case for the union without validating Tory ideology and attempting to deceive.

However, it is very clear that Corbyn’s UK Labour manifesto is a programme for government that proposes the kinds of progressive policies that the UK desperately needs, and any voter who is at all on the left of the political spectrum should be hoping for a Labour government.

In Scotland, the best way to achieve this, though, is to vote SNP.

A hung parliament is increasingly looking like a possibility, and the SNP has been clear it would work with Labour in such a situation, as have the Greens and Plaid Cymru. It’s also clear that Scottish Labour isn’t in contention in this election (except in one or two seats) so voting for your local Labour candidate will likely only increase the chances of your local Tory candidate winning.

And even if your local Scottish Labour candidate won, it’s very likely the SNP contingent would be voting more with Corbyn than your Labour MP would be.

But there’s also a huge benefit to the SNP having leverage over Labour, and this is what I think voters on the political left in Scotland should consider.

A hung parliament is increasingly looking like a possibility, and the SNP has been clear it would work with Labour in such a situation, as have the Greens and Plaid Cymru.

UK Labour is now pro-Brexit and pro-Trident, while the SNP wants immigration devolved, Scotland to remain in the single market (and thus able to continue free movement), a seat at the Brexit table (not least to ensure that our fishing communities aren’t sold out) and, of course, Trident scrapped.

This all happens to be in line with what most Scottish voters want, and yet neither of the two main UK parties has proposals that respect the votes and wishes of Scots. Having the SNP make a strong case on these issues, utilising leverage over Labour, is surely the best chance we have of changing this.

With that said, it’s on welfare that I would argue the SNP is needed most. Both the SNP and Labour have outlined plans for ending austerity, by taxing wealth and higher earners, investing in public services, and implementing a real living wage.

In addition, Labour has adopted some SNP policies already implemented in Scotland, like free tuition and free school meals, and says it will scrap the ‘bedroom tax’ and reinstate housing benefit for 18-21 year olds; cuts the SNP is already fully mitigating in Scotland. Labour also says it would increase carers allowance to the level the SNP is raising it to here.

It’s also clear that Scottish Labour isn’t in contention in this election (except in one or two seats) so voting for your local Labour candidate will likely only increase the chances of your local Tory candidate winning.

However, in response to cuts in support for children and cuts to Universal Credit – together totalling over £5bn – Labour says in its manifesto that the party would “redesign” the Universal Credit system, but then only actually commits to ending the rape clause and long waiting times.

Conversely, the SNP manifesto asserts that the two-child tax credit cap should be scrapped and that the roll out of Universal Credit should be immediately halted to prevent further cuts. Both these SNP commitments would prevent £5bn+ of cuts.

The SNP also argues in its manifesto for reinstatement of the Work Allowance, and while Labour mentions it, again the party makes no commitment to reinstate it.

Perhaps most surprising, though, is the fact that Labour doesn’t even mention the benefits freeze in its manifesto – a freeze that Labour’s own research revealed back in April would remove £13bn in support from the poorest and most vulnerable over the next four years.

Again, this is a complete contrast to the SNP, which says in its manifesto that the freeze should immediately end and all benefits should rise at least in line with CPI inflation.

Even if your local Scottish Labour candidate won, it’s very likely the SNP contingent would be voting more with Corbyn than your Labour MP would be.

Corbyn did – very reluctantly – state in an interview with Jeremy Paxman that he would lift the benefits freeze, however the Resolution Foundation points out that the £2bn Labour has set aside yearly in its manifesto costings to address cuts won’t be enough to reverse most of them.

In fact, this £2bn would only allow Labour to cover little more than half the freeze yearly, and would leave nothing for the cuts to Universal Credit and the cuts in support for children, or indeed for reinstatement of the Work Allowance.

This is surely why Corbyn’s comments to Paxman were swiftly qualified by his shadow international trade secretary, Barry Gardiner, who said in a radio interview the following day that Corbyn didn’t mean that all benefits would be unfrozen.

Indeed, it wasn’t long before news outlets were reporting Labour sources “close to the leader” as saying that what Corbyn meant was that Labour would “mitigate some of the effects of the freeze”.

Thus, as things stand, on Labour’s own figures, Corbyn’s party is only pledging to cover less than a quarter of these cuts and will also not, therefore, be ending the benefits freeze. This is clearly why Labour has been incredibly vague and made few actual commitments on welfare in its manifesto.

But there’s also a huge benefit to the SNP having leverage over Labour, and this is what I think voters on the political left in Scotland should consider.

the SNP, meanwhile – a party that isn’t beholden to a polity hostile to welfare increases – has provided detailed policy that would reverse all of these cuts and go even further. The SNP will also push any future UK government to set up a poverty and inequality commission, just as it has done in Scotland.

The SNP is, of course, also arguing for welfare to be devolved, which would mean we’d have the most progressive welfare system in the UK. While this would be great for Scots who rely in any way on the welfare system (and is therefore reason enough to vote for the party) there is also the potential – in the case of a Labour minority government where the SNP has political leverage – for Labour to be pulled more to the left on important areas like welfare, at UK level.

It certainly needs to be if we are to take its manifesto seriously.