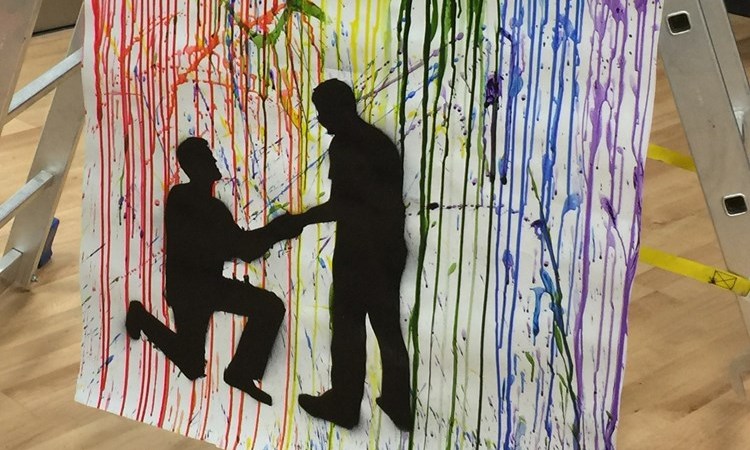 THIS February, a range of activities are on offer around the country to mark LGBT history month.

CommonSpace gives you the rundown of this year’s programme, including film nights, art workshops, poetry readings and even a roller disco.

LGBT History Month has been recognised in Scotland and the rest of the UK every February since 2005. The programme in Scotland is co-ordinated by LGBT Youth Scotland and delivered by a wide partnership of organisations.

Michael Richardson, LGBT History Month co-ordinator, told CommonSpace what this year’s history month is all about: “It’s an opportunity to highlight lesbian, gay, bisexual, transgender, intersex and queer lives and culture, and to reflect on the continued fight for LGBT liberation.

“2017 is the Scottish Government’s year of history, heritage and archaeology, so this year we’re putting the focus on LGBT heritage.

“We’re asking organisations, groups and individuals to share their own milestones – a photograph, a clipping from an article, a handwritten note – using the hashtag #LGBTHeritage so we can uncover some of the hidden histories that have been part of Scotland’s story.”

Throughout February and a bit of March (because four weeks just isn’t enough), there are events taking place in at least 11 local authorities of Scotland, with a little something for everyone. 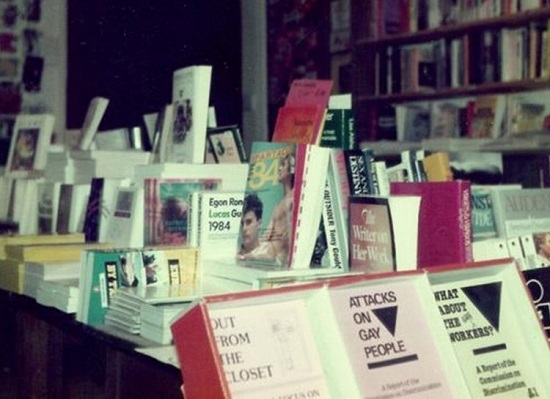 It wouldn’t be history month without some good old fashioned (pun intended) history. If you’re a history buff or would just like to learn a bit more about our LGBTQ forebears, there are a few key events you might want to check out.

February 2: OurStory Scotland and LGBT Health and Wellbeing will present ‘Coming In: Stories of People Moving to a New Place or Country’ at the National Library of Scotland in Edinburgh.

The event will feature audio recordings and live talks about the stories of LGBTQI people who migrated to Scotland and will give participants the opportunity to record their own.

February 24: Head to the CCA in Glasgow for ‘Cruising the 1970s – Between the Sheets: Radical Print Cultures before the Queer Bookshop’. Featuring three conversations with a range of speakers, as well as performances and screenings, the event will explore the role of print for queer communities in the 1970s.

February 25: Glasgow Women’s Library will run a workshop on the LGBT and feminist histories within their archive and consider whether radical archiving can be relevant to LGBTQ people today.

February 26: An exhibition, Proud City, will showcase items loaned and donated by the LGBTQIA+ community and a film exploring life in Edinburgh in 2016. 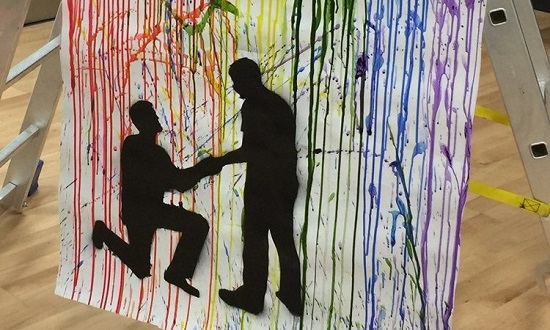 The celebration of creative and cultural representations of LGBT people and experiences is a staple of LGBT History Month and this year is no different.

5 February – 7 March: For film fanatics there are a range of options showing in Glasgow, Edinburgh, and Kirkcaldy. The programme includes Weekend, Grandma, Inside Out, Moonlight, The Imitation Game, The Killing of Sister George, and 20, a documentary on the history of Scotland’s LGBT journey, presented by LGBT Age.

February 9-24: An Lanntair in Stornoway are hosting the first programme of LGBT History Month events to take place on the Western Isles, including film screenings in partnership with SQIFF, a karaoke party, a talk from artist Andrea Ingram, and poetry readings in Gaelic and English by Marcas Mac an Tuairneir, whose poetry addresses gay issues and identities.

February 14-27: For a cultural Valentine’s Day, visit ‘Home is Where the Heart is: LGBT Migrants In Scotland’, a photography exhibition at Hillhead Library which displays the photo diaries of migrants from Central Eastern Europe and the former Soviet Union living in Scotland.

February 16: Rainbow Families, an LGBT health and wellbeing group, will host an evening with Rachel Plummer, one of LGBT History’s Month’s two commissioned artists for 2017, who will read from her work and talk about representations of LGBT families. Rachel is writing a collection of children’s poems exploring gender and sexuality through Scottish myths and legends — including a non-binary Nessie. 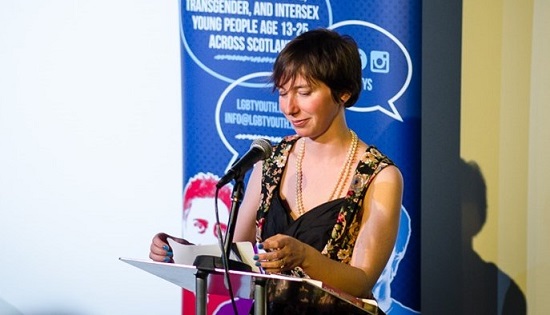 February 17-24: ‘Identity’, an exhibition created by LGBT young people from Dumfries and Galloway, will be launched with a reception at Dumfries Theatre Royal.

February 19: At the Old Kirk in Kirkcaldy, Edinburgh Gay Men’s Chorus will perform as part of an LGBT History Month celebration.

February 21: Big Dog Books in Perth will host an event featuring a short talk on the history of LGBT characters in comics, followed by an evening of board and card games.

February 2, 10, 24: If quizzes are your thing, you won’t be disappointed. History Month quizzes are being held at Blackfriars in Glasgow, The Firefly in Dundee, and Arta in Glasgow.

February 25: A Trans Tea Party will be held in Walker Memorial Hall, Kirkbirnie, organised by the LGBT+ youth group, Open Ayrshire. The event will highlight transgender experiences and life in North Ayrshire as an LGBT+ person.

March 4: After a culture filled February, you can get your skates on at a family-friendly LGBTQI Roller Disco at Glasgow Caledonian’s ARC, hosted by LGBT Health and Wellbeing and The Rainbow Spoon.

Everyone likes to celebrate, and what better occasion than LGBT History Month?

February 3: St Andrews University has a reputation for attracting royalty, and for this year’s RAG (Raising and Giving) week they will play host to the Kings and Queens of drag in their ‘DRag Walk’ competition, hosted by national drag sensation RuJazzle. All proceeds will go to the Scottish Trans Alliance.

February 15: The Inverness College Student Association is hosting an awareness day featuring an installation of LGBTQ+ stories produced by students.

February 16: Dive, Luminate and LGBT Age (LGBT Health and Wellbeing) invite you to a cabaret show performed by 10 older artists at Victoria Bar in the Tron Theatre, Glasgow.

6-28 February: LGBT Youth Scotland’s youth groups, Transgender Youth Glasgow, Beyond Gender and Vada, will be hosting a number of workshops over the course of the month with themes ranging from poetry, to polyamory, to hearing from trans adults about their experiences.

February 24: The last Friday of February is ‘Purple Friday’, when LGBT Youth Scotland is asking people to wear purple and sign a pledge to show their support for LGBT young people.

If you’re in Dundee, visit the City Square where organisations from across the city will be running an interactive activity to mark the end of LGBT History Month, and make a donation to receive a purple ribbon.

Visit lgbthistory.org.uk for more information on the full range of events on offer and book tickets where necessary.