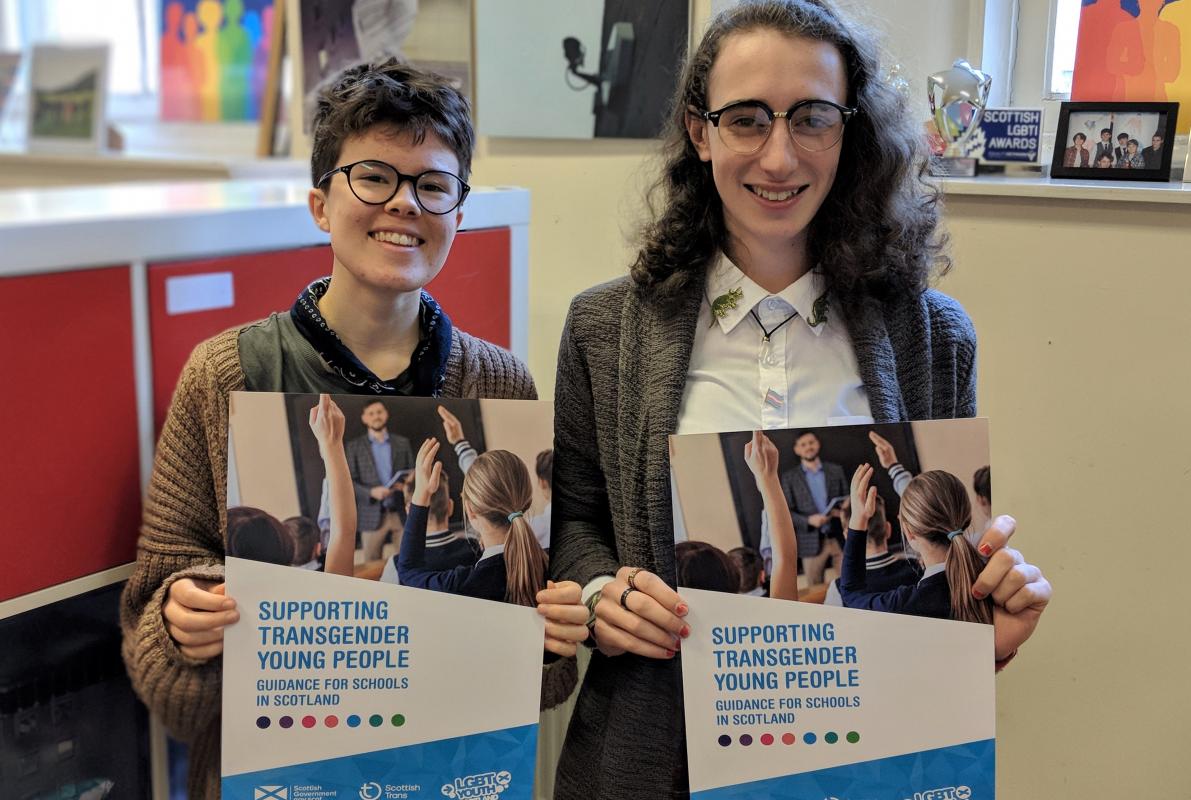 Through national research, consultation and on-going work with young people, the organisations have identified poor experiences in schools linked to bullying or a lack of understanding of the issues facing trans and non-binary young people.

The guidance, funded by the Scottish Government’s Equality Unit, covers a range of issues which may come up for trans young people, including bullying, family relationships, changes of name, gender and pronouns, school uniform, access to changing rooms and toilets, PE and sport, and school trips.

“Having people in the school who understood and were able to support me would’ve changed everything.” Dan, aged 18

Fergus McMillan, Chief Executive of LGBT Youth Scotland said: “I have been struck personally by the extent to which transgender young people have to be their own advocates growing up and coming out as trans at school.

“That’s why we’ve developed this guidance; we want to assist in creating a positive school ethos, where all young people, including trans young people, can benefit from respectful relationships and achieve their full potential.”

Dan, aged 18, who has been involved in the consultation around the new guidance for schools, explained why greater understanding of trans issues in schools is so important: “I had a difficult time at school. I felt alone and scared. Teachers were often insensitive and didn’t know what to do.

“Having people in the school who understood and were able to support me would’ve changed everything; I wouldn’t have had to leave school.” 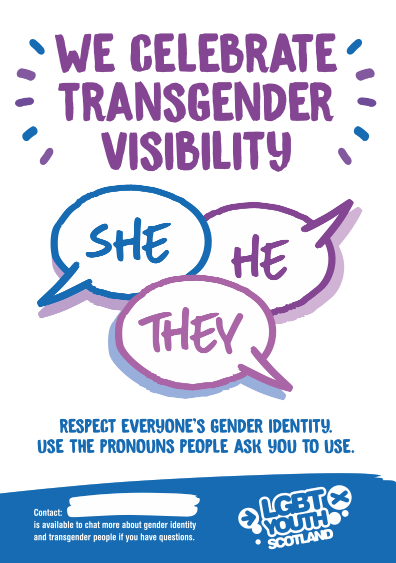 “I didn’t feel safe enough to come out at school and felt like teachers wouldn’t have understood.” Zee, aged 18

Zee, aged 18, said: “I didn’t feel safe or supported enough to come out at school and felt like teachers wouldn’t have understood my problems.

“If this guidance had been around while I was in school, I would have had a much easier and more comfortable time in school. I would have felt able to be myself.”

Emily, aged 19, recalled the positive difference which support from a teacher can have: “I only felt able to come out in school because there was a teacher who openly stated they supported the trans community.

“They helped me through so much and supported my coming out in the school. The rest of the staff were often insensitive and not willing to support me when I needed it. 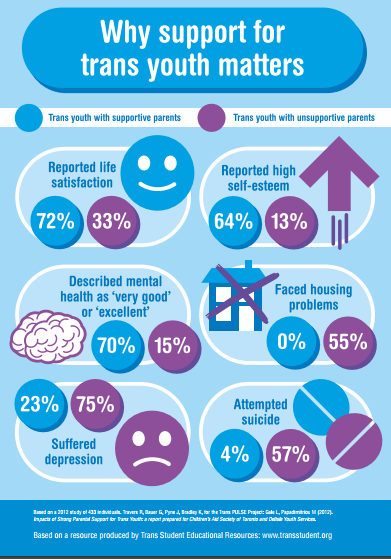 “It would have been a whole lot worse if I had no-one; I consider myself lucky to have had one person I could go to.” Emily, aged 19

“It was a difficult experience even with one teacher understanding, but it would have been a whole lot worse if I had no-one; I consider myself lucky to have had that one person I could go to.”

The resource, ‘Supporting Transgender Young People: Guidance for Schools in Scotland’ aims to address the concerns of both young people and teachers by ensuring teachers are better equipped to create trans-inclusive environments.

The guidance explains that this can begin at an early age and can be used to support not only trans young people but all those who may not conform with gender stereotypes, for example by ensuring play options are gender neutral, not separating the class by gender, and ensuring praise is consistent regardless of gender, as well as by introducing books and resources which include transgender identities.

Alongside the guidance, a lesson plan on ‘Introducing Transgender Identities’ has been released to support teachers to discuss the issues with their classes.

The guidance has so far been endorsed by the Children’s and Young People’s Commissioner for Scotland, 16 local authorities and a number of children and young people’s organisations.