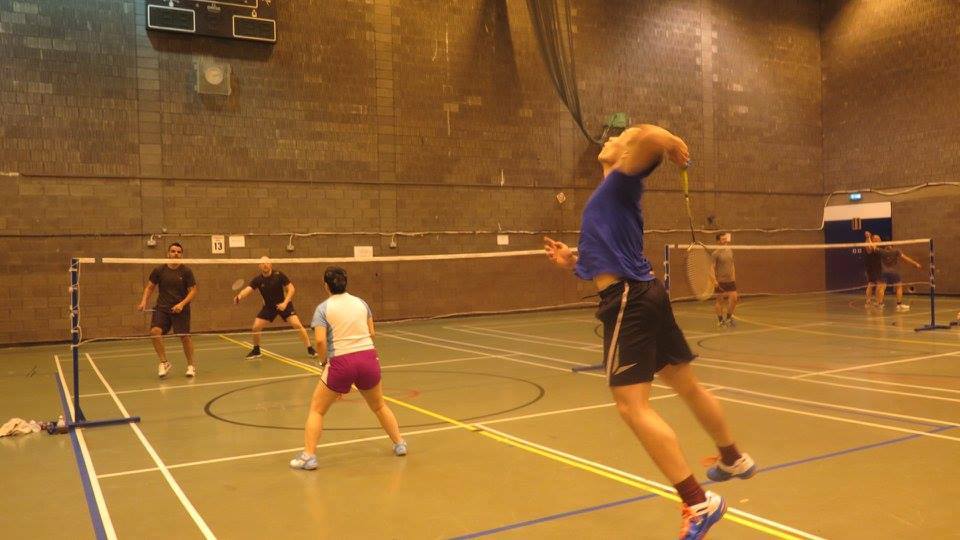 FOLLOWING A DEBATE on ‘tackling homophobia in sport’ in the Scottish Parliament on Tuesday, LGBTI charities have commended the response to the issue and called for continued work to address homophobia, biphobia and transphobia in sport.

The members’ debate was proposed by Scottish Labour MSP Mary Fee, who has been working closely with Equality Network to promote its Scottish LGBT Sports Charter, which asks sports clubs and governing bodies to sign up to five principles to ensure LGB and trans people are included.

CommonSpace spoke to Scott Cuthbertson, Development Manager at Equality Network, and Hugh Torrance, Executive Director of LEAP (Leadership, Equality and Active Participation) Sports Scotland about the issues raised, why it’s important, and what needs to be done next.

The discussion – which was entirely supportive of Fee’s motion – included contributions by SNP, Labour, Green and Conservative MSPs, including Minister for Public Health and Sport, Aileen Campbell.

“To find out that a local club has signed up to the LGBT Sports Charter, for example, might encourage someone to get back into sports.” Scott Cuthbertson, Equality Network

Scott Cuthbertson of Equality Network said of the debate: “It’s always good to see that parliament is interested in these issues because it helps to shine a spotlight on it.

“It has generated a good amount of media interest which then generates interest on social media and gets people talking about it.

“It’s also good to see cross party consensus on this. I think it was Miles Briggs [Conservative MSP] who said that everyone in the parliament would agree homophobia is a bad thing, but not everyone outside the chamber would agree.”

Cuthbertson explained why raising public awareness of the issue is so important: “For LGBT people who have had a bad experience at school or faced barriers to participating in sport in the past, a message of reassurance can help.

“To find out that a local club has signed up to the LGBT Sports Charter, for example, might encourage someone to get back into sports. To support that we need more people talking about it.

“Sports, we know, can increase chances in health, life expectancy, and improve mental health. When we hear that LGBT people have higher rates of mental health issues, we need to look at all the options to make sure those rates are reduced.”

“LGBTI people should not be treated as a homogenous group as experiences for each identity is very different.” Hugh Torrance, LEAP Sports Scotland

Hugh Torrance of LEAP Sports reflected on the debate this week: “It was heartening to hear many of our politicians sharing their positive views on tackling LGBTI based prejudice in sport.

“There were a number of mentions of awareness-raising campaigns in football to bring a spotlight to these issues.

“We would stress that for things to improve there must be a commitment to culture change sitting behind this which covers training, policy, action to tackle LGBTI and gender based prejudices as they emerge, and commitment to developing access for LGBTI people.”

Torrance highlighted the need to look beyond homophobia, to ensure that discrimination and barriers faced by all LGBTI people are addressed.

He said: “We recommend widening this discussion to LGBTI prejudice rather than narrowly focusing on homophobia. LGBTI people should not be treated as a homogenous group as experiences for each identity are very different.

Torrance pointed to the upcoming review of the Gender Recognition Act in the Scottish Parliament as a good way to address some of these issues, as currently there is an opt out for sports clubs in gender affected sports, which may not be necessary or appropriate, particularly for lower levels of competition.

Torrance recommended that this, along with the review of the Sports Council Equality Guidance were areas “where MSPs can engage with these issues and take action to effect change.”

Scott Cuthbertson of Equality Network also highlighted the need to give more attention to issues affecting trans people. “We are way further behind on trans issues than LGB Issues in sports”, he said. “This is why the five principles of the LGBT Sports Charter focuses on trans participants.”

“The rules on trans and intersex people in sports are changing all the time, so it’s something we need to keep on top of”, he added.

Cuthbertson explained that there was a need for sports clubs to rethink gender policies to allow inclusion of trans people. He said: “International Olympic Committee (IOC) guidelines for the top levels of sports don’t need to be applied to local sports clubs.

“We need to make sure we’re getting it right and not excluding people based on rules that don’t need to apply.”

Due to some of these complexities, Cuthbertson said that around 85 per cent of the calls Equality Network receives from clubs or governing bodies about sports are about trans issues.

Both Equality Network and LEAP Sports Scotland were keen to point out good practice in this area. For example, in response to queries, Scottish Athletics introduced a non-binary gender category for races, and Scottish Gymnastics changed its competition-wear policy to allow trans children to wear shorts over leotards to avoid revealing their trans identity.

Hugh Torrance suggested that discriminatory attitudes faced by LGBTI people in sport – be that as participants or spectators – are linked to gender stereotypes.

“So-called masculinity is conflated with sexual orientation and therefore it is assumed that most women football players are lesbian/bi.” Hugh Torrance, LEAP Sports Scotland

He said: “Much of this is based around an interrelationship between gender based prejudice and LGBTI-phobia playing to the archaic messages of women and gay men being less masculine and therefore not as good as the (masculine) men.

“There is a whole narrative where being a girl, being a sissy, being a poof, being less than masculine is still prevalent.”

Torrance said that, while these attitudes exist in different ways and to different degrees in other sports, it is “clearly a big issue in football in particular”.

As it stands, no professional male footballer has come out as gay since Justin Fashanu, who committed suicide in 1998.

Torrance added: “There is the same issue in women’s football but the other way round, where so-called masculinity is conflated with sexual orientation and therefore it is assumed that most women football players are lesbian/bi women.”

This point was touched upon during the parliamentary debate, when Kezia Dugdale MSP said: “as long as we consider that there are girls sports and boys sports, we are actually perpetuating homophobia as well.”

One in five LGBT young people, and one in four trans people, had experienced bullying in changing rooms. (Stonewall Scotland Research)

Another issue Torrance was pleased to see highlighted was the role of education in addressing prejudices and promoting inclusion at the earliest stage.

Torrance said: “Interestingly, the bit that was picked up most on our Twitter was around this point, and you may have noticed a number of the education professionals we engage with tweeting away about this.

“Through our Manifesto for Inclusive Physical Education we will continue to work with schools to support improvements in inclusion of LGBTI young people.”

Rona Mackay, Monica Lennon, and Alison Johnstone MSPs all raised the importance of education in the debate, highlighting the Tie (Time for Inclusive Education) campaign as important in addressing this.

Research by Stonewall Scotland in 2017 found that one in seven LGBT young people said they had experienced bullying in school sport lessons, rising to one in three for trans young people.

One in five LGBT young people, and one in four trans people, had experienced bullying in changing rooms.