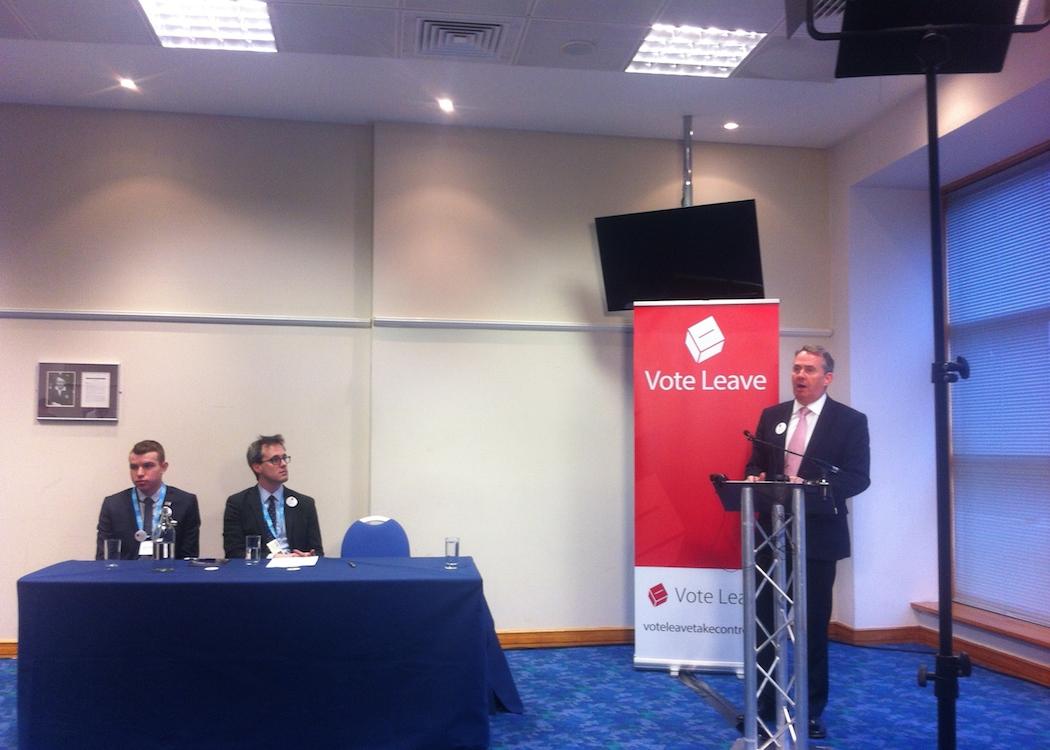 TORY EUROSCEPTIC Liam Fox has warned that the Scottish Government would face a legal tight rope to enforce a binding second referendum on Scottish independence.

Speaking at the launch of the party’s Scottish conference in Edinburgh, Fox said that “the courts would step in” to stop public funding for any plebiscite that failed to gain the appropriate agreements.

The pitch was aimed at easing Tory fears that a vote to leave the European Union would trigger a second referendum, should Scotland be dragged out of the EU against the will of voters.

“There is the constitutional position that a referendum can only be legally called with the agreement of the UK parliament.” Liam Fox

“There is the constitutional position that a referendum can only be legally called with the agreement of the UK parliament,” Fox told delegates.

When pressed by CommonSpace on why he was confident that a legal intervention would block a referendum held by the Scottish Parliament without Westminster’s consent, Fox said he believed it “likely” that such a vote could not be legal based on current laws.

The 2014 referendum on independence took place after the power to hold a referendum was agreed via the ‘Edinburgh Agreement’ through a Section 30 order. A vote taken without the consent of the UK parliament could be open to challenge in the UK supreme court.

Fox added: “I don’t think it will come to that” and expressed concerns that an In vote would leave “the union [UK union] imperilled anyway”.

First Minister Nicola Sturgeon has said that a second referendum on independence is “inevitable” if Scotland is dragged out the EU. However, she later added that such circumstances would not be her preferred timing for a second vote.

Fox received a divided response from Conservative delegates. Several raised fears that an EU exit would threaten the financial services or whisky sectors. Fox said it was “not logical” that leaving a political union damages trading relationships.

He also attacked Prime Minister David Cameron’s EU re-negotiation, which he described as taking a “begging bowl” round Europe.