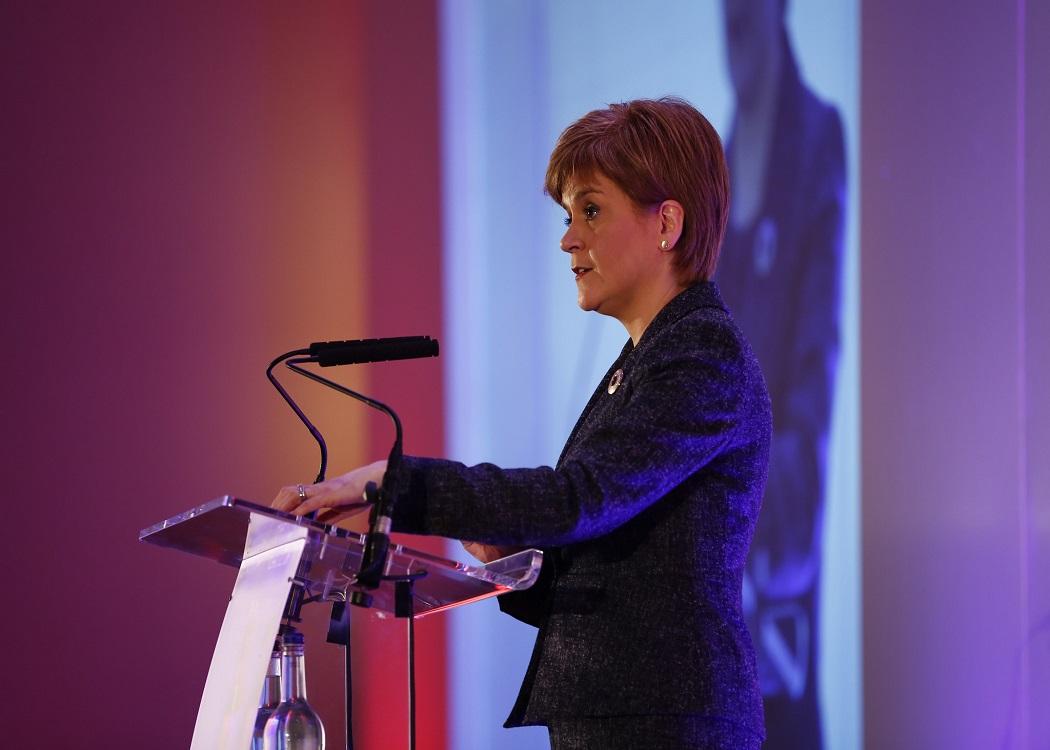 I’M tempted to say we deserve better, but as long as we accept middle of the road managerialism then the harsh reality is we don’t.

With the close of the SNP spring conference at the weekend firing the starting gun on May’s foregone conclusion of an election, Scottish politics has defaulted to talk of a referendum that seemingly neither the government nor official opposition wants to fight in the much discussed but far-out-of-sight indyref 2.

As someone who campaigned intensely for a Yes vote in 2014, I feel a great sense of sadness and dismay at how much of the energy and vibrancy that made the Yes campaign so special, unique and a joy to work in has been managed, curtailed and swallowed up by almighty machinery at the heart of the Scottish National Party.

Scottish politics has defaulted to talk of a referendum that seemingly neither the government nor official opposition wants to fight in the much discussed but far-out-of-sight indyref 2.

Notwithstanding the likes of Woman for Independence and, to a lesser extent, the Radical Independence Campaign, much of the good, painstaking work that brought the debate to the left and enfranchised and excited the hearts and minds of people in communities and workplaces across the country has resulted in not too much real and long lasting change of note.

The 2015 General Election saw an unparalleled result in Scotland that no-one predicted, with the collapse of Labour across the entire country also coupled with a weak, business-as-usual offer from Labour in England and Wales opening the door for David Cameron to return to number 10 as the leader of a Conservative majority.

That majority is hell bent on systemically stripping away the benefits won by working people across decades by rolling back the role of the state and slashing public spending at a level even Mrs Thatcher would find radical, coupled with a threat to remove the country from the European Union as an emboldened and strengthening rightwing led by Farage and Boris attempts to hammer the rights of trade unions and workers further still.

In the face of such an assault, which will only intensify over the next few years, what does the Scottish Government do? The answer, unfortunately, is talk a good game while bending the knee and implementing its austerity further.

With the scope to be bold and radical knowing full well she will return as first minister after May, Nicola Sturgeon is instead even more cautious and managerial than her predecessor.

Nicola Sturgeon commands personal and party support the envy of most governments across Europe, yet with the scope to be bold and radical knowing full well she will return as first minister after May, Nicola is instead even more cautious and managerial than her predecessor.

From the reversal of longstanding SNP policy to scrap the council tax, to standardised testing in schools, centralisation of colleges, an unaccountable authoritarianism at the heart of the justice system, a systemic recruitment crisis in General Practice, the refusal to ban fracking and the slashing of council budgets, the reality of the SNP government falls far short of the rhetoric and this cautious approach now appears to be nesting into the demand for independence.

The summer of conversation to kickstart afresh the vision for independence the first minister speaks of is meaningless without a mandate from the people of Scotland in May to hold such a referendum, and after hearing her insist at the weekend in an interview that the SNP would handle a deficit in an independent Scotland in much the same manner successive Labour and Tory governments have in Westminster I fear for the outlook of a second Yes campaign.

Yes climbed the polls to rest at 45 per cent support not through a strategy of continuity and managerialism but through radicalism and bold direction that had Scots connected with the realities of our political system to a degree which was the envy of the world.

The reality of the SNP government falls far short of the rhetoric and this cautious approach now appears to be nesting into the demand for independence.

In order to win any future referendum, these radical ideas and cast iron policy discussions need to be at the forefront of the argument for a cessation of the British state. Voices of the likes of the Greens, the SSP, Rise, Ric, WFI and LFI are more valuable now than they were in 2014’s referendum.

Now is the time to be bold and forward thinking, because Scotland’s people and our public services cannot afford to wait for anything else in the face of an emboldened Tory majority.

An independence referendum mark two is our leverage, we must take full advantage and ensure it remains at the centre piece of the anti-Tory offensive that Scotland will give us all a mandate to pursue.