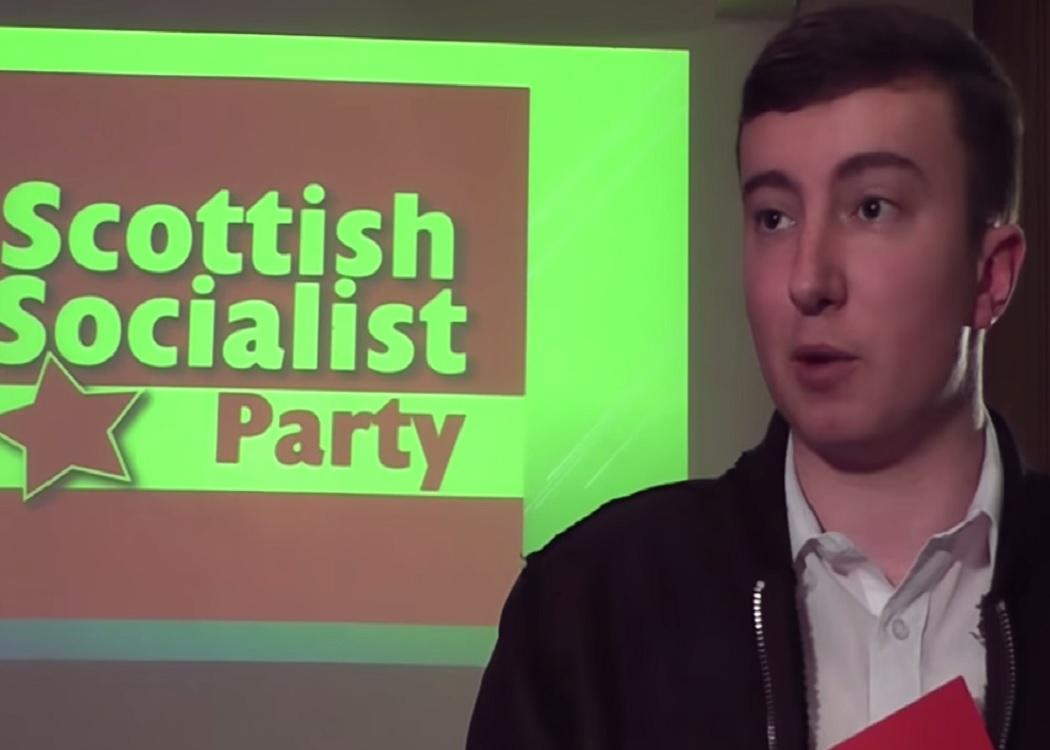 Liam Mclaughlan, who stood for election for the SSP in the 2015 General Election for Glasgow East, says it is vital for the left in Scotland not to repeat the mistakes of the past

THE split of the SSP in the early 2000s is a subject I’ve never written at any length about.

I explain as best I can with my limited knowledge on the subject to friends, family or members of the public when out campaigning who may happen to ask.

Unless I see comrades who I know to be fantastic campaigners and fantastic people committed to building a mass socialist party for the benefit of working class Scots being vilified, that is.

The answer is not to merely turn the clock back to 2003 and pretend the events of the last decade never happened. The most important aspect of history is to prevent the same thing happening again.

The reasoning behind me never actively discussing this issue is partly two-fold. The first being that I, like a large proportion of current SSP activists across Scotland, wasn’t involved in the party throughout that time, and was merely a kid.

The second being a desire for the party, the wider left and most importantly the country to move forward to the tasks ahead of us.

It is, however, after reading Mark Scott’s piece on CommonSpace yesterday that I felt I had to write a short response. I must stress here that I write in a personal, not a party capacity.

What seems obvious to me throughout Mark’s piece is both his deep regret at the lack of socialist voices within Holyrood, and a deep desire for those voices to be back in the parliament when it reconvenes for a new session this time next year – a desire and sadness that I and many others across the country also feel deeply.

The answer, however, is not to merely turn the clock back to 2003 and pretend the events of the last decade never happened. The most important aspect of history is to, with hindsight, prevent the same thing happening again.

I appreciate and acknowledge Mark’s highlighting of the fact he watches from afar, however I used to, like Mark, draw the same conclusions. I, too, longed for a re-unification of the SSP and Tommy Sheridan.

I actually tweeted something to that effect in early 2012. Subsequent to this, Alan McCombes offered to send me a copy of his book with greater detail on the subject of the SSP split, Downfall, a must-read for anyone interested in more information on this subject and for anyone wishing to be involved in the Scottish Left.

The first step to any form of reconciliation begins with admitting your mistakes, something Tommy hasn’t done to this day and shows no signs of ever doing.

After reading Alan’s book, two weeks later I joined the Scottish Socialist Party. I’ve since met, campaigned alongside and have the pleasure of describing as comrades the people Tommy Sheridan labelled as scabs in the front page of the Daily Record.

I’ve spent nearly three years now alongside those people and others working to rebuild the party he pledged to and thankfully failed to destroy.

There’s no personal vendetta from me, I’ve only ever met Tommy once personally, but the first step to any form of reconciliation begins with admitting your mistakes, something Tommy hasn’t done to this day and shows no signs of ever doing.

In his piece Mark rightly highlights the substantial mark the SSP made and continues to make in Scottish politics. From the abolition of warrant sales bill brought forward by Tommy himself, to the free school meals proposal pioneered by Frances Curran and the free prescriptions bill written by Colin Fox to name a few.

It’s for these reasons among others, including our efforts since 1998 and highlighted most recently in last year’s referendum as we fought for our unwavering commitment to the establishment of an independent Socialist Scotland and a modern democratic republic, that I’m proud to be an SSP member.

Mark is also right to mention the effect that having no socialist voice in Holyrood for seven years has had on the politics of Scotland and the people the SSP was established to fight for.

Although contrary to popular belief, Easterhouse, Maryhill and areas like it are often nothing like he describes and within them are often the best examples of both tenacious community spirit and neighbourly solidarity.

It’s the temporary halt to this party record, however, that shows better than any piece of writing that I or others could pen on this subject which is the true tragedy of Tommy’s behaviour.

I often wonder where the party and the country would be if the events of the defamation case onwards never occurred, and the effect of the six MSPs – or by that time possibly even more socialist MSPs in the parliament – during the independence referendum and in high profile campaign roles in particular.

A romantic reunification of the SSP and Tommy wouldn’t solve the problems of the left in Scotland. Hard work in communities and building alternatives to austerity politics at both Holyrood and Westminster will.

You cannot, however, change the past. What you can do is examine that past, learn the mistakes, and pledge not to repeat them. In that regard I urge CommonSpace readers to acquire a copy of Alan’s book which is available online or in most bookstores. (Although I’d urge readers to avoid Amazon where possible, as they don’t pay any tax).

As for the SSP? Afore mentioned attempts to destroy the party failed miserably. We now have 30 branches across Scotland, reaching from the Highlands to the Borders and everywhere in between.

We have a new layer of young activists with fresh ideas, bursting with enthusiasm and experience having come through the campaign of a lifetime in 2014’s referendum on Independence.

And in the true spirit of the party, we continue to build progressive alliances, seeking to instigate the broadest possible left challenge at next year’s Holyrood election. All to put forward ideas that would transform the lives of working class Scots like those in my home patch of Easterhouse, Maryhill or many others like it.

A romantic reunification of the SSP and Tommy Sheridan wouldn’t solve the problems of the left in Scotland. Hard work in communities, building alternatives to and resisting the effects of austerity politics at both Holyrood and Westminster will.

If you’re ready for the struggle ahead, access to this party remains open to all.