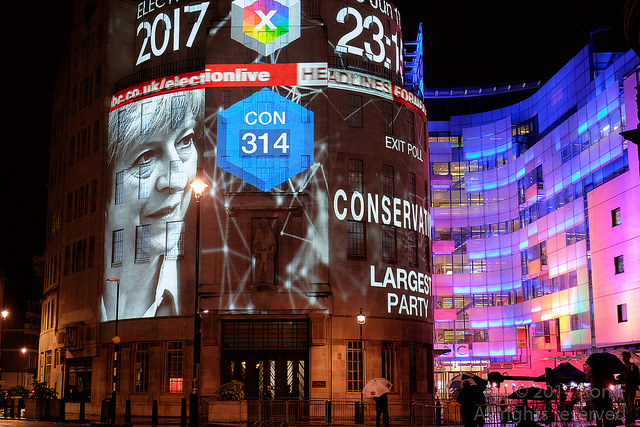 Writer Liam Muir urges Labour in Scotland to realise its enemy is the Conservative party, not the SNP

TO VOTE Conservative in Scotland in 2017 after everything that party has done to this country is utterly illogical.

The mass unemployment and the Poll Tax of the 1980s, the unravelling of social services today as well as involvement in international conflict are the reasons why.

I understand that people have busy lives and do not always have the time to do the research into their political parties and their history, but there comes a point in time where neglect of those at the bottom of society cannot be excused.

There are obvious problems with the political system in Britain but the election is one of the few places where democracy still exists in the modern age. The neoliberal elites have done their best to remove any semblance of democracy from the average workplace but at the ballot box we still have the collective ability to influence society.

If you voted Conservative because you think they are doing a good job of governing then you have seriously fallen for the propaganda hook, line and sinker. You owe it to those having their benefits cut for being deemed fit for work despite illness, using foodbanks, begging on the street or even just struggling to make ends meet due to a lack of job prospects, to look beyond the mainstream media’s narrative.

Learn about what the Conservative party is and what its objectives are in reality. Theresa May, Boris Johnson, Michael Gove and any other Conservative politician represent merely the tip of the iceberg.

The real power, the real influence comes from their donors; the shareholders of multibillion pound financial conglomerates, arms dealers and fossil fuel companies. The super-rich.

This is why living standards are falling and why social services are being sold off to the highest bidder. First the railways, then the Post Office, next the NHS. This is how the Tories look out for their donors’ interests. They give them as much investment opportunity as possible to ensure they get the biggest capital return from their investment.

What this means in Brexit terms is a low wage economy with low corporation tax – unless, of course, the Conservative party has an attack of conscience and decides to evenly distribute investment to tackle poverty and inequality while investing in industry and education, but that is not very likely.

If you voted Conservative in Scotland to stop independence you have become an advocate of what you profess to have such deep routed scepticism of Nationalism. British Nationalism to be more specific.

To vote Conservative for the sole purpose of keeping Britain together, even if that Britain is the neoliberal conservative Britain, is to put nationality front and centre of your entire ethos. If the only way of saving Britain is voting Tory, is it really worth saving?

For many people in 2017 Britain, poverty is the daily grind of life. Recently it came to light that Britain is the only country in the developed world with economic growth and falling wages.

It would be convenient to blame this on the EU but it would not be accurate. The EU Commission officially complained to Westminster that its tax policy was too regressive. The bottom 10 per cent of earners in Britain pay a higher percentage of tax, relative to income, than the top 10 per cent earners.

Even Labour’s corporation tax proposals were still among the lowest in Europe. Here, again, we see the actions of a party representing super-rich shareholders. Voting Conservative will be taken as an assumption that you support their foreign policy.

In a campaign where Corbyn was heavily criticised for talking to the IRA decades ago while the Tories are selling arms to Saudi Arabia as we speak, one only has to consider what these weapons are being used for and how Yemen has been turned into a humanitarian disaster to allow for serious reconsideration of a Tory vote.

I consider this activity to be much naughtier than ruining a farmer’s wheat crop. Incidentally, that is not the most infuriating thing May has done to Farmers. Brexit means Brexit after all…

This happens to be another reason why voting Conservative was a mistake. The only way they can now accuse the SNP of not having a mandate for an independence referendum despite the vote for a referendum in the Scottish Parliament and a majority of pro-independence MPs in Westminster, is to undermine Holyrood as an institution.

Apparently, opinion polls are now more legitimate than a democratically elected government, according to the Tories.

Perhaps if Labour MPs and MSPs did not advise people to vote Tory in Scotland to prevent a referendum, the SNP may have won enough seats to prevent a Conservative/DUP government.

Tactically, it would have benefited Labour to accept that the SNP is the main anti-austerity party in Scotland and not campaigned with the intention of a resurgence in Scotland and splitting the anti-tory vote.

Democracy has always been an inconvenience to the neoliberal, free market, capitalist class, and now a large chunk of the next five years of Conservative rule will be dedicated to extinguishing the enthusiasm for Scottish independence. A process of de-democratisation is a tactic May’s backbenchers are all too familiar with.

Is it a complete misunderstanding of the social, political and economic climate? Or is it just an ‘I don’t care’?

I am not sure which is worse, but the movement to expose the Conservative party for what it is, whether you wear a red rosette or a yellow one, must continue if we are to help those whose struggles are about to get much harder.