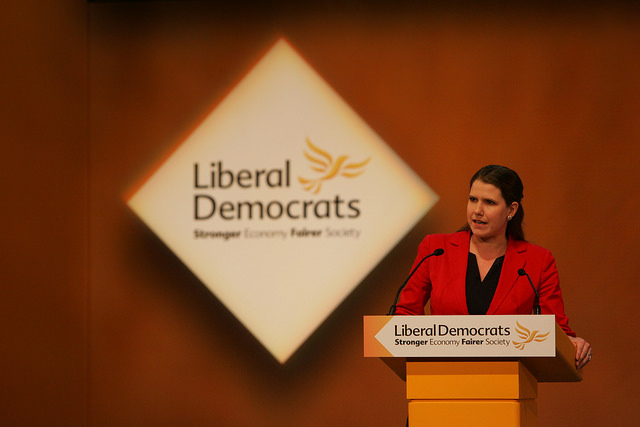 JO SWINSON, deputy leader of the Liberal Democrats and MP for Dunbartonshire East, is currently being investigated by police regarding her electoral expenses during June’s snap General Election.

The Liberal Democrats have confirmed to press that Police Scotland received a complaint and begun an investigation. The BBC reported that the initial complaint is thought to have been reported by one of Swinson’s constituents last week.

The Electoral Commission places strict limits on the amount any candidate can spend on their campaign during elections. Swinson’s official declaration of electoral expenses was £210 below the legal limit, but only due to the fact that £2,700 worth of campaign leaflets and other political material paid for by the Liberal Democrats subsequently went undelivered. Therefore, this spending did not technically count towards the total.

“We have full confidence that there is no substance to this complaint.” Liberal Democrat spokesperson

A further £4,040 worth of electoral expenses was registered as “national” spending, meaning that these funds were apparently used for promoting the Liberal Democrats as a party on a national scale, rather than being used for Swinson’s constituency campaign specifically.

The SNP was earlier quoted as saying voters would find it “hard to believe that so much cash could be spent on leaflets that just vanished”, and that “it was an election, not an illusion show.”

Commenting on the investigation, a spokesperson for the Liberal Democrats said: “All expenditure in this election was apportioned correctly and clearly identified in our election return which is a matter of public record.

“As in Edinburgh Western, we have full confidence that there is no substance to this complaint.”

In 2016, Police Scotland also investigated Liberal Democrat MSP for Edinburgh Western Alex Cole-Hamilton regarding his campaign’s expenses during that year’s Scottish parliamentary election. The Crown Office subsequently confirmed that Cole-Hamilton would not be prosecuted.