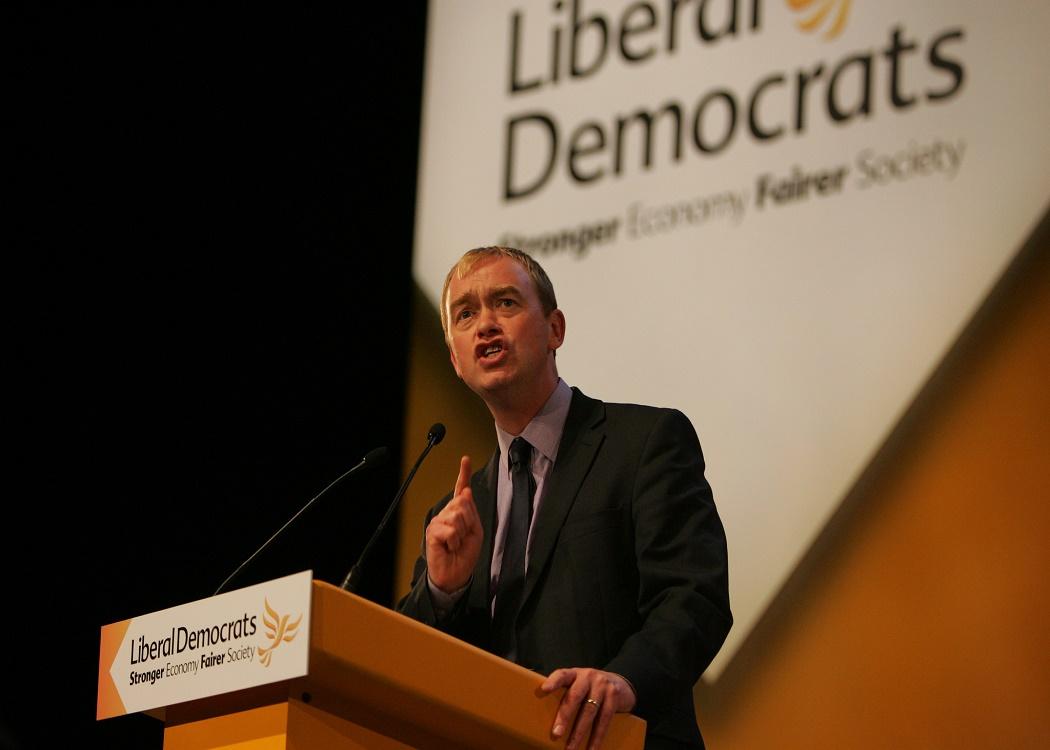 LIBERAL DEMOCRATS Leader Tim Farron has sent a message to both Scotland’s first minister, Nicola Sturgeon, and the SNP that “it is time to take the chip off your shoulder” and “focus on the things that matter for Scotland”.

In a speech that ended the Scottish Liberal Democrat spring conference in Edinburgh, the MP for Westmorland and Lonsdale took a pop at the Scottish Government record over the last five years.

Farron said: “Look at the health service. To govern is to choose. Moreover, Nicola Sturgeon and her colleagues chose to let her health budget slip. The effects have been devastating.

“Dozens of children have been forced to wait more than a year to receive specialist mental health care. A&E waiting time targets have been missed and missed again.

“Meanwhile, more and more has been wasted on sticking plaster solutions and so-called action plans that has not given our doctors and nurses the support they need.”

“And despite the first minister telling us that education is her priority, her SNP government pushed through PS500m of cuts that will hammer local education budgets next year.

“You cannot just wrap yourself in the flag and hope no one notices that you have failed the Scottish people.”

On the EU membership referendum, set to take place on 23 June, Farron stepped up his attack on the Out camp, saying: “They are only one lurid blazer away from John Redwood’s fantasy cabinet.”

“On Europe, David Cameron returned from the European Council and stood at the dispatch box this week like an emperor breathlessly proclaiming his new clothes. Tory HQ tells us they are fine clothes. The Tory backbenchers and the Tory press say they are terrible clothes. Liberal Democrats say: ‘What clothes?’

“The renegotiation is all well and good, and we very much want reform. But Dave’s deal is about appealing to careerist Tory MPs, who were selected by Europhobic party members, to persuade them to vote to remain.”

Farron added: “But the thing is, so far as the Leave side is concerned, they are the sensible wing, because I turned on my telly the other day to see Nigel Farage and George Galloway sharing a platform, sharing a joke, sharing prejudices and telling us that we should turn our backs on Europe.”

“You cannot just wrap yourself in the flag and hope no one notices that you have failed the Scottish people.” Tim Farron

During his speech on Friday, Scottish Liberal Democrat leader Willie Rennie also took aim at the SNP, claiming the party and the Scottish Conservatives were “two peas in a pod” .

The SNP won 56 out of Scotland’s 59 constituencies at last year’s General Election, leaving the Tories, Liberal Democrats and Labour with only one MP each in Scotland.

However, the sole Lib Dem MP, Alistair Carmichael, has been engulfed in controversy since his election after it emerged that he authorised the leaking of a memo to the press which falsely claimed that Nicola Sturgeon would prefer a Conservative government.

Constituents in Carmichael’s Orkney and Shetland constituency raised more than PS200,000 through crowd funding to take him to court to contest the legitimacy of his election in a rare case, but the court ultimately ruled in Carmichael’s favour .