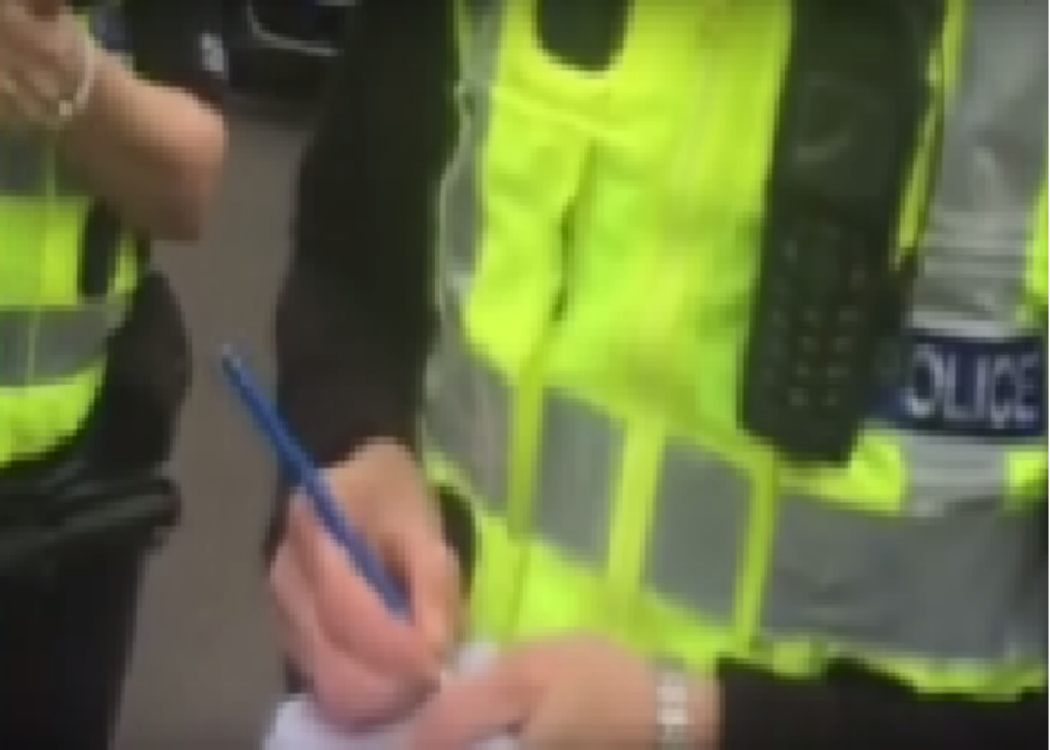 The video was taken on Sunday 4 October in a car park outside New Douglas Park in Hamilton, where Celtic where playing an away mach versus Hamilton Academical.

It shows several police officers confronting a group of teenagers, with one officer holding a furled banner. The boys are repeatedly asked about the banner and what they are doing. They are never told under what law the alleged confiscation is taking place.

“That’s political protest and the police shouldn’t be interfering with people’s freedom to make their views known on a politically controversial issue.”

The intervention by Liberty comes amid a growing controversy over the Offenssive Behaviour Act, which many football fans say is poorly conceived and threatens fan culture and democratic rights.

On Monday 5 October members of Fans Against Criminalisation (FAC) issued a petition with 9000 signatures to the Scottish Parliaments petitions committee calling for the act to be repealed.

The act, which advocates claim is necessary to counter sectarianism, prohibits the singing of songs and other forms of expression which could be deemed offensive, during football matches.

It comes after news that Police Scotland have begun an investigation into allegations by a member of the public that an officer lied in court in relation to a case of enforcement of the OBA.

Paul Quigley of FAC, told CommonSpace: “The video in question is a clear example of how relations between the police and fans have broken down. The statement made by Police Scotland prior to its release claiming that they did not confiscate any banners amplifies this.

“The OBAF Act has created a culture of policing whereby fans are to be seen as a threat and to be automatically treated as such, especially younger fans.

“Given the SNP’s rhetoric regarding civil liberties, they surely cannot allow this to continue. We call on them to repeal this act to begin the process of clearing up the mess which has been created.”

A spokesperson for Police Scotland told CommonSpace: “Police Scotland did not confiscate any banners at the Hamilton V Celtic match on Sunday 4 October 2015. As with all large events, the match was policed appropriately to ensure a safe and secure environment for spectators.”

The Scottish Government declined to comment on the matter.