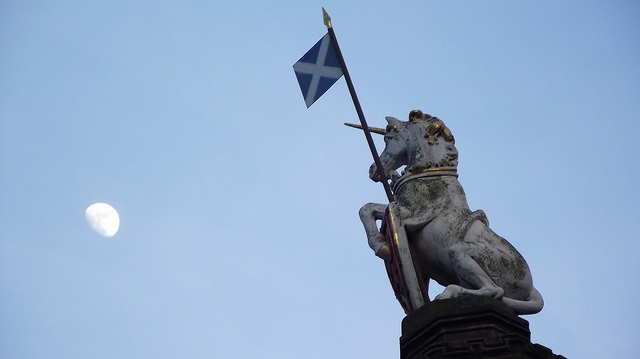 OVER the coming week (18 –22 July) CommonSpace will publish one of the last major political testimonies of a giant of Scotland’s national movement, former SNP leader Gordon Wilson.

In today’s instalment (21 July) Wilson talks about the rise of Scottish identity and the decline of Scottish Labour.

Wallace McNeish: I remember Kinnock losing that [1992] election, I remember going down to George Square because of Scotland United. A day or two after that election there was a real Scottish reaction against the Tories yet again winning the general election and yet again Scotland having rejected them with Labour being unable to stop them – was that a real turning point?

Gordon Wilson: Strathclyde Water played a part as well – Yes, the Labour Party membership became restless and the leadership were frustrated so they had to go for something which was the Scottish Constitutional Convention where the SNP was invited to take part. And it was probably the wrong delegation, there was myself, Margaret Ewing and Jim Sillars who are pretty hard liners, and we took the right strategic decision which was not to become involved. But as John Swinney pointed out to me it was the wrong political decision. I think Alex Salmond took that view too. In other words, we should have played along with it and then repelled it at some future time. Tactically that would have been better.

“The membership was horrified that we had turned down the prospect of a Scottish Parliament.” Gordon Wilson

But of course we didn’t take the decision alone, we took it back to the Executive – where at one point there was a group set up who I think included Ian Lawson, Jim Fairlie, Alex Salmond and others who withdrew into another room, and we went on with the rest of the meeting, while they concocted a composite resolution that we’d go to the National Council where it went through with a rather huge majority. The membership was horrified that we had turned down the prospect of a Scottish Parliament and I think it was John Swinney and Mike Russell looking at the bad publicity who came up with a letter for me to sign explaining why we had taken the decision. We were being asked to accept the result for the Constitutional Convention, which had to be Devolution because of the make-up of it. The voting had been rigged by Labour – and we also had to pledge that we would campaign for it. So we were caught between one huge filed correspondence of anger and the next huge file where people were saying you were right after all.

GW: Well I think the first and important thing was the creation of the Scottish Parliament. That didn’t do the SNP very much good if you remember and Labour got the credit for setting things up. And the Lib-Lab coalition as was intended kept us out. And then again in the next election. And it’s a matter of chance almost that we won the third one. But there was an improvement and it was enough to take us over. The middle one that John Swinney had to preside over was where the party misread the attitude of the people, and that was the one that produced the Greens and the Scottish Socialists because it was a vote against the authorities, against the establishment and the SNP was classed with the establishment. And I think the first manifestation was 2007 when we just scraped through and that’s because one of the MSP candidates in the Highlands requested a recount which gave us that seat and if he had not done that we would not have won.

“The Labour Party was devastated in 2015 and it is going to take time for them to recover. Apart from anything their power base has been hit.”

But if you look at the upsurge during the Referendum and so on, it’s actually pretty evident in 2011 where we won first past the post which we had not done before. In the meantime, we had done badly in the General Election where we were not winning first past the post.

But of course, the Tories were in the past very strong in Scotland – it happened to the Liberals dare I say before my time, but they were very powerful in Scotland and then were completely gubbed’ and disappeared. The Tories had never recovered from when they lost every seat. The Labour Party was devastated in 2015 and it is going to take time for them to recover. Apart from anything their power base has been hit. And one of the things that hit their power base was when they brought in proportional representation for local governments.

But you know they must have lost 200 researchers, assistants who were the main stay of the local organisations and were being paid. As to what happened, quite miraculous after the Referendum, I remember running into trouble with the SNP leadership and saying the problem about this referendum is there is no identity politics because they were against that, because it raised visions of ethnic division. I knew it was against the whole concept of civil nationalism except of course you can have a progressive civil identity politics but they didn’t like that. But of course, that’s what we ended up with – 45 per cent were Scottish, 55 per cent were British!

WMcN: When we think about the Independence Referendum campaign as it was run – was there was a real question about identity, or lack of it? Is that one of the areas that you think should be strengthened if we do it again in 10 years time or 5 years time?

“One of the calls I made last year was to tell the SNP members to shut up about Indy Ref 2 because all they were doing was aggravating the 55 per cent.”

GW: No, not necessarily, but without that kind of identity cleavage you are not going to win unless the 55 per cent now choose to be Scottish. You don’t necessarily have to progress that area because it can be quite a delicate operation or a very crude one – the danger is you might tend towards crudity. It has to be a natural phenomenon which you build up over the years of changing things. And one of the calls I made last year was to tell the SNP members to shut up about Indy Ref 2 because all they were doing was aggravating the 55 per cent when you wanted to win over some of them. You need time to lay down a campaign and after the Referendum was over, I intended to start a campaign to that effect. And it may be that if the SNP won’t do it, then of course, it may have to be the wider Yes vote that does it.