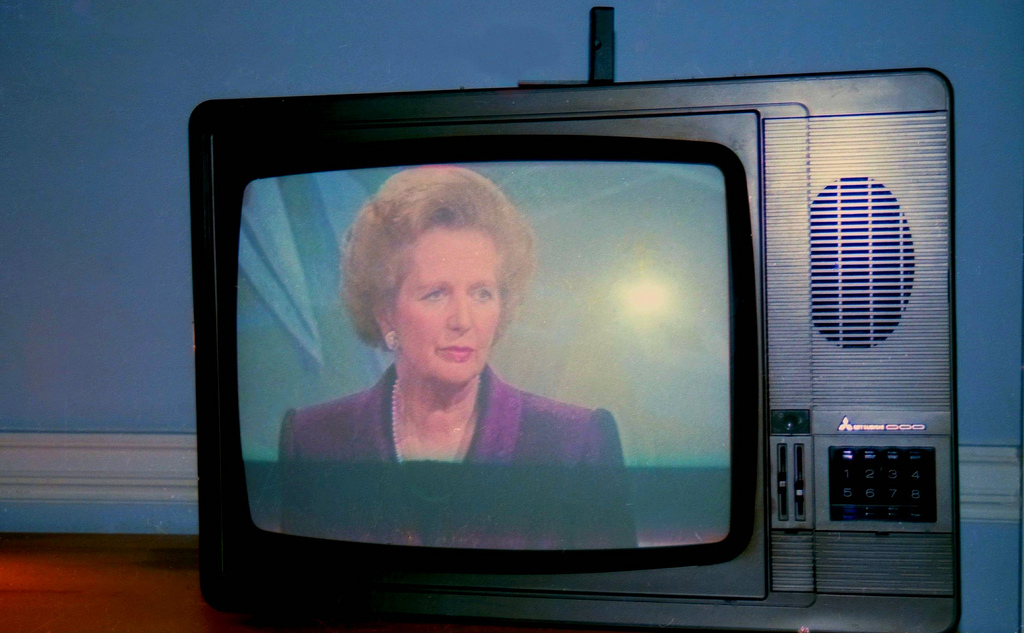 OVER the coming week (18 –22 July) CommonSpace will publish one of the last major political testimonies of a giant of Scotland’s national movement, former SNP leader Gordon Wilson.

In today’s instalment (20 July) Wilson looks at the early 80s, a painful time for the party marked by the rise of Thatcherism and the polarisation of the SNP into warring factions

The turmoil of the 1980s and the SNP’s  factional struggles

Wallace McNeish: You’ve got the Thatcher government coming in – so what happens to the SNP during the 1980s – what are the key events and key issues?

Gordon Wilson: The fact is that for the next three years was a civil war. The Party reacted against the devolution thing, and it had already started doing that even before then. At the conference after the defeat – there was what you might call a landslide of ‘independeesters’ – in other words people who were completely against devolution for various reasons. One is they had never believed in it.

Two, that they were angry that we had been taken in by it. Three that it was an experiment that failed. Four, it had brought down the party support- and I remember when Douglas Henderson who was elected Senior Vice Chairman – just leant across to me and said it’s gone too far’.

“You had the development of factionalism. The 79 Group was the best known. But almost as strong in many ways was Siol-nan-Gaidheal which was crypto-fascist.” Gordon WIlson

In other words, the gradualists and the left had been pushed out of power. It’s always a dangerous thing – especially in a party as multi-faceted as the SNP – you need balances – quite complex balances at times. At any rate, there was also, not just a feeling of desperation and defeatism following upon the serious political consequences – because the feeling was that they’d won the majority in the referendum but had been denied – there was a disbelief in democracy and the party didn’t know what to do, and therefore as you can imagine, different views emerged. And you had the development of factionalism. The 79 Group was the best known. But almost as strong in many ways was Siol-nan-Gaidheal which was crypto-fascist, and its memberships were largely found in the housing schemes.

The 79 group by and large were middle class lefties -very intelligent people of course, and they had a case. But they took the wrong step of organising factions and being very nasty about their opponents, and also tried to manipulate and target support amongst branches by manipulation. And it was Neil McCormack who is one of the most liberal and tolerant of people, actually who moved a resolution in 81 to have groups abolished at the National Council. And he failed because the 79 Group and the Left and Siol-nan-Gaidheal coalesced to block the change. At which point of course the Party had lost a lot of membership through the defeat – in other words, as I’ve said before, success is the main cement of unity. Also, people had given up, they were tired, they had been working on this for anything up to 10 years or more. They had families to consider, jobs to look at, but the inter-branch struggles also meant that a lot of people couldn’t stand the pressures, or the nastiness and said ‘I’m leaving’. So, you then had a complete diminution of membership.

“Because the civil war was being carried on – and I remember – I think it was the 1980 and 1981 conferences which were poisonous.” Gordon Wilson

GW: Also, internal branch warfare. And then in the constituencies. You know because the civil war was being carried on – and I remember – I think it was the 1980 and 1981 conferences which were poisonous – and Edith and I would go through speaking to people and some people wouldn’t speak to us. And they were friends. It had gone that far. But of course, as these things went on there was another factor that people didn’t realise was holding the SNP back, apart from the SNP itself – the most effective weapon of holding the SNP back was another party, and that was the Social Democratic Party. It was siphoning off a lot of the dissatisfaction, taking away the moderate Labour vote that we might have got, taking it away from the Tories too. I mean, effectively there was only room for one fourth Party if I could put it that way, and we were the fourth.

The nearest example I can think of about the SNP and what happened to it, was that we moved from the Premier League rather like Rangers going down to League Four – we crashed and had all the same managerial problems and funding problems. But having said all that it looked as though things were stabilising and there was a Paisley conference which I think Jim Sillars in 1980 or 81 had launched the militancy thing and it went – there was a resolution moved by Andrew Welsh at the next conference where the party turned its back on it but it failed anyway.

“I took a decision that in fact it would not go on and that led to my speech to the conference.”

WMcN: It was very difficult during the 1980s?

GW: Well the first 3 years or 4 years were hell – but the run up, you know I’ve information of course what was happening inside the 79 Group, and the 79 Group was splitting – and it was splitting because there was a group who wanted to do deals with Sinn Fein. And there were others who wouldn’t touch that with a Protestant barge pole! Not that they were particularly religious but they could see if you put yourself out on that kind of extreme limb it would snap off.

So they [independeestas] were going to push it – and I went down for breakfast with Edith in the morning and alongside me was Angus Lyon, who was a parliamentary research worker, who now denies completely he said it. He said ‘this can’t go on’ and ‘snap’ I took a decision that in fact it would not go on and that led to my speech to the conference – well received until, I think the press officer had seen the insert which I handed him. They were very loyal, I never had any problems but I knew their political world were more to the left than the centre, but they were loyal to the Party and to the job. And then when it came there was a walk out which of course enhanced the position.

“I always take it as a credit as a lawyer that at the same time it did not go to the courts, which it could have done very easily.”

But there was a fight inside the agenda committee to get it through. I put my leadership at stake. By that time, I was so fed up that it would have come as a relief if I had to give up. And that wasn’t the worst of it, because the resolution to ban groups went through but there were manoeuvrings after that to wriggle out of it – for example there was a formation of the Scottish Socialist Society. And then the Executive took decisions and they declared that to be a group which was banned by the conference. And that went through, and you know I think week after week there were hearings with the Council. But I always take it as a credit as a lawyer that at the same time it did not go to the courts, which it could have done very easily. And that just went on with very nasty National Councils and it was quite horrendous. I think to be honest some of the people in the other groups were feeling the strain as well.