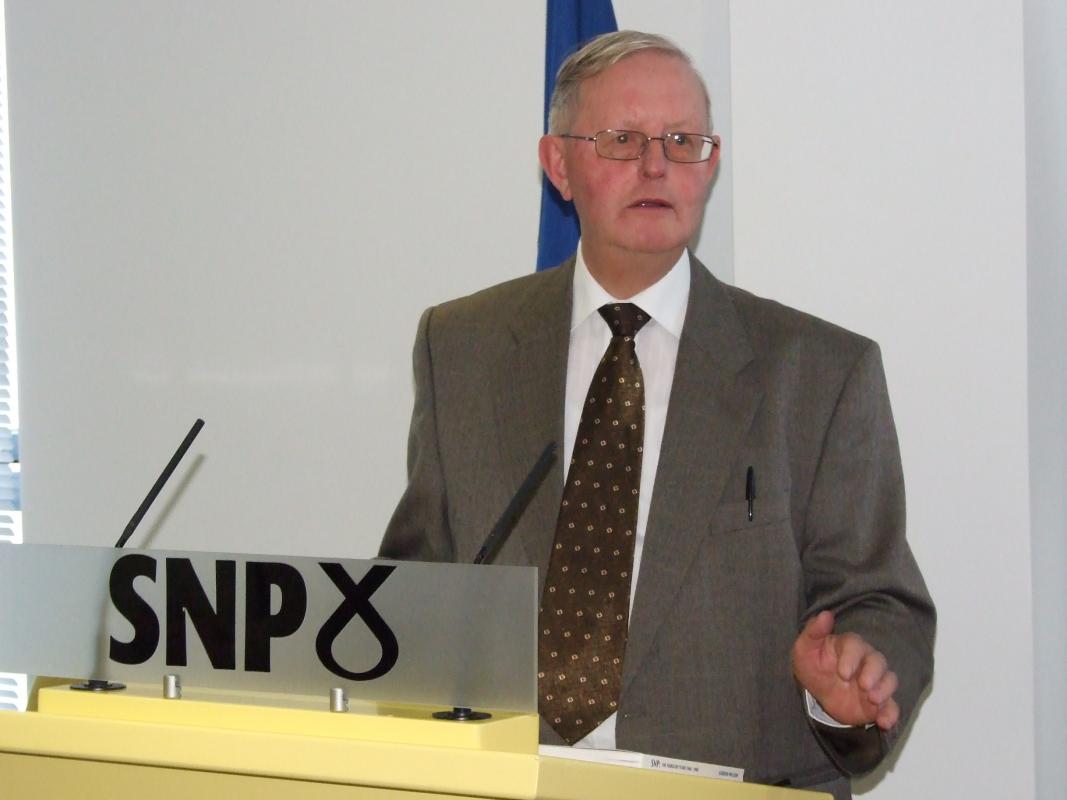 COMMONSPACE is set to publish one of the last major political testimonies of a giant of Scotland’s national movement, former SNP leader Gordon Wilson.

The lengthy and provocative interview touched on a vast range of subjects, from Wilson’s time as a student activist resisting British militarism, through his pioneering work on a pro-independence radio station and through his 11 years as SNP leader between 1979-90, during which time he had to contend with warring leftwing and rightwing factions in the party.

CommonSpace will serialise the interview in five parts over the coming week (18 – 23 July).

In the polemical, humorous and sometimes surprising interview, Wilson discussed:

Rioting against Britain’s invasion of Egypt: “What happened, was in 1956 Britain invaded the Suez Canal along with France and Israel, and the Nationalist Club objected to that on nationalist grounds.

“We were linked with all colonial peoples, and there were quite a number of African and Asian students even in those days in Edinburgh. And the University was split down the middle, the medics and Tories and rugby club all got together on one side, and I was ‘scragged’ in the middle of a quadrangle and only saved by the combined strength of the boxing and judo clubs.”

The leftwing and rightwing factions in the SNP: “…there was also, not just a feeling of desperation and defeatism following upon the serious political consequences – because the feeling was that they’d won the majority in the Referendum but had been denied – there was a disbelief in democracy and the Party didn’t know what to do, and therefore as you can imagine, different views emerged. And you had the development of factionalism.

“The 79 Group was the best known. But almost as strong in many ways was Siol-nan-Gaidheal which was crypto-fascist, and its memberships were largely found in the housing schemes. The 79 Group by and large were middle class lefties – very intelligent people of course, and they had a case.”

Chances of victory in 2014 referendum: “I was one of the few who did not at all play to the illusions that we could win. Indeed, I thought it was a wonderful result. But I never thought we would win because the gap was too great and I knew from experience the ferocity of the counter attack, the establishment.”

The possible need for an independence body autonomous of the SNP: “…as far as any research unit is concerned it would either be done by the SNP which will dictate it and the problem is – can it do it properly? Because it is a party of government, can it then be counter-cultural at the same time?”

Read more – Part 1 of the interview series, focusing on Gordon Wilsons youthful radicalism and the relationship between politics and culture