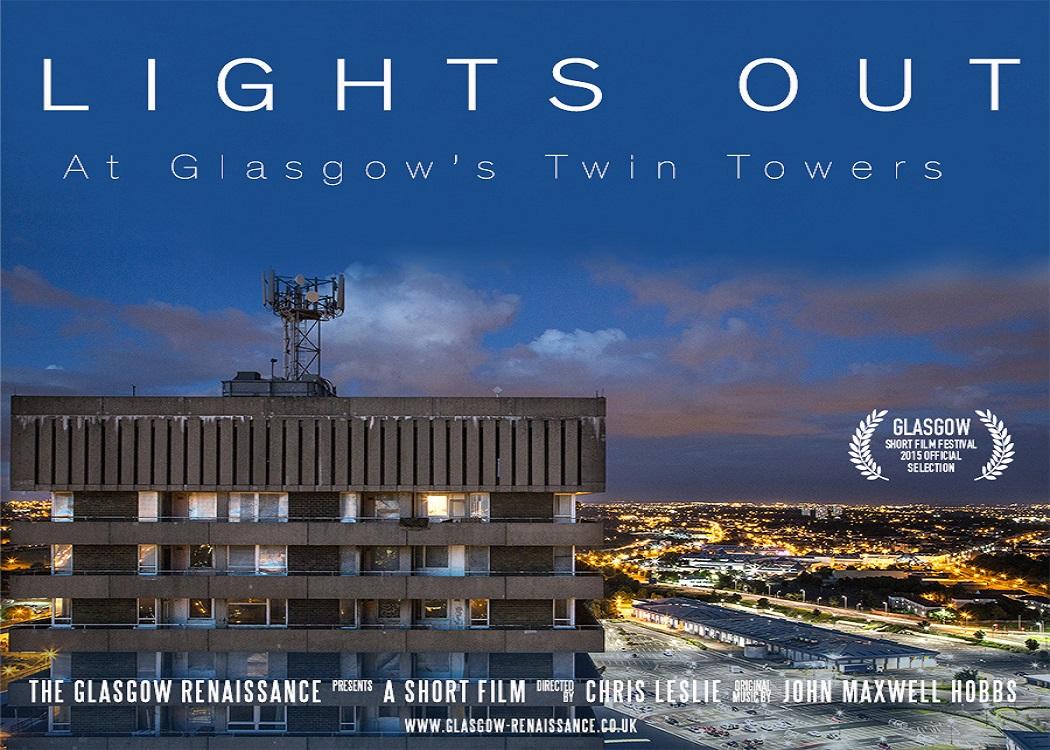 A SHORT film documenting the disappearing Whitevale and Bluevale flats – also known as the ‘Calmachie twin towers’ and the ‘Gallowgate twins’ – amid a demolition project in the city pulling down iconic high-rise buildings has been released by Glaswegian film maker Chris Leslie.

The latest mini-film is part of a bigger project by Bafta new talent award-winner Leslie, the Glasgow Renaissance (click here for the website), charting the “condemned and disappearing housing schemes of the city”. Leslie has been producing film and photography on the subject since 2007.

On the latest film about the ‘twin towers’ in Glasgow’s east end, Leslie explained: “Lights Out is a short film that comprises of four years of documentation, time-lapse recordings, audio interviews and archive of the first and last residents of the Twin Towers in Glasgow prior to their demolition. Former and current residents give their views on what went wrong for the flats, and question if there is an alternative to demolition.

“When the Whitevale and Bluevale flats were built in 1969 they were seen as the utopian answer to the city’s housing crisis. Forty-five years later they are a dystopian nightmare after years of crime and neglect. As of the end of May 2015 only one block remains standing.

“Loved by many architects and photographers for their unique, bold and powerful brutalist structure, but loathed by surrounding residents and Glasgow City Council as being terrifying bleak, depressing and out of date. In 2011, after years of mismanagement and poor maintenance, the flats were rendered unfit for human habitation and it was announced they were to be demolished.

“Twenty-five per cent of Glasgow’s high rise flats have been demolished since 2006.”

The 10-minute film was photographed, directed and edited by Leslie, with a soundtrack from John Maxwell Hobbs, and can be streamed on Vimeo. Click here for the documentary.

And click here for more information on the Glasgow Renaissance, and to view more short films from the project, which features the Red Road Flats and Sighthill among others.