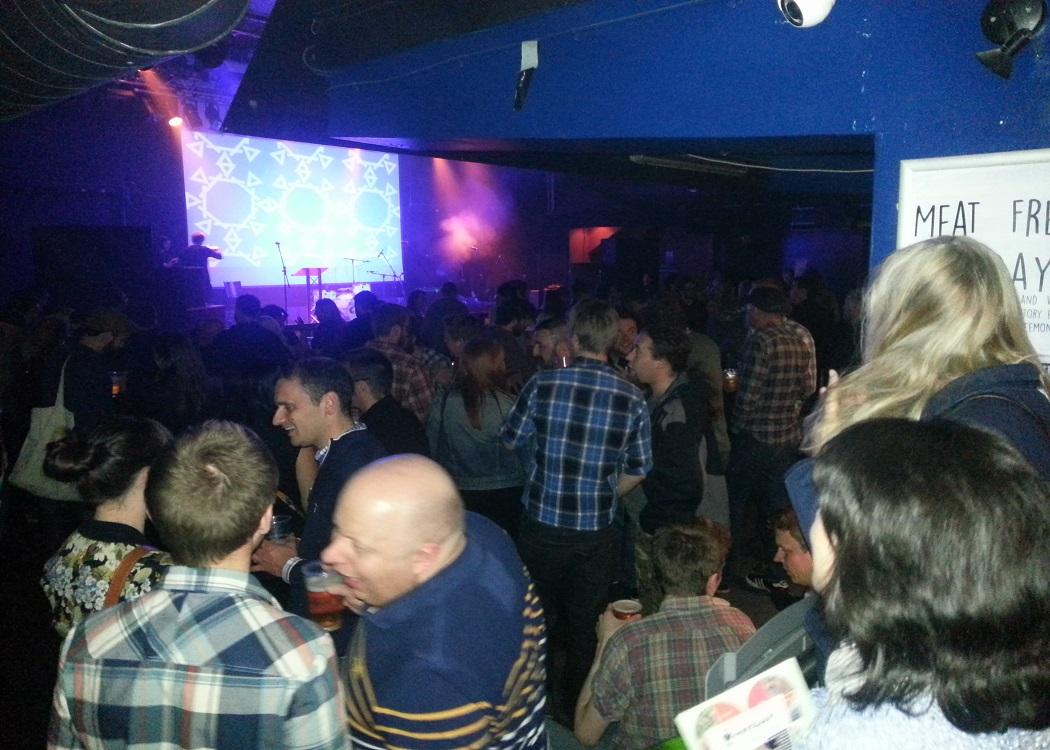 Common Weal North Glasgow member Lindsay Conn was one of the organisers of CommonFest, and says the event was an unprecedented success which underlined the strength of Scotland’s new political scene

IF there was ever a case for a fear of missing out, it’s being 400 miles from home while your friends and family engage in the most exciting, vibrant and defining summer of their lives. So, if you had told me a year ago I’d have just played co-host to a sold-out gig combining politics and culture in a post-indyref Scotland, I’d have laughed in your face.

I moved back to Glasgow, unexpectedly, three days before the referendum. It was a totally different city to the one I’d left three years before.

Intoxicated by the buzz I had stepped into and desperate to revel in the fading moments of what had been a momentous few months in Scotland, I got involved with Common Weal North Glasgow, a new local group, which became one of over 50 groups across the country, all striving for a better society, starting in their own community.

CommonFest was a natural step in bringing together a community for a night, to revive and nurture some of that camaraderie that had never really gone away.

When the idea for what became CommonFest (click here to read more) was first touted during the second meeting of Common Weal North Glasgow, in a room with 89 other people, all still riding that heady wave, I don’t think any of us would have dared to expect we could have pulled off a sold-out gig with Elaine C. Smith, RM Hubbert and Alan Bissett. But last Friday night at the QMU, that’s exactly what happened.

Any gig is made special by the sense that the audience are coming together with each other to create something bigger, that they are united by a shared love of music or desire to laugh; we wanted to go further, with the artists underpinning a set of shared values.

CommonFest was a natural step in bringing together a community for a night, to revive and nurture some of that camaraderie that had never really gone away. Crucially, close to the election, it was also to remind people that we don’t need to look to politicians to solve our problems and that we – as Elaine C. Smith put it – need to “step up and don’t leave it to other people; we are the change”.

It is as much testament to the passion of the acts as of the audience that the connection between the two was the fundamental factor in igniting that feeling. From the roars of laughter for Alan Bissett’s rendition from The Pure, the Dead and the Brilliant, to the deferential (and for our crowd, uncharacteristic) silence punctuated by bursts of noisy agreement for Elaine C. Smith, the interaction between performers and audience was what created the buzz in the room.

By far the biggest response of the night was for Scottish rapper Loki, who took to the stage and had the guts to challenge the familiar discourse.

For all that accord, however, by far the biggest response of the night was for Scottish rapper Loki, who took to the stage and had the guts to challenge the familiar discourse.

Speaking about class, his experience of challenging his own views on independence, and the place of art (and what we call art) within politics, here was a man, who as @nearit put it, “made disagreement possible again in a room that sorely needed it”.

Heckled by a couple of members of the front row, Loki came out of the stage door straight into a group of people who wanted to thank him, who wanted to argue with him, but who generally were just up for carrying on the conversation.

For me, that summed up the whole point of putting on the gig. We wanted to entertain, to inspire, to galvanise. But what is the point of any of these things, without, first and foremost, making people think? There is nothing to be achieved in coming together and merely celebrating our ideals if we don’t get worked up and talk about them, pick holes in them, think critically.

This is bigger than the referendum. It’s easy to stay in that place, but the picture has moved on.

Without that, CommonFest would have run the risk of being insular, self-referential and little more than a reminder of last autumn. My hope is that a lot of people went away and reflected on what was said. This is bigger than the referendum. It’s easy to stay in that place, but the picture has moved on.

But the very fact that an event like CommonFest could sell out the QMU shows that the hunger, the appetite for a better country, is still very much alive. I’ll give the last word to my favourite tweet about the night, summing it more succinctly than I ever could, from @TiresiasGreen, who proclaimed that the room was filled with “more optimism than I’ve seen in a LONG time for the left”.

The fact is that it never went away, we just needed to give it a bit of a shake.