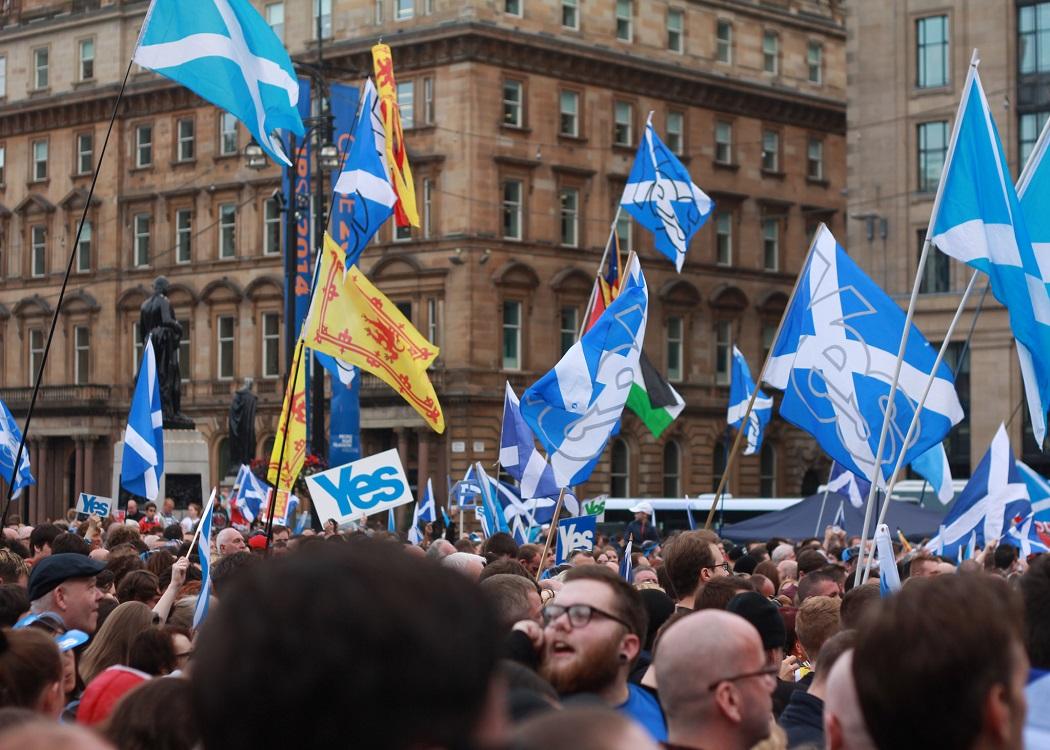 CAPTURING youth attention and more importantly their vote, has been a long-standing topic of debate in politics.

Since both voting and abstention are habit-forming, the importance of seizing the political attention of voters when they are young cannot be understated. Exactly how the SNP mobilised the younger generation should, therefore, be of interest and value to every democratic state.

Often bemoaned as politically disengaged and apathetic, the turnout for young voters was expected to remain low at the Scottish independence referendum despite 16 and 17 year olds being enfranchised for the first time.

The young voter turnout in the UK rose from 44% in 2010 to 58% in 2015, and though official figures haven’t been published, it is thought that the higher political activity among youths in Scotland distorted the figures.

Yet it was these young voters that led the charge for their chosen side with 69 per cent of 16-34 year-olds voting in the referendum – a remarkable 20 per cent rise from the turnout of 18-34 year olds who voted in the 2010 General Election.

Many assumed this was an anomaly and considered lasting change merely wishful thinking. However, such skeptics were effectively silenced following the 2015 UK General Election when Scotland recorded the highest turnout in the UK at 71.1 per cent, a considerable rise from 63.8 percent in 2010.

The young voter turnout in the whole of the UK rose from 44 per cent in 2010 to 58 per cent in 2015, and though official figures haven’t been published, it is thought that the higher political activity among youths in Scotland vastly distorted the figures.

Political Education for Students claims that if Scotland was removed from the 2015 General Election statistics, the figures for both the overall and young voter turnout would decrease.

The resulting landslide saw the Scottish National Party (SNP) win 56 out of the 59 available seats for Scotland in Westminster. Young Scots (the majority of whom voted yes in the referendum) did not appear disillusioned with politics following their loss, but rather converted their engagement in the referendum into sustained political interest.

I would argue that the explanation is twofold – a result of the newfound sense of political power young voters felt in the referendum, and of the tactical campaigning and candidate demographic exercised by the SNP.

‘Should Scotland be an independent country?’ was one of the most important and daunting questions Scotland has asked itself since the new millennium. Such a profound question appeared to transcend daily politics, and gave young voters a sense of empowerment they had rarely been trusted with before.

Enfranchising 16 and 17 year olds delivered a strong message of faith in the maturity and political value of young adults, which they did not fail to recognise and respond to.

Enfranchising 16 and 17 year olds delivered a strong message of faith in the maturity and political value of young adults, which they did not fail to recognise and respond to. Though the majority of young voters supported the ‘yes’ campaign, the vote was not about nationalistic idealism – it was about what people believed offered them the best future.

For the first time among young voters, politics was no longer a taboo subject. For the SNP, the ace card played in the General Election was harnessing this feeling and fostering it.

Its ‘youth manifesto’ established a commitment to supporting young people into employment, education, or training and pledging to extend the right to vote to 16 and 17 year olds.

The demographic of the SNP’s candidates also reflected the party’s commitment to young people. One of eight new SNP MPs are under 30, while Mhairi Black is the youngest MP for over two centuries at just 20 years old. First-time voters suddenly didn’t feel so distanced from politicians, especially when they were often closer in age than their parents.

One possible legacy from the referendum is the permanent enfranchisement of 16 and 17-year-olds in future general elections. The referendum disproved the once-popular opinion that those below 18 are neither mature enough to know what they really want nor trustworthy enough to bother using their vote.

However, despite such significant progress caution must be exercised. Complacency is dangerous; change will not last or develop unless politicians actively work to keep young voters interested.

The rise in youth engagement in Scotland is indeed remarkable, but young voters still offer the lowest turnout in every election, including the referendum.

Significantly, where 16 and 17 year olds presented a 75 percent turnout in the referendum, the turnout for 18-35 year-olds was only 69 percent. This highlights the importance of seizing the interest of young people long before they reach General Election enfranchisement age; failing to do so leads them to feel unappreciated and to fall into the habit of abstention.

Scotland has proven young people genuinely want to contribute to politics, but only when they are taken seriously. Policies must appeal to them.

Change may be developing, but breaking the habits of unenthused young voters whose first political experience was not the referendum will prove much more challenging.

Participation in other elections such as the EU or local elections is likely to remain low since young voters still perceive their value to be vague and less tangible.

There are a number of lessons that can be learned from the referendum in Scotland. The most critical of these is that political apathy among young people is not simply a given.

Scotland has proven young people genuinely want to contribute to politics, but only when they are taken seriously. Policies must appeal to them in order to engage them and the SNP’s focus on improving future prospects for young adults was crucial to their success.

Tides are turning in Scotland. The SNP appears to have discovered the antidote to apathy among young voters.