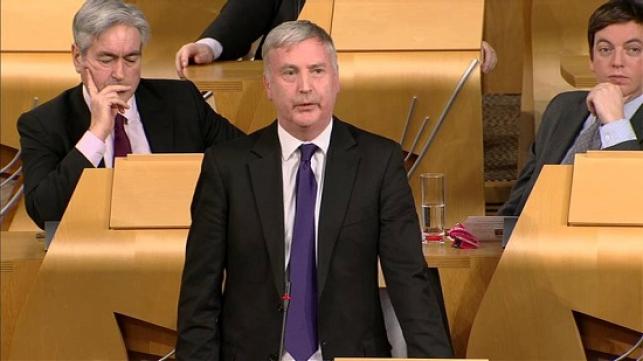 ON THURSDAY (15th March), the Scottish Parliament will hear the final stage of James Kelly’s private member’s bill to repeal the Offensive Behaviour at Football Act.

Significantly, if the bill passes it will be the first time that Scottish Government legislation has been defeated since the Scottish Parliament has been created in 1999.

The legislation was introduced in 2012 after a period of tension in Scottish football which notably saw Celtic manager Neil Lennon, late QC Paul McBride and MSP Trish Godman targeted with explosive devices.

Critics of the law say it was rushed through parliament, is ineffective and unfairly criminalises football fans. Supporters of it say it is necessary in order to tackle sectarianism in Scotland.

A fringe meeting on the topic at the Scottish Labour conference was chaired by former leader of Scottish Labour, Johann Lamont, and featured panellists including Jeanette Findlay from Fans Against Criminalisation – the grassroots campaign group which has lobbied politicians to repeal the legislation since it was introduced – Scottish Labour justice spokesperson Daniel Johnson MSP and Eireann McAuley.

In our conference podcast we caught up with Kelly, Findlay and Johnson to find out more about why they oppose the Offensive Behaviour at Football Act, and what they think should replace it.

Read more of our coverage of the campaign to repeal the Offensive Behaviour at Football Act: