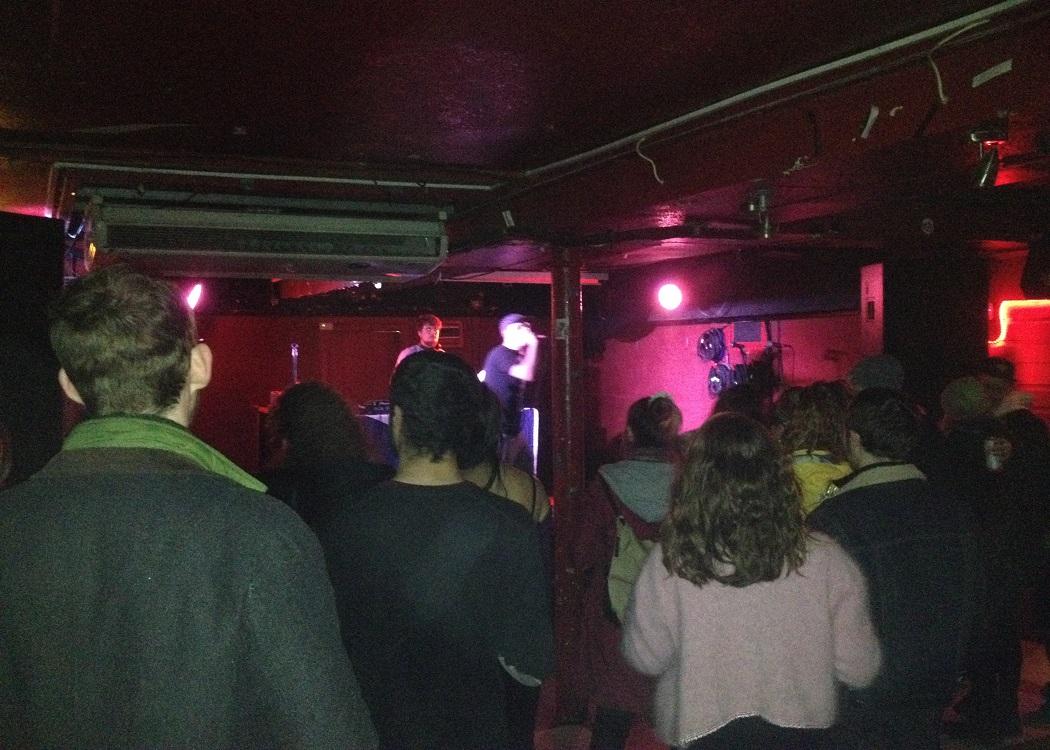 FEBRUARY is a traditionally quiet month in the Scottish musical calendar, but resident live music junkie Jonathan Rimmer still found a few gems. Here are his picks for gigs of the month.

Considering they’ve supported the likes of Ride, it’d be easy to assume that Tuff Love are yet another product of Glasgow’s noisy shoegaze scene. For starters, the duo’s honeyed vocals certainly aren’t a million miles away from Bilinda Butcher’s during My Bloody Valentine’s ‘Loveless’ era.

Within minutes of launching their album ‘Resort’ – also a fundraiser for Glasgow Women’s Aid organised by women’s collective TYCI – it becomes clear that they’re not quite as intense as that.

Breezy harmonies and jangly guitar progressions characterise their laidback sound, even if it’s presented in a grungier production style.

Tracks never simply sail by with no course or direction; there’s always a gear change, whether it’s a delicate guitar lick or a stunning display of counterpoint in the vocals.

In particular, ‘Duke’ and ‘What’s It All About’ hint that the band can write songs that are punchy enough to bother the mainstream. They might not be knocking on Jo Whiley’s door just yet, but there’s a celebratory feel to proceedings nonetheless.
We’re even issued Poundstretcher party poppers on the way in and encouraged to detonate them when instructed (which the crowd do, but quite pathetically).

The band’s mischievous attempts to initiate a ‘wall of death’ moshpit in the crowd feel similarly harmless. But then, Tuff Love possess a sound that doesn’t really invoke you to do anything. This is music to simply sit back and watch the world go by to, but that’s not to say that Tuff Love aren’t darned good at it.

As JR Green take to the stage in the auditorium of the highly-regarded Tolbooth, it’s hard to shake off the sense that they’re out of place. With the venue’s ‘attic’ currently out of commission, the young brothers’ set of energising toe-tappers is performed to a small crowd in a dimly lit room – a jazz bar atmosphere more than anything.

Regardless, there’s a palpable hunger to the Highland duo as they launch into their limited catalogue of tunes. Their guitar-and-accordion set-up makes for a sound that’s literally like nothing else in Scotland right now.

Despite their instrumentation, lead vocalist Rory Green recalls gritty indie vocalists like The Strokes’ Julian Casablancas first and foremost. This shouldn’t come as a surprise – in fact, it’s the distinct attitude to the way they play their instruments and murmur their lyrics that reminds you of their age.

While they’re more adventurous than your average teuchter pub band, their songs still follow traditional templates. Tracks like ‘The Hunger’, ‘Nigerian Princess’ and ‘Tiger Lily’ aren’t that structurally radical, resolving with a belted refrain and a typical foot stomp.

Still, for two performers, they attempt a lot. I can’t help but thinking that a drummer would anchor their sound a little more and give them more scope to experiment rhythmically.

Considering the limitations of the environment, JR Green demonstrate a maturity and professionalism that belies their collective age. They get full marks for originality, but they’d probably get a better reception at a pub gig packed to the rafters.

I recently wrote an article for Bella Caledonia that served as an “invitation to engage” with the Scottish hip hop scene. Judging by the turnout for this free Sleazy’s showcase, more and more people are doing exactly that.

The night’s line-up is notable in that it brings together emcees from slightly different periods in the genre’s short history. Though there are no Mistah Bohzes or Steg Gs on show, it’s easy to hear the difference between the more experienced performers and the new wave.

Ciaran Mac is one of the new brood being widely tipped to shine this year and for good reason. Casually navigating his way through complex multisyllabic structures over a multitude of instrumental styles, he’s arguably the most natural performer on the bill in spite of his age.

Also representing the up-and-comers, we see Shogun tackling J Cole’s ‘A Tale of Two Citiez’ beat, bravely mixing up flows and rhyming patterns with the confidence of a veteran.

Similarly, when Kid Robotik leads a cypher on behalf of Subfriction Records, the obvious trap and grime influence is the most distinctive thing about it. Even devotees to more boom bap flavours appear to have moved with the times.

Since I last watched a live set by old-school rhymer GBh, his palette of production styles has increased dramatically.

Elsewhere, Milla may well be the most improved rapper in Scotland. His grasp of narrative has always been strong, particularly when he vividly describes growing up in a Dumbarton scheme, but he now has the observational wit and performance skills to grip in a non-hip-hop crowd.

Grabbing the attention of a neutral observer hasn’t always been the scene’s strong suit, although Bigg Taj does entice an audience with his advanced beatboxing skills – his ability to simultaneously sing and beat out ‘Seven Nation Army’, especially, feels robotic.

His rapping partner Spee Six Nine seems almost sentimental at points, particularly as calls echo around the room for an encore of some sorts. Scottish hip hop acts are used to playing to empty rooms but maybe that’s starting to change.