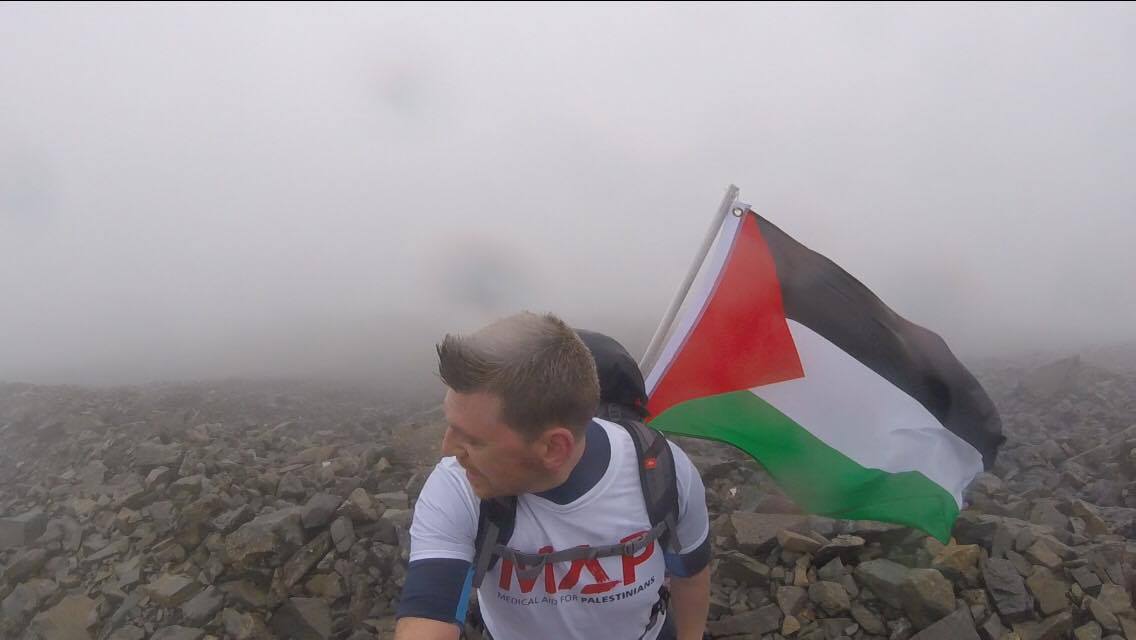 ON 17 June 2017, Douglas Gilgallon from Glasgow and member of the group SNP Friends of Palestine, climbed to the top of Ben Nevis with the Palestinian flag flying from a pole attatched to his backpack.

This act of solidarity was to raise money for the charity MAP (Medical Aid for Palestinians). The next day when he posted his achievement on social media, it was shared over 4,000 times and his video at the summit was seen by 223,000 people. His endeavour compelled hundreds of people from around the world to contact him to thank him for showing their flag the honour it deserved, and for being a beacon of good at a time when many around the world are living in fear.

His climb even reached the attention of the the prime minister of Palestine, who sent a personal letter of thanks to Douglas along with an Invitation to visit Palestine and meet with him in his office.

You can donate to Douglas’s Climb Ben Nevis page to raise money for Medical Aid for Palestinians because Healthcare in Palestine is a humanitarian crisis.

You can watch the chat with Douglas from 1pm.