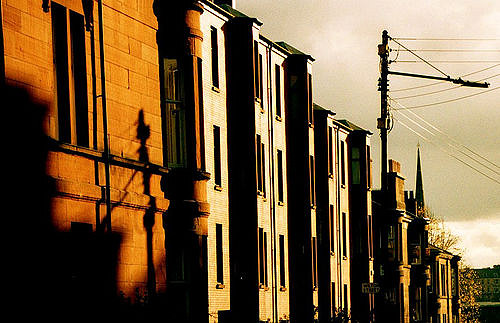 Campaigners suggest that strategy to deal with homelessness lacks effectiveness

THE Living Rent campaign, Scotland's tenant union, has said more effort into tackling privately-rented housing is needed in a bid to tackle homelessness in Scotland.

Following a report released by Shelter Scotland this week, which expressed concerns about funding cuts to local government resulting in a rise in homelessness, the campaign said the focus should instead be on the role private landlords play in the housing market.

Speaking to CommonSpace, Jon Black of the Living Rent campaign said: "The report talks about ‘harnessing the resources of the private rented sector’, but appears to ignore the fact that a large and increasing proportion of homeless applications are from former private tenants.

"We believe that local authorities need to be empowered to stop picking up the tab for private landlords who evict people or price them out of renting.

"We agree that affordable housing supply is key to tackling homelessness, but the definition of 'affordable' is 80 per cent of the market rent. 80 per cent of expensive is still expensive." Jon Black

"No-one should be forced into homelessness by unjust evictions and rent increases. We agree that affordable housing supply is key to tackling homelessness, but the definition of 'affordable' is 80 per cent of the market rent. Eighty per cent of expensive is still expensive.

"We believe that truly affordable housing is needed – and local authorities need to be given the money to build it."

"No-one should be forced into homelessness by unjust evictions and rent increases." Jon Black

In its report, Shelter Scotland called on the Scottish Government and COSLA, to find new ways of funding and protecting homelessness services after its study showed some local councils were concerned, that the standard of accommodation used for housing homeless people could deteriorate due to lack of repairs and maintenance caused by budget constraints.

The report, ‘Funding Homeless Services in Scotland’, also found there was "little evidence" of recent investment in the quality of accommodation for homeless people.

The report warned that UK Government changes to the way temporary accommodation is funded being linked to the Local Housing Allowance from next year would mean a significant reduction in the money local authorities receive from central government, which could mean their ability to pay for temporary accommodation, mainly in the private rented sector, will be constrained.

The research showed how local authorities are concerned that further funding cuts will also impact their ability to maintain personalised homelessness services.

According to the Scottish Government’s 'Operation of the Homeless Persons Legislation in Scotland’ for 2015-2016, 34,662 homeless applications were made.

The number of homeless applications has been going down, however this is due to the renewed preventative approach adopted by local authorities in the form of housing options, rather than a change in the underlying drivers of homelessness.

10,555 households were recorded as being in temporary accommodation in Scotland during the same period with 2,785 or 26 per cent of these were in bed and breakfast hotels and hostels.

"We believe that local authorities need to be empowered to stop picking up the tab for private landlords who evict people or price them out of renting." Jon Black

Shelter Scotland said the report showed that while many local authorities have done what they can to protect the funding of homelessness services, the fact they are now paid from councils’ General Fund means they aren’t protected from future swingeing cuts.

Graeme Brown, director of Shelter Scotland, said: "The provision of accommodation and homelessness services together provide a vital safety net that helps people in crisis. But if services are cut, more homeless people will fall through that safety net.

"If nothing changes then something has to give. Our fear is that, due to underfunding, the quality of accommodation for homeless people and the services they receive will deteriorate, in effect, failing some of the most vulnerable people in our society at the very time they most need help."

"Politicians also need to develop a new national homelessness strategy for Scotland to bring a joined up approach to tackle this issue head-on and focus on the root causes of homelessness." Graeme Brown

Brown added: “Homelessness can happen to anyone. It’s unthinkable that we now face a situation where much of the progress made in Scotland over the last decade to combat the human tragedy of homelessness could be undone.

"We can’t let that happen. A way must be found to stop the cuts and maintain and build our homelessness services.

"The Scottish Government and COSLA need to find a new funding model that recognises and supports the full cost of providing good quality temporary accommodation and delivering world-class homelessness services.

"Councils must be supported so they can continue with their frontline person-centred services – not just their statutory duties. It’s vital that we find some practical and creative ways of tackling this very worrying situation.

"Politicians also need to develop a new national homelessness strategy for Scotland to bring a joined up approach to tackle this issue head-on and focus on the root causes of homelessness."