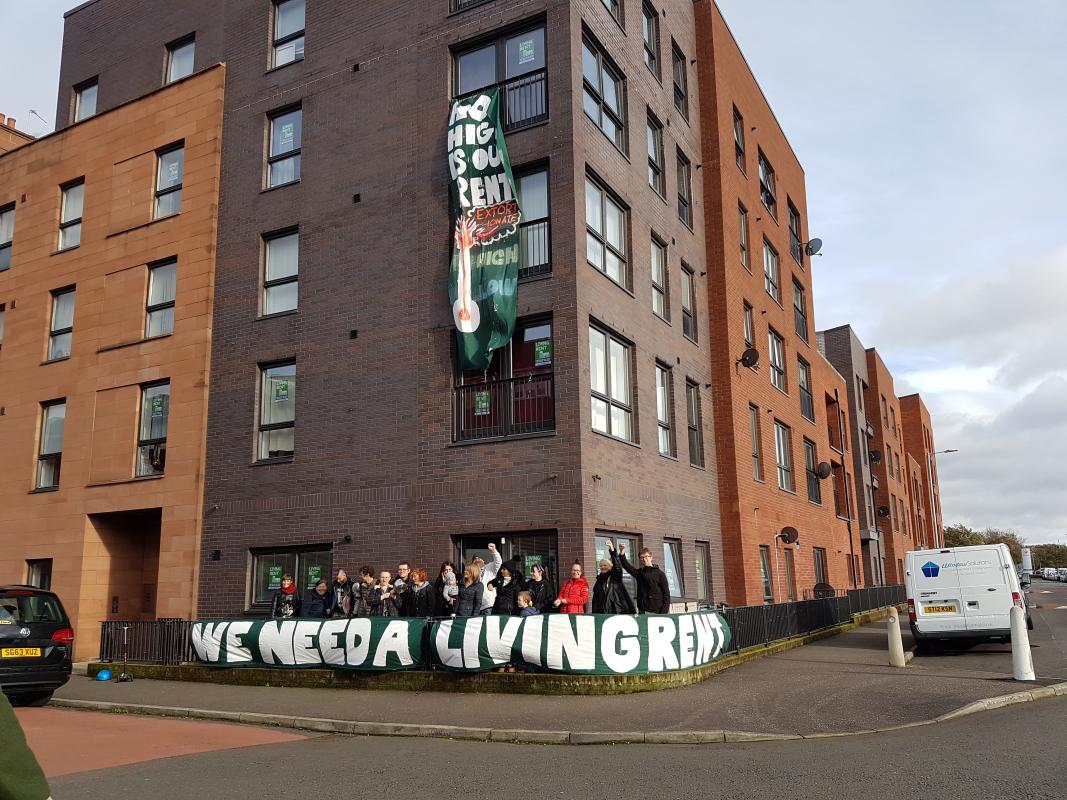 TENANTS OF Partick Housing Association were joined by activists from Living Rent, the tenants’ union, on Tuesday to protest increasing rent costs which they say are leaving residents at “breaking point”.

Every flat in the block in Incholm Street joined the protest, during which residents draped a banner over the side of the building, reading: “How high is our rent? Extortionate.”

Craig Paterson, a Living Rent Spokesperson said: “The residents of Partick Housing, like most tenants across Scotland, face ever increasing rents – rents that are pushing people further and further into poverty.

“Block by block, street by street, we are building this tenants union.” Craig Paterson, Living Rent

“Today’s action is another in a long line of successful tenant led fight-back against ever increasing rents. Block by block, street by street, we are building this tenants’ union.”

Living Rent, which was set up as a campaign group in 2014, has established itself as a tenants’ union in response to increasing demand for its support. Membership of the union is open to anyone living in the tenanted sector, with fees starting at £3 per month.

Some residents of the Partick Housing Association flats already pay over £600 in rent per month, and some fear that rising rent prices will push them into homelessness. The protest aimed to put pressure on the housing association to take action and reduce rents.

“My rent is £200 more per month than my neighbour who has a bigger flat but is with a different housing association.”

“We want Partick Housing Association to take immediate action to lower the rents so they come in line with Partick Housing’s own average for properties this size.”

Partick Housing Association did not respond to a request for comment by the time of publishing.