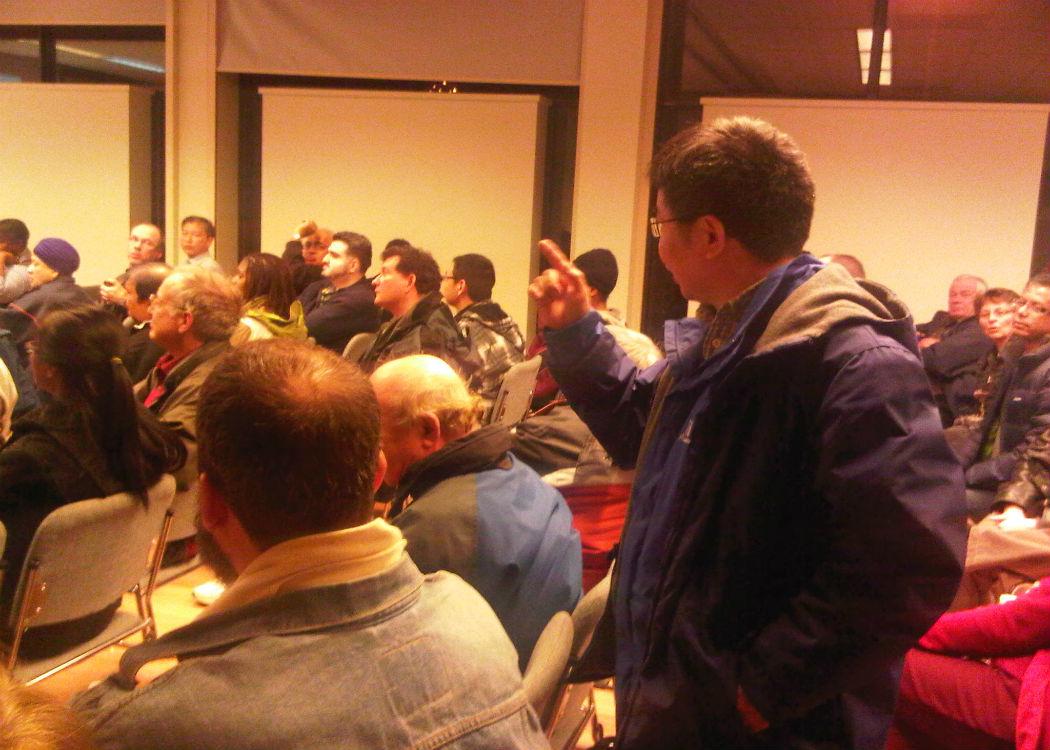 A recent Joan McAlpine column prompted strong debate about the future of local councils, but are the terms of debate missing the real possibility for change to Scotland’s local democracy?

LOCAL democracy is the dog that never barks. All parties and all of civil society in Scotland appear to be for changing local government to make it more democratic, more accountable to communities, more, well, local; and yet nothing ever happens. Joan McAlpine, SNP MSP, may have helped shine a light on why, with a refreshingly blunt article in the Daily Record, that has stirred controversy.

McAlpine began the article by asking: “Who do you trust more, your local council or the Scottish Parliament?” Jim Murphy’s proposals for ‘devo-max within Scotland’ – devolving many of the new Smith Commission proposed powers from Holyrood to local councils in Scotland – were, according to McAlpine, an attempt to “bring down” the Scottish Parliament and “channel money back to their cronies”. “That’s not empowerment.” McAlpine added. “It’s empire building.”

What McAlpine’s piece has revealed is the power dynamics involved in any moving and shifting of powers. While many politicians may theoretically agree with the notion of local government reform, to do so would be to take power away from somebody. In practice, vested interests usually win.

Scottish Labour have fired back, arguing McAlpine’s “rant” proves the SNP are obsessed with centralisation. The Scottish Greens local government spokesperson, Alison Johnstone MSP, said the Scottish government should clarify whether they shared McAlpine’s view, arguing local councils “have been bearing the brunt of the SNP’s centralising tendencies for some time.”

“Local Government is not the evil empire.”

There was even criticism forthcoming from within the SNP, with Calum Cashley, a former SNP candidate, stating McAlpine’s argument was evidence of “a politician out of touch, arrogant and unthinking”. Cashley added: “Local government is not the evil empire.”

McAlpine’s outburst appears to have stirred debate, but which kind of debate? Local councils versus Scottish Parliament; Labour versus the SNP?

Robin McAlpine (no relation to Joan), director of the Common Weal think-tank and campaign group, tells CommonSpace that there is “a real risk” in the terms of the debate set by Joan McAlpine’s piece.

“There is a real risk that the debate on local democracy in Scotland becomes a debate between Labour asking for more power and money for a local authority sector it sees as its stronghold and an SNP government refusing to devolve any more power or money from a parliament it dominates,” he says.

“The problem is that this territorial dispute completely ignores the interests of the people of Scotland who are living in possibly the least locally-democratic country in the developed world.”

For Professor Paddy Bort, the promise of the referendum is now threatened by party politicking. “We have just had a referendum that was experienced as a massively empowering thing.” Professor Bort says. “There’s now a standing army of people in Scotland who want to get involved in changing their communities. But our local government structures won’t allow that to happen.”

Professor Bort, politics professor at Edinburgh University, is a co-author of ‘The silent crisis’, a Reid Foundation report on local government which argues that Scotland has the biggest local councils and the least number of people standing for election in Europe, and that if the country serious about local democracy it needs a new layer of local government at the community level.

“I guess one of the best and most surprising events of last year was the publication of Cosla’s Strengthening Local Democracy report.” Professor Bort says. Cosla, the representative body of local government authorities in Scotland, surprised many with its report, produced in August 2014 after extensive work from a commission of the same name, which proposed radical changes to make smaller local councils that are more democratic and community-led.

“It went far beyond just defending, shoring up or expanding existing councils’ powers,” Professor Bort argues. “There were no holds barred, all options, of many more and smaller councils, of elements of direct and participatory democracy, laid out for further, and urgent, debate.”

“Rather than refuting claims of a centralising SNP government, it underlines and reinforces them.”

Professor Bort says that the Cosla proposals, as well as the Islands manifesto, a report produced by the three island councils in Scotland on expanding and improving local democracy in the islands, “amount to a momentum around radical local government reform, which Joan McAlpine’s partisan, ill-informed and misleading diatribe neglects completely.”

“Rather than refuting claims of a centralising SNP government, it underlines and reinforces them,” he adds.

The Scottish government’s Community Empowerment Bill, currently making its way through parliament, was criticised by the chair of Cosla’s Strengthening Local Democracy commission, David O’Neill, who argued: “The Bill does not contain the legal or constitutional underpinnings that I believe are required to strengthen local democracy in Scotland, and which would provide communities with the rights that other countries have long enjoyed in this regard.”

Professor Bort agrees, believing the Bill is “fine in and of itself”, in that it gives local government more economic power, but remains within the overall existing local government framework which “just doesn’t work”.

“There needs now to be a clarification of what the government at Holyrood intends to do with local government reform – beyond the confines of the Community Empowerment Bill currently going through parliament,” he says.

Professor Bort believes Scottish Labour has up to now “paid lip service” to genuine local government reform. “Labour have to show they are really serious about looking at all aspects of local democracy,” Bort says, “and have to show they will work with other parties to do it.”

Will the inertia around local government from Scotland’s two main parties be broken?

Robin McAlpine believes that neither the SNP nor Labour “take local democracy seriously”, but is convinced that the argument can be won. Common Weal have put real local government reform near the top of their policy campaigning priorities over the next six months.

“Joan McAlpine is right that devolving more powers to our existing authorities will do nothing to improve local democracy and her opponents are right that Scotland is one of the most centralised countries in the world,” McAlpine adds. “We need a new layer of genuinely local authorities which mean communities can take democratic responsibility for decisions that affect them.”

Professor Bort agrees, and believes that a “local democracy convention, on the basis of COSLA’s, Common Weal and Reform Scotland’s proposals” is needed to take local government reform forward.

“The referendum campaign has shown that there are tens of thousands all over Scotland who not only complain about the lack of local democracy, but are prepared to take on responsibility in running local affairs in a democratically accountable way.”