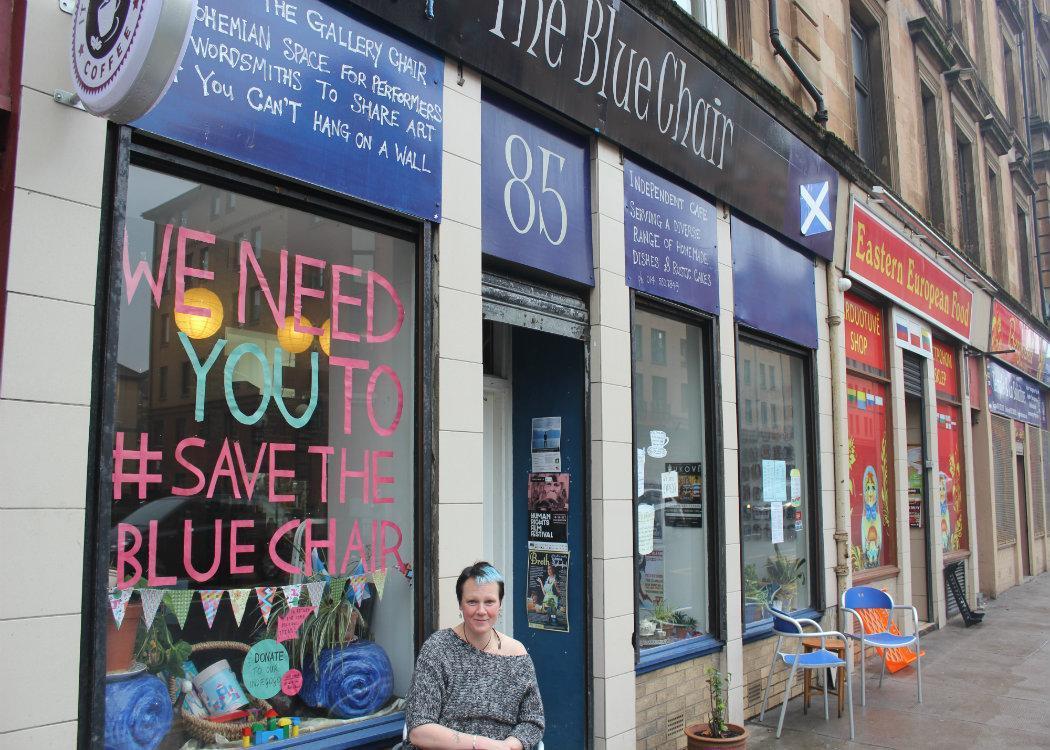 THE CAMPAIGN TO SAVE a popular cafe venue in Glasgow from the threat of council eviction has gained the backing of local SNP and Green party representatives.

Cafe owner Lorelle McGurran and a community campaign are facing a race against time to save the new venue, which built up debts during its first year in operation but has now started to turn a profit.

Political support for the campaign follows statements by City Properties, the council-owned landlord, that it is willing to negotiate a deal to save the venue.

City Properties, which itself took out PS120m of debt when it was established in 2010, has previously faced criticism for an aggressive rent collection strategy .

Sandra White, the MSP for the area, has backed the campaign and attempted to broker a meeting between the cafe owners and the landlord.

White told CommonSpace: “I have written to City Properties and asked to facilitate a meeting with the owner of The Blue Chair cafe and the land lord, City Properties.

“My greatest concern is that we’ve been through this before. It’s a historic area in the High Street and the way these small shopkeepers and tenants have been treated by City Properties is appalling.

“Eva Bolander, local councillor, is meeting with the team from the cafe to offer support. We’re all together on this making sure the cafe stays open and on providing other businesses that are still fighting against how they have been treated with support.”

Bailie Dr Nina Baker, local Scottish Green party councillor, who has been supporting City Property tenants in the area, added: “The Blue Chair cafe is a very popular wee place with great food and an excellent venue for acoustic and spoken word entertainment.

“I would like to see it succeed and become sustainable. If there is anything City Property can do to be flexible about a repayment plan, then I think they should work with the cafe. It is in no one’s interest to see a business go under and yet another empty place lying unlet on the High Street.”

The Blue Chair Cafe, since it was opened in 2013, has hosted political campaigns, been used as a performance space and hosts a ‘serenity cafe’ to support people recovering from drink or drug addiction.

Customers, who aim to save the venue, have so far raised almost PS2,500 through an online fundraiser.

McGurran expects to either save her venue or face eviction before the end of October.