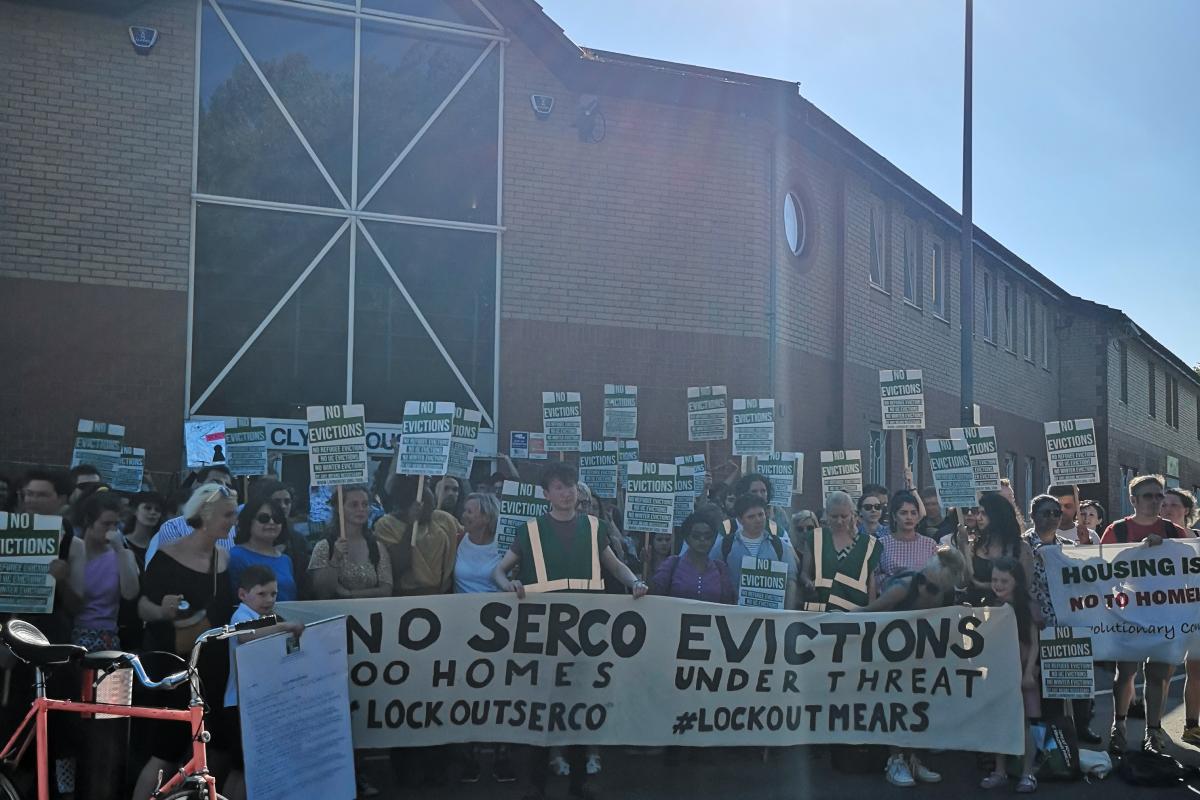 Crowds walking to the demonstration site chanted “Serco out of Glasgow” and “Housing is a human right”.

HOUSING rights campaigners tied a chain in front of Serco’s Clyde House for protesters to attach padlocks to in a symbolic act against lock change evictions threatening 300 asylum seekers.

The protest on Thursday evening, organised by the Living Rent Tenants’ Union, came as the outsourcing giant began the process of evicting 300 asylum seekers last week.

Serco claim that they will only evict those who have exhausted their asylum process, but campaigners argue that residents have received lock change notices who still have the right to appeal the court decisions on their right to remain in the UK.

In protest at the planned evictions, Living Rent also read out a 21 day eviction notice against Serco as part of their “Lock Serco out” campaign to around 100 demonstrators.

One Living Rent Member who wished to remain anonymous told CommonSpace: “It’s been a year since the public in Glasgow were completely outraged at the fact that Serco proposed this method of lock changes. Now we cannot believe that it’s got to the point that they’re proposing it again.

“We want to call out Serco, and Mears as well for their involvement in deferring responsibility back to Serco back to the contractors, and we’re going to do everything in our power to stop these evictions and prevent them from happening. We have solidarity with everyone who is having to go through the complex asylum process at the moment, we know that people are afraid, we know that they’re terrified.