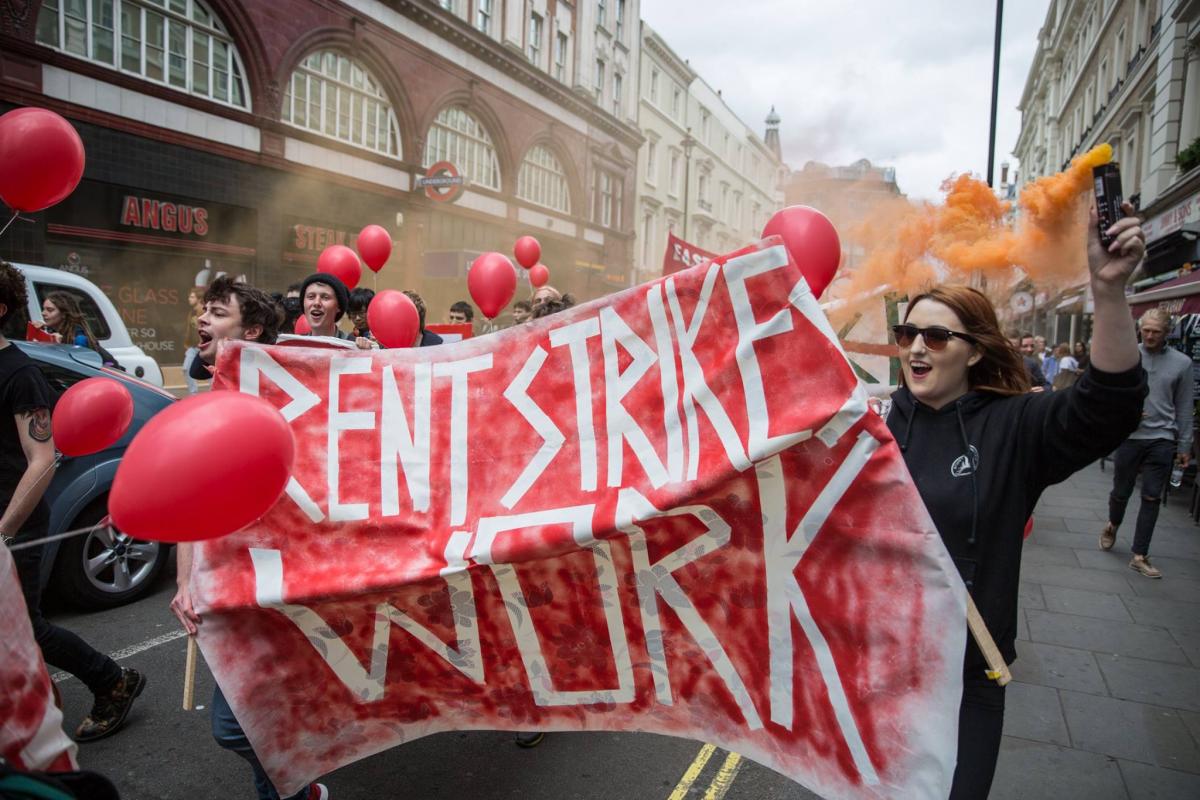 THE FIGHTBACK AGAINST sky-high rents at a major London university has won a multi-million pound set of concessions from management organisations through organising a rent strike.

‘UCL Cut the Rent’, at University College London, have coordinated two years of protests against the rapid escalation of rent costs in campus managed accommodation. Campaigners said the high costs were pushing young people into ever increasing debts and limiting access to higher education.

In a major victory, UCL accommodation confirmed a series of concessions after tenant rent strikers took action. £600,000 will set up an “accommodation bursary”, a further £600,000 will fund a rent cut in 2018/19, and £258,000 will support a rent freeze. Previous concessions in 2016 to the campaign mean a total of over £2m in cost changes have been won by activists taking action to change housing policy.

Shelly Asquith, Former Vice President of the National Union of Students, said: “Students at UCL have won an historic victory, with a huge concession from management. By withholding their rent, students have dealt a huge blow to for-profit education; forcing UCL to lower rents and offer bursaries to help with costs. UCL Cut the Rent played a blinder during negotiations, and this three year action has resulted in concessions worth millions of pounds. NUS now expects this to be replicated elsewhere, and will continue to support students on rent strike.”

Becka Hudson of the Radical Housing Network, added: “The victory of UCL students has already strengthened the housing movement as a whole. The potential for the tactic to be adopted by others, to push back against untrammelled rents, housing insecurity, awful conditions and escalating dispossession and to win better conditions, cuts or caps on rent and more is huge.”

In Scotland the Living Rent Campaign, establishing itself as a national tenants union, is gathering pace. It already scored a key victory in winning moderate, localised rent control powers under Scottish law.